America vs. the world (rant)

thankagaper
Posts: 293 - Karma: 2,377
Karma: 2,377
Posts: 293
Loner
if you didnt get to see the NS movement in the US ten years ago, you missed out. skiers werent allowed in the park and moguls skiing and aerials were the only acceptable methods of freestyle skiing (FIS). real freestyle skiing was actually prohibited and frowned upon. more rules from the old country, Europe had created this standard for skiing, until America broke away from their terrible shackles once again with the invention of the snowboard. The light of freedom shined again and the US was once again setting standards and doing things that were actually cool.

Now it seems we've lost our grip on things. The same things that used to make skiing stupid are returning, and it stems from Europe. In America we want style, and freedom, and pure shred. Europe wants aerials,  with no style, and someday they will issue an FIS sanctioned trick list barring any deviation from what they think proper style is. this will prove itself in the coming months of halfpipe competition skiing and the never ending road to the olympics.

"Newschool" skiing originated in the late 1990s when freestyle skiers, discouraged by constrictive laws placed on the sport by the International Ski Federation (competitive skiing's governing body, known by the acronym "FIS"), began trying their tricks in what were at the time snowboard-only terrain parks. Early newschool skiers were very aware of the developing style and attitude of snowboarding, and adopted these for their own sport. The Newschool Skier is related more to the snowboarder in his/her style than to the traditional skier's style.

The FIS freestyle skiing events were governed by restrictive rules that were unpopular in the growing ski community, and slowed down the progression of the sport. Such rules included a ban on inverted tricks in mogul runs, a limit on the number of flips in aerial competitions, and a lack of ski park or pipe competitions. The "Newschool" movement was a breakaway faction of the freeskiers who were unhappy with the FIS.

The breakaway faction was led by the New Canadian Air Force, which included the "Godfather of freeskiing", Mike Douglas, and others such as JF Cusson, Vincent Dorion and JP Auclair. Also contributing significantly in these early days were Julien Regnier and "the Three Phils", namely, Phil Larose, Phil Belanger and Phil Dion, all of whom were teammates at Dynastar. After helping Salomon develop their first twin-tip ski, the "1080", the New Canadian Air Force began jumping and filming in traditionally snowboarder dominated terrain parks.

In recent years, many ski resorts have introduced terrain parks where skiers and snowboarders can attempt tricks. These parks include many features like rails, boxes, jumps, hips, quarterpipes, and halfpipes. A popular choice of equipment for this terrain is the twin-tip ski. Twin-tip skis come in all shapes and sizes, and were originally made specifically for newschool skiing. The varieties of twin-tip skis are now more versatile, being marketed towards skiers of all styles and abilities. Twin-tip skis are turned up at both ends to allow for both regular (forwards) and fakie (backwards) skiing (see http://www.freezeonline.com/freeze/how_to/article/0,13122,330959,00.html).

There are several relatively small companies that have supported and greatly added to the progression of Newschool Skiing. These companies, including Line, Armada, Liberty, Ninthward, and 4FRNT, as well as others, make skis specific for Newschool Skiing. Line is believed to be the first newschool skiing company, and celebrated its 10th anniversary in 2005. In 2006, Line was bought by K2 Sports. Contrary to popular belief, the K2 Poacher was the first mass produced twin tip ski to hit the market. Dynastar's Concept, Salomon's 1080, and Rossignol's Pow Air were not far behind.

A terrain park is an outdoor area that contains terrain that allows skiers and snowboarders to perform tricks. Terrain parks have their roots in skateparks and many of the features are common to both. One of the first in-bounds terrain parks was the "Snowboard Park" built in 1990 at the Vail resort[1]. The park was copied soon in other resorts.
Terrain parks (in the United States and Canada) have designations with respect to safety similar to standard alpine slopes. They differ in their designation and degrees of difficulty.

we study the past, so history doesnt repeat itself,
FIS once restricted our movement and now they want to control it.

XtRemE11
Posts: 5655 - Karma: 428
Karma: 428
Posts: 5655
No Life
that stat is so wrong. i could go walk down the street in my town asking people to point out the US and i have no doubt that every single one would get it right. this stat was probably taken from some hispanic town in so-cal where 80% of them are illegals and havent even seen a world map.
and OP, as much as i love America, i have to say your a dumbass, we had a huge part if not the biggest part in the beginning of NS skiing, but Europe and Canada still have given us some of the best, most progressive skiers out there.
Dec 10 2010 2:57PM 0 0

john.stossel
Posts: 943 - Karma: 5
Karma: 5
Posts: 943
Insane
i think americas style is actually not as cool anymore cause everybody is trying to be like someone elses style. I think in european people have the sickest style now cause they just do it as naturally as possible, which makes it awesome.
Dec 10 2010 5:41PM 0 0 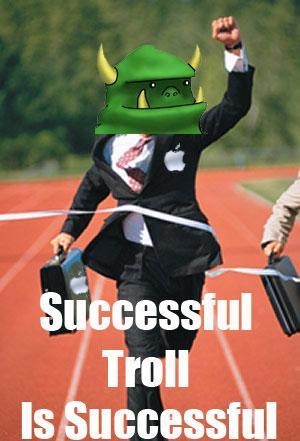 please dont think this is all of wat america thinks. this guy is such a dumb ass.