triebby
Posts: 8670 - Karma: 2,163
Karma: 2,163
Posts: 8670
Crazy Fool
They were busy pushing the jump for it today. It's basically right underneath the Three Kings chair where part of the opening day park was. I don't know how if this is completely factual, but I heard that they are building it for Monster team athletes and that it's not going to be open to the public.
Dec 4 2010 11:00PM 0 0

treebeard
Posts: 3558 - Karma: 814
Karma: 814
Posts: 3558
Addict
i mean, a public airbag at pc would be one of the dumbest ideas ever, legally speaking. just think of how many kids with scary style would be hucking dubs with absolutely no idea of how to properly do one. park crew and ski patrol would be shutting down the jump every 4 hits.
cuz yeah, you're still landing on an airbag, but that doesn't give you the ok to do shit 150% above your level.
Dec 4 2010 11:13PM 0 0

DeebieSkeebies
Posts: 31168 - Karma: 43,103
Karma: 43,103
Posts: 31168
Basement Dweller
Yeah. Like 2 people fucked themselves over earlier today. I guess one snowboarder got like no speed and just decked it really bad. Lifeflight came at towards the end of the day.

wazawski
Posts: 756 - Karma: 158
Karma: 158
Posts: 756
Ridiculous
that would be so sick if they did have one all season open to the public. but yea, i think people will get the impression that since it's an airbag, there's no way to get hurt on it and just huck themselves like crazy. any more info on what the deal is with the airbag?
Dec 5 2010 11:49AM 0 0

PattyFow
Posts: 540 - Karma: 51
Karma: 51
Posts: 540
Ridiculous
i know of two people that have blown their knees on the second one, its a fucking rough landing if you come up short. just gotta point it. feel bad for em, rough way to end the season.
an airbag would be sick as hell though.

titsLOL
Posts: 7485 - Karma: 395
Karma: 395
Posts: 7485
Crazy Fool
Park crew taking away from our park to pay attention to a stupid air bag jump that like 3 people can hit... that's pretty whack if you ask me. I would think those guys would be capable of learning tricks on snow... they've already come this far.

triebby
Posts: 8670 - Karma: 2,163
Karma: 2,163
Posts: 8670
Crazy Fool
Personally, the bombed landings didn't bother me today. I realize that the park crew could have been doing more to fix them, but I feel that the reel culprit was the shitty granular snow just under the surface. Once that stuff starts to come apart and get moved around, it is impossible to shape it and get it to set unless you get new snow to mix in or groom it with a cat and let it set overnight.
Dec 8 2010 1:13AM 0 0

It's aboot time I pop in and see whats up back up in the mountains...

I'll deal with bombholes today, since that was the biggest comment on the blog back in the day during the parks the first month they were open.

Natural snow can grip together better, think of it as putting your hands in front of you and interconnecting your fingers.  That's a great thing about natural snow, how it bonds.  Man-made snow on the other hand is like closing both fists and pushing both hands against each other so the knuckle on one hand is next to the knuckle on the other hand.  Your hand may fit those curves and will take a bit of pressure to release from side to side but there's no way you can get the snow crystals to stick together without letting it set up for long periods of time.

So, your natural snow has say, 5 to 10% moisture content there in the wasatch.  manmade snow can get down to maybe 15% if you've got a super crisp cold night.  Therefore, think of manmade snow like sugar.  At the beginning of the seasons we use to try to get landings sloped and that would help out a little bit with bombholes, but regardless of the landing at this point in the season if a bombhole starts you can't fix it without closing the feature for an hour or more.  Throwing snow back in there, listening to kids yell at you the whole time because the feature is closed, and then opening the feature back up 2 minutes later doesn't give the snow any time to set up, and then the snow just blows out to the side and creates a bigger hole.  so the easiest thing to do, when a hole forms,  is scrape a little bit of the edges away, throw a little bit of snow in there if you can, and practice your landings on less then perfect conditions.  As it continues to snow into the season and the new snow meshes and takes over from the old snow, then you get landings that hold up better.  But then the more you work the snow the more like sugar it becomes and it's just a never ending cycle.  For Jons jump way back when, during the initial push on the booter itself, the snow was just like sugar, the cats were leaving less than ideal tracks when they tried to back blade.  So we let it set up, had some pizzas (which is a long trek from jonesys to the base area to get your delivery in an old bombi...) and then shoveled the final shape by hand.  I set the tiller on it and put the final corduroy on it maybe an hour before it started getting hit.

All i'm tryin to say is... even though the bag jump was set up, and everyone always knows more than the park crew ;) , give it a rest this close to the beginning of the season because, as much as you guys hate hitting stuff that's not perfect, I know i hated it when stuff wasn't perfect and so did the rest of the guys on the crew that rode the features more than I did.  Early season snow, even though there's a ton of new snowguns and a ton of new snowmaking capability on three kings, sucks no matter which way you push it.

Thanks for your time, and i'll see some of you 'round when I come up and strap on the skis and/or board again.

DeebieSkeebies
Posts: 31168 - Karma: 43,103
Karma: 43,103
Posts: 31168
Basement Dweller
I understand why the bombholes are like the way they are. Shitty sugary snow I guess. This warm weather has been sort of killing the snow conditions and making them kind of bad for the parks. But hey, Snow is snow and I am satisfied whenever I am shredding. Snows much better up top near jupiter bowl. The little storms that bring small amounts are making somewhat small powdery conditions I guess you can say. The trees are fun. But it would be far more better if it dumped a lot sometime soon haha. Hopefully around christmas. I'm getting a wee bit tired of this kind of warm weather.
Dec 9 2010 10:52PM 0 0

heFF
Posts: 5786 - Karma: 4,445
Karma: 4,445
Posts: 5786
No Life
eheath-i don't know who you think you are and don't really care but you need to get your mind right and your head out of your glute..this Monster Extreme branded airbag kicker thing saw some of the sickest most dangerous arial maneuvers ever witnessed by man..granite the kicker and hangtime was smaller and shorter than the second jump in the extreme booter line but i heard shit went DOWN! ..probably going to win some awards for the most extreme thing this year...anyways MAN...I don't know if i've ever met the infamous sheheath, but you've put a bad taste in my mouth
Dec 14 2010 11:05PM 0 0 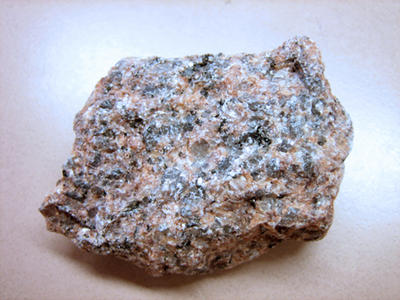 anyways, do we have any idea when the rest of the mountain should open? its obvious we need more snow, but i saw eagle running today... if eaglet park opens soon that should help with crowds a wee bit.
Dec 15 2010 12:10AM 0 0

TBAGGER
Posts: 5 - Karma: 10
Karma: 10
Posts: 5
Newb
you are a fool.  natural snow in utah has no moisture it wont bond, man made snow has moisture it bonds with anything  real quick like, to fix a feature by hand its about the prep work it can be done. the new snow takes over? how is that, wtf. good luck changing the crystals in the old snow without mashing everything over and starting from scratch.  with sugar snow back blading  comes out perfect, if you have a clue,  which you dont.    hand shovel the final shape, wtf? then put the tiller on it after you did the hand work?  you kill me with your stupidity and lies.    hand work,  then cat work your a damn fool!  drive down to the base to get pizza and till it out just before people hit it?  when is that 6 in the morn, like wow bro pizza is open early i guess.  please dont waste our time thinking you know what you are talking about  its better you just give it up since you dont have a clue.