In honor of Veterans Day

arneson
Posts: 427 - Karma: 144
Karma: 144
Posts: 427
Ridiculous
Whats an awesome, sad, courageous, memorable, honorable, story that you have heard from a Veteran?
My grandpa jim was out on pelelui island and was on a night patrol and noticed the something shiny in the bushes.. it was a belt buckle, a enemy taking a leak. they threw a couple grenades and took control of a munitions dump on the island. 20 dead. he won a bronze star for that. and his 92nd birthday was last wednesday.
Nov 11 2010 7:43PM 0 0

My other Grandpa and my Great Uncle were both Naval Officers on the same Destroyer during the Korean War.

dat.ass.
Posts: 116 - Karma: 10
Karma: 10
Posts: 116
Pro
a good friend of mine was a navy seal and had a crazy experience in Afghanistan. his name was marcus luttrell. in fact, he wrote a whole book about it called lone survivor. basically, his team of seals got ambushed in afghanistan due to the ROE's and everyone died but him. 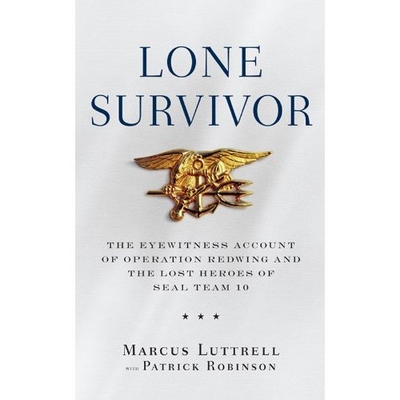 Mom's Dad was a kitchen chef because he messed up his back during a night training jump out of a plane. Didn't really get a lot of combat stories as he never really fought. He died last January. RIP

Dad's Dad. Was on carriers in Korea. Traveled to many Pacific islands. Flew from Hawai'i to Japan in the bottom gun turret of a B-25, I can only imagine how awesome that was. One night he was on deck, slipped and fell off the side of the carrier, if it were not for the netting on the side of the boat, he would be in Davy Jones' locker.
Nov 11 2010 11:51PM 0 0

Phormat
Posts: 774 - Karma: 20
Karma: 20
Posts: 774
Ridiculous
My dad was a sonar technician/operator on a sub, he's been through a couple of standoffs with the ruskies. My brother was in Afghanistan, was walking up to a house to talk with some village elders, when all of a sudden mortars started to come down all around him. He showed me pics of his base, and I noticed there was an AA gun at one corner, I'm like, "wait but the Taliban don't have planes or helicopters". He's says, "We use it on people". He also described painting a target with laser, then watching F-16s drop some nice JDAM on an enemy encampment.
Nov 12 2010 12:49AM 0 0

SCOO-WOOP
Posts: 1263 - Karma: 238
Karma: 238
Posts: 1263
Insane
^^
AA guns literally shred people to pieces.
My grandfather was a bomber pilot over Europe in World War 2. He watched bunch of his friends die. He was one of the first on the scene to see a concentration camp liberated. He HATED Gen. Patton, cause he wouldn't stop moving his forces forward while operation cobra was going on, so he had to have his bombers drop bombs on our own men. He was the coolest grandpa ever.
Nov 12 2010 12:59AM 0 0

His dad was essentially a spy for the FBI during WWI and WWII (too young for WWI, too old for WWII) because he worked in a machinist shop making parts for American aircraft and they had him make sure no one was intentionally sabotaging anything.

On my mom's side her dad had three brothers. One died on Guadalcanal, another on Iwo Jima, and the third on Okinawa. her dad served at all three and survived. He hated himself for it for a long time.
Nov 12 2010 1:04AM 0 0

Horizon
Posts: 368 - Karma: 16
Karma: 16
Posts: 368
Loner
My grandpa was a merchant marine in WWII.  He joined when he was 16.  One story he told my mom was heartbreaking.  He was off a coast on a smaller boat and was playing cards with a group of friends.  He got off and the second he got to shore, a bomb blew up the boat with his friends in it.

He also had a funny story.  On the ship him and some friends dismantled a washing machine and put it back together in a hiding spot for only their use lol.  The higher ups never found it.

Campeador
Posts: 7516 - Karma: -1,224
Karma: -1,224
Posts: 7516
Crazy Fool
my grandfather fought in the British 11th Armoured Division in Normandy.
The 11th was the division that liberated Bergen Belsen. Needless to say, he never talked about what he saw there, although he did tell me a story about when his tank was impacted by a nearby shell, he broke almost all the bones in his right hand, good thing he was a lefty.
Nov 12 2010 6:01AM 0 0

My great grandad was something like marine in the first world war, and was a POW for a couple of years in the Black Forest, Germany. He tried to sign up again in the second world war, but was injured or too old (cant remember). He eventually managed to become a fireman instead.
Nov 13 2010 8:11AM 0 0

No_Dub
Posts: 3357 - Karma: 292
Karma: 292
Posts: 3357
Addict
my neighbor was a belly gunner on a bomer durring wwII. as you know, those guys almost all died because they had no protection (a glass globe surrounding them), was shot up pretty bad. the glass broke and tons of glass schrapnel went into his back. he managed to keep shooting and eventually crawled back up into the plane. his back is one solid scar.
Nov 13 2010 10:12AM 0 0

PartyHon
Posts: 2019 - Karma: 425
Karma: 425
Posts: 2019
Addict
My grandfather was in the 10th Mountain Division(WWII). he learned how to ski during training. he was in command of a couple of mortars and during a battle he was shot in the leg and said"fuck this," took his tommy gun and unloaded a good 3 clips onto the enemy below. he is still alive to talk about it today.
My other grandpa has in the same division and remembers when they were hiding out in an abandoned house. they saw the germans coming but they were drunk screaming things in german. being it the middle winter they didnt go outside but picked the germans off one by one
Nov 13 2010 10:41AM 0 0

vailsux.com
Posts: 1769 - Karma: 439
Karma: 439
Posts: 1769
Insane
My grandfather fought the nazi's on christmas eve. They set up a loud speaker and announced that they were going to come in the night and slit everyone's throat just like George Washington did at trenchtown to their ancestors. They did not succeed.

on november 11 at 11 am the guns were silenced. WWII was over (we all knew asia couldn't bring it)

Thank you veterans for shaping the world I live in.

Granpa Miterko and Uncle Richy thank you for putting you efforts in to create the greatest country in the world.

Love learning about greeks and Romans

I fully support the fact that if the Greeks lost the Punic wars democracy and western culture would be lost altogether.

ski-or-die
Posts: 770 - Karma: 17
Karma: 17
Posts: 770
Ridiculous
my great grandfather ("Canadian") was honorably discharged from the infantry during WWI. My grandfather was born in the 30's the 4th of ten.

DeebieSkeebies
Posts: 30975 - Karma: 40,888
Karma: 40,888
Posts: 30975
Basement Dweller
My great grandfather was on the USS Indianapolis, the ship that helped transport the atomic bomb to end the war. Not really courageous or anything but the ship got torpedoed on the way back and everybody got ate by sharks. The fucked up thing about it is the government tried to cover it up as if it never happened.
Nov 11 2011 3:52AM 0 0

Skithedeep
Posts: 645 - Karma: 39
Karma: 39
Posts: 645
Ridiculous
My Grandfather was a B24 bomber pilot in Northern Africa and Southern Italy/Sicily during WWII. During a bomb mission in Sicily, his plane was basically destroyed by enemy fighters, flak and artillery. There was barely a square foot of the plane without a hole in it, 3 of 4 engines were completely destroyed, with the fourth at about 50% power, the rudder was completely blown off, along with most of the instruments disabled. He was able to crash land the plane safely in enemy territory with no injuries to his crew, besides his bombardier who was killed by ground artillery early into the mission. After the plane was on the ground, my Grandfather and the 8 remaining crew members fought off a group of enemy soldiers with 4 Colt 45 pistols, and three operable 50 cal machine guns attached to the plane. During the firefight, my Grandpas co-pilot was also killed. The firefight lasted about an hour to hour 1/2 until support arrived.
The actions of my Grandfather earned him a Distinguished Flyers Cross (his second of the war, which is the highest honor a airman could earn at the time) along with a Silver Star for his ability to safely land the aircraft in its unbelievably damaged state, and being able to direct his crew to defend themselves and be rescued with only two casualties.
My Grandfather waited to tell me this story until I was sixteen, and asked me to never bring it up again, which I have honored and completely respect.
After he told me this story, I knew right then that he is my hero. A true hero of war, and a hero as a father and grandfather.
I feel like this story is strait out of a hollywood war movie, and knowing that the aged and frail grandfather I have known my whole life was capable of such an amazing act of courage amazes me every day.
Nov 11 2011 3:58AM 0 0

ski-or-die
Posts: 770 - Karma: 17
Karma: 17
Posts: 770
Ridiculous
I don't know it might have even been my great-great grandfather... I've just seen the papers hanging on the wall in before