From pitchfork.......Last night, at the close of their headlining set at Madison Square Garden, Phoenix were joined onstage by French countrymen Daft Punk. The robot duo appeared suddenly as Phoenix performed "If I Ever Feel Better" during their encore and launched into "Harder Better Faster Stronger". Phoenix themselves joined in on the song about halfway through, as it morphed into "Around the World". Then everybody played an extended version of "1901" together. OMFG. Watch videos below.

Here is a link to the article and there are videos there (crappy girl video qualities but still gets the point across). http://pitchfork.com/news/40466-daft-punk-join-phoenix-at-madison-square-garden/

I myself would freak out if Daft Punk just came out of the woodwork during any concert.  And yes it is a cool story. 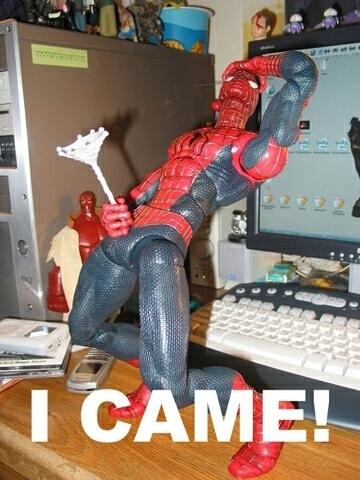 BVT802
Posts: 443 - Karma: 18
Karma: 18
Posts: 443
Ridiculous
dude they can be so secretive with there shows. they'll let the public know like 3 days before a show that they'll be in whatever city and whatever venue and the show sells out in 12 hours. I heard about them on a Tuesday morning at like 4am and when I got to the box office at 6am there was a massive line already and me and my friends were right near the cutoff point. Just keep your ear the ground.
Oct 21 2010 1:32PM 0 0

WikiWiki
Posts: 5584 - Karma: 425
Karma: 425
Posts: 5584
No Life
this- I would actually buy a plane ticket- I like a ton of artists- but for some reason daft punk seems worth it
also I need to go to sensation in Amsterdam before I die- any of you euros on here ever been?

just saw phoenix this past sunday, I wish daft punk was there

but yea phoenix concert was really really good, regardless of how you feel about them they put on a really good live show and it was super enjoyable

NinetyFour
Posts: 8650 - Karma: 13,401
Karma: 13,401
Posts: 8650
Crazy Fool
This is an old dead thread but I love daft so............ Anyways, one of the guitarists from Phoenix, Laurent Braconowitz was in a 3 Man band with Guy-Man and Bangalter before the two became Daft Punk. The band called "Darlin" wasnt that great i guess, and they got a bad review calling them "Just a bunch of daft punk" Then bangalter and guy-man became the due, taking there name from that review, rest is friggen heavenly history. But yeah the two groups are associated acts.
Oct 9 2011 12:46AM 0 0