LC.
Posts: 5952 - Karma: 2,401
Karma: 2,401
Posts: 5952
No Life
Yes, FKS bindings, dubbed by many as the best bindings ever made, and I'm selling 3 pairs. There's lots of info online about what makes these so good but in brief: simple and strong design, short mounting footprint, very high elasticity and heelpiece rotational axis right under your heel. 3 pairs on offer. I'm in the UK so prices are in UK pounds. Shipping within the UK will be about £7, Europe about £15 and USA/Canada £30. 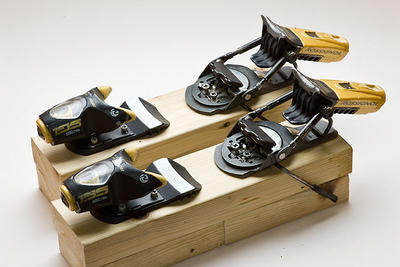 These have been well used but are built to last. The 155 was one of the recent Rossi models before they were discontinued and is identical to the FKS 185/FKS 180/Pivot 18 (full metal toe, no vertical release) but with a more sensible DIN range of 5-14. Not to be compared to the current FKS 140/Pivot 14 which has a plastic toepiece. Brakes are bent to 95mm. £125. 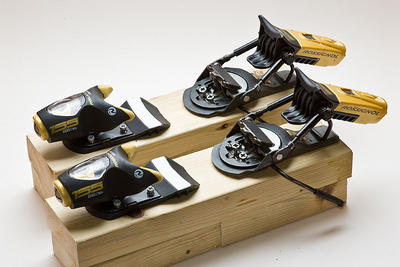 These were on my fat skis last year but were used only around 10 half-days due to lack of good snow, so in excellent condition. Same model as above but with brakes bent to 120mm. £160. 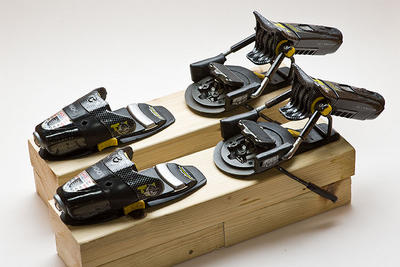 I bought these to use for spare parts but ended up not needing them. Very similar design to the FKS/Pivot but with the older Geze-style toepiece and 5-13 DIN range, seem nice and solid with mostly metal construction and nice carbon-effect finish. Since I've not used them I can't vouch for their performance but they're in good condition. Brakes are bent to 88mm. £80.

I'm willing to swap brakes around to whatever suits the buyer. I've got some more brakes bent to 88mm too and some unbent ones I could bend to whatever you need, plus other FKS spares if anyone needs any.

Final note which should really go without saying: I take no responsibility for bindings being incorrectly chosen for your ability or poorly mounted/adjusted.
Oct 19 2010 4:45AM 0 0

Others still available. Like I said I have some silver 88mm brakes I could swap onto the second pair if 120mm is no good for you.

People have been asking about shipping prices (even though I did list them above) so here's the deal with converted prices. If these prices seem high it's because of the shitty exchange rate so don't bitch: