What a way to shoot yourself in the foot Green Bay.  Everybody on that team should be fired except Aaron Rodgers and Jermichael Finley.  How the hell Brandon Jackson couldn't get any rush yards despite the passing game being wide-out is beyond me.  Any fucking highschooler could get more yards than him.  And how the hell do you let the Bears run the clock down to 8 seconds before kicking a field goal?  You need to let them score so that you can give your unstoppable quarterback the ball back.  That plus his idiotic challenge on the fumble that his cocksucker receiver should have been holding with two hands is why McCarthy should be fired.  And the special teams coordinator deserves to be killed in his sleep.  How the hell do you kick to Devin Hester when your coverage team is shit?  It's common-fucking-sense that you should've punted the ball out of bounds you fucking idiot.  And the fucking klutz who dropped the interception at the end of the game should be fired as well.  Better yet he should have his hands removed because he's not fucking using them anyways.  And the fucking biased officials who called back two Green Bay interceptions on bullshit penalties.  How could you possibly call a late hit if the quarterback is touching the ball when he gets hit? That is fucking ridiculous.

Green Bay has the best quarterback and receivers in the league.  If they hadn't accumulated 17 penalties, and if McCarthy wasn't awful at clock management, they would be a very serious Super Bowl contender. 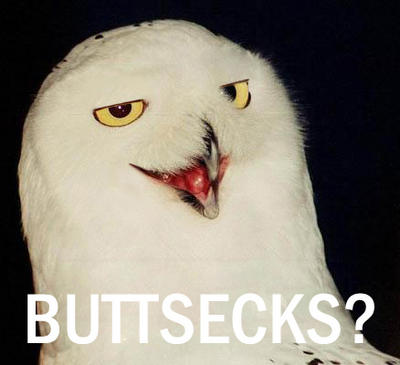 jblaski
Posts: 5480 - Karma: -159
Karma: -159
Posts: 5480
No Life
Actually, the roughing the passer call was for the defense going head to head on the quarterback. They've been calling that a penalty for years now. It wasn't a secret.

And the pass interference call at the end was BLATANT. He grabbed the receiver and pulled him down. Yes, the pass was underthrown, but that doesn't mean you can still interfere.
Sep 28 2010 12:08AM 0 0

The receiver didn't get pulled down + the defender was looking for the ball = no pass interference.  I remember when I couldn't do math.

A_Zuck
Posts: 565 - Karma: 57
Karma: 57
Posts: 565
Ridiculous
sorry for dub-post but you are an idiot. some of these claims are not even true. actually know what you are talking about if you rant like that. It wasn't the late hit that brought back the interception it was the helmet to helmet (which was a GOOD call)
Sep 28 2010 12:31AM 0 0