spark notes: basically fuel is selling out to the latest trends a.k.a. MMA and rally car racing to make a quick buck... seems if anything they are going to be dropping more core action sports content

even worse, all that shit we did with getting wallisch's firsthand highly rated didn't mean anything because as a cable network they aren't even rated by Nielson

more like undergoing the biggest sell out in its history.

fuck that shit, leave MMA for SpikeTV and Joe Rogan.

SmoKinSkier
Posts: 5501 - Karma: 17
Karma: 17
Posts: 5501
No Life
WOOOW figures 2 months after i get at&t u verse and pick up fuel this happens. Not a fan of this at all im not mad at  MMA or anything but it get's plenty of coverage on numerous networks and pay per view. I hope in the long run this hurts fuel and they get back to their roots but i doubt it will 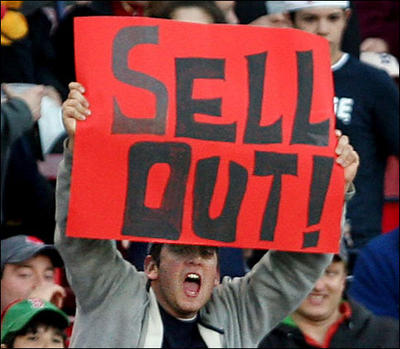 group it with boxing and that shit - there's no individual style, freedom, etc. that is commonly associated with the action sports world
Sep 20 2010 2:28PM 0 0

hawaiiansteeze
Posts: 3255 - Karma: 3,210
Karma: 3,210
Posts: 3255
Addict
idk man MMA is pretty fucking legit. when boxing died UFC really stepped up and drew a big crowd. i think its super entertaining to watch and watch fights whenever i dont pay for them.

but back to the point of the thread i think this is bullshit too. fuel was one of my favorite channels to watch. hopefully theyll still produce some quality shows
Sep 20 2010 2:36PM 0 0

K.C.dia
Posts: 670 - Karma: 275
Karma: 275
Posts: 670
Ridiculous
Fuck you fuel tv. Went from having sick shows to promote good unknown athletes (unsponsored was one of my favorite shows ever) to now showing what every fat redneck fuck in america likes to watch. Leave that shit to spike fuel, go back to being somewhat underground please.

AdrenalineGarage
Posts: 260 - Karma: 232
Karma: 232
Posts: 260
Loner
A couple thoughts.  First, I don't think everyone watching Wallisch's Firsthand and buying the episode was wasted effort.  It's wrong to think of any big organization as a homogeneous group of like minded sheep.  Here is some background.  Fuel was moved into the Fox Sports Division at the beginning of the year.  David Hill, head of Fox Sports, wasn't happy with the network.  He mandated some changes and it's pretty clear that a large segment of the employees are not happy.

The good news, regarding Wallisch, was that it did make a statement.  As the inevitable exodus from Fuel begins, the former employees--dedicated and passionate snowboarders, surfers, skaters and even skiers themselves--who have heard that message will take it to wherever they go.  As the lessons from Bluetorch lead to the creation of Fuel, so too the lessons of Fuel will inform the next incarnation of action sports on TV.

I think the best case scenario is that good action sports oriented programming will continue.  That is the stated intention.  Hopefully, there won't be too much of this bull shit:

The network’s signature prime time show “The Daily Habit” re-launches on October 18 featuring a dynamic opinion-driven, panel-talk format. Capitalizing on the frenetic pace of pop culture, the revamped show includes a mix of stars from the worlds of sports and entertainment who comment and discuss anything and everything, from the day’s craziest viral video to the latest celebrity train wreck. “The Daily Habit” continues to showcase contemporary musical performances that you can’t find anywhere else on TV.
Sep 20 2010 6:02PM 0 0

pomme-de-terre
Posts: 3915 - Karma: 703
Karma: 703
Posts: 3915
Addict
all they are doing is adding rally racing and MMA to their featured programming. its not like they said they are taking away skiing to put those things in.


its going to be OK.

but come on, racing and mma aren't extreme sports. extreme sports as a name sucks anyway and now anything that goes near the x games like rally racing becomes extreme? I don't even know how the fuck mma got in there.

BK
Posts: 2336 - Karma: 831
Karma: 831
Posts: 2336
Addict
The next 20 years will be pretty interesting for this kind of stuff. It will be a push and pull between television and internet and core individuals passionate about their niches vs corporate conglomeration seeking NOTHING more than additional revenue.
Oct 12 2010 3:50PM 0 0

This doesn't add up. If Fuel is trying to go to a wider audience (which, in my opinion, should include our sport) then why choose MMA and such? From what I know, MMA and such isn't nearly as popular as snowboarding or skateboarding (which is why I watch Fuel. I may be wrong, but isn't that one of the main reasons Fuel is popular, because they conduct interviews with unknown boarders and all?) . Also, if they are trying to go a bit mainstream and play what people like, then why not include skiing? It's obviously very popular to someone if all these kids buy Tom's Firsthand on iTunes.

Oh well, we may very well never understand their reasoning for these changes. At least we know we can make a statement by buying and watching any skiing on Fuel.

AdrenalineGarage
Posts: 260 - Karma: 232
Karma: 232
Posts: 260
Loner
I'm not exactly sure what you are suggesting Blake. As I've said before, it's wrong to think of TV in general and FuelTV specifically as monolithic and homogeneous. It's also wrong to think that corporations and consumers have mutually exclusive interests, even when the consumers in question constitute a passionate core. Simply put, if the corporations work against their consumer's desires, they'll be out of business or they'll give way to new competitors. For example, when ski companies refused to engage with snowboarders, they ceded a place in the market for companies like Burton and Rome.

It is certainly easier to think of corporations as monolithic because it's hard to understand what is happening when a corporation sends contradicting messages at the same time, for example paying for a show about Wallisch and then writing this bullshit article. Human beings need a cohesive narrative: something is good or evil. We hate middle ground. The fact of the matter is corporations are no different than other social institutions, like newschoolers. They are both complex groups filled with people who have different agendas and certainly don't always agree.

I can say, having been in the discussions regarding Tom's Firsthand, money did not play a role in the decision. Tom, in the estimation of me, the Senior Producer of Firsthand and the VP of Programming, was simply the best option for a show at the time. If money was a primary factor, we would have chosen another athlete also being considered because his sponsorships lined up better with the network's.

I also have to say, as much as I disagree with him, I believe Brad Farmer's blog post was not indicative of a grand plan. It was Brad Farmer stoking an old reliable flame he thought would please his audience--just like we were. Neither group was out for money. Our group just seems benevolent because you agree with the outcome. More importantly, our group is more at the core of programming decisions than Brad Farmer.

At a meta level, what you are witnessing on the outside is an internal struggle at FuelTV. Do we embrace skiing or do we kiss snowboarder's asses by making fun of it? I don't know what the result of that struggle will be, but as an important participant in the debate, I know which side I am on.

Where Fuel has fucked up is that they have not sufficiently invested in a feedback channel for their community. They are pretty much flying blind, making poor decisions because they aren't listening. If we want to see their money put behind projects we want on TV (Traveling Circus on Fuel, anyone?) then we need to ignore their ignorance and make them hear us.

That's why I thought it was so important to engage with Mr. Farmer and his pathetic drivel. It's easy to ignore skiers saying they're better than snowboarders. That's the logical response. It's attracts a little more attention when you have skiers AND snowboarders tell Fuel they're out of touch, the debate is old and we want integration. I'm tempted to call Brad and see what message sunk in.

Since this is already reeeeeeeeally long, what's one more thought? If you believe that corporations only do thing in their self interest, consider the Banksy opening for the Simpson. I can guarantee you that the same lawyers that were pissed about Wallisch's beer bottle weren't amused by this either.

AdrenalineGarage
Posts: 260 - Karma: 232
Karma: 232
Posts: 260
Loner
I should add, the changes at Fuel are a setback for skiing and all action sports. I too am disappointed in the changes. Like I said in the above post, I believe Fuel made some stupid decisions because they aren't listening. There is one of two outcomes: either a new action sports channel that better fulfills our needs emerges or we engage them as a community and convince them to listen to us. But to believe that all corporations are greedy and not interested in the consumers actually prevents us from getting a result we can be happy with.
I guess if you ask me tomorrow, I'll have a different outlook for skiing on Fuel. haha.
Oct 12 2010 6:30PM 0 0