(CNN) -- The man once known as Canada's "prince of pot" is now a federal inmate in the U.S. system after a judge in Washington sentenced him Friday to five years in prison.

Marijuana activist Marc Emery pleaded guilty in May in U.S. District Court in Seattle, Washington, to a single count of conspiracy to manufacture marijuana after an 18-month investigation into the seed-selling business Emery operated from his head shop in Vancouver, British Columbia.

"There is no question your actions were illegal and criminal and your actions ensured that others broke the law and suffered the consequences," the judge told Emery during the hearing.

Dozens of Emery's supporters gathered outside Seattle's federal courthouse to protest the sentence, which marks the end of a five-year legal battle against a man once described by U.S. authorities as one of its most wanted international drug trafficking targets -- and the only one from Canada.

Emery is the founder of the British Columbia Marijuana Party and the website CannabisCulture.com. His status in Canada as a tireless advocate for marijuana legalization has been cemented through years of sit-ins, demonstrations and runs for political office. By his own account, he has been arrested at least a dozen times since 1995 related to his activism, and Vancouver police have raided his shop several times since it opened in 1994.

In his plea agreement, Emery admitted to operating a marijuana seed selling business with two co-defendants, who entered pleas this year to lesser offenses and were placed on probation in Canada. He also admitted to selling seeds to customers in the United States through mail and telephone orders and in his Vancouver retail store.

"Marc Emery decided that U.S. laws did not apply to him, but he was wrong," said U.S. Attorney Jenny A. Durkan in a statement Friday. "Emery put his personal profits above the law. He made millions of dollars by shipping millions of seeds into the U.S. He sold to anyone who would pay him -- with no regard for the age or criminal activities of his customers. Now, Emery is paying the price for being part of the illegal drug trade that damages lives, homes and the environment."

But Emery and his supporters worldwide have maintained from the start that his prosecution was politically motivated, citing a 2005 DEA press release touting his arrest as a "significant blow" to the marijuana legalization movement.

"Hundreds of thousands of dollars of Emery's illicit profits are known to have been channeled to marijuana legalization groups active in the United States and Canada. Drug legalization lobbyists have one less pot of money to rely on," former DEA Administrator Karen Tandy said in the July 2005 statement, which can no longer be found on the DEA's website.

Emery's lawyer reminded the judge of the press release in his presentencing memorandum, claiming there are other seed selling businesses in Canada that the U.S. government chose not to go after.

"The only thing that makes Mr. Emery unique or different from most of these other seed sellers is that Marc donated his proceeds to help fund lawful marijuana legalization efforts throughout the United States and Canada. On this record, no one can (or should) take the government seriously when it claims that this case was not politically motivated," Richard Troberman wrote.

But the U.S. Attorney's Office said that Emery's personal politics had nothing to do with his prosecution.

"Through the years, and in various contexts, Marc Emery has meant different things to many people. But in the context of this federal criminal prosecution, Emery stands before the court as many others have before him -- as an admitted drug dealer who has entered a plea of guilty to a large scale marijuana trafficking conspiracy," the U.S. attorney's office wrote in its presentencing memo. "The government's case was investigated and prosecuted without regard for Emery's personal politics, his political agenda or the ways in which he chose to spend the proceeds of his drug crimes."

With Emery in prison, his wife, Jodie, has become the face behind their cause, which has not fallen dormant in his absence. Rallies to support Emery and the legalization movement will be held in more than 70 cities across the globe on September 18, she said.

"It's going to be a long, difficult road ahead, but we'll be able to make it with all the support we have," she said.

Emery also remains firm in his beliefs, though in a letter to the court, he admitted his means may have been self-defeating.

"It was my sincere belief that the prohibitions on cannabis are hurtful to U.S. and Canadian citizens and are contrary to the U.S. and Canadian constitutions. I was, however, overzealous and reckless in pursuing this belief, and acted arrogantly in violation of U.S. federal law. I regret not choosing other methods -- legal ones -- to achieve my goals of peaceful political reform."

"Marc Emery decided that U.S. laws did not apply to him, but he was wrong," said U.S. Attorney Jenny A. Durkan in a statement Friday. "Emery put his personal profits above the law. He made millions of dollars by shipping millions of seeds into the U.S. He sold to anyone who would pay him -- with no regard for the age or criminal activities of his customers. Now, Emery is paying the price for being part of the illegal drug trade that damages lives, homes and the environment."

"Hundreds of thousands of dollars of Emery's illicit profits are known to have been channeled to marijuana legalization groups active in the United States and Canada. Drug legalization lobbyists have one less pot of money to rely on," former DEA Administrator Karen Tandy said in the July 2005 statement, which can no longer be found on the DEA's website.

-Since when is the suppression of free speech a good thing? Btw, your attempt at a pun was awful and confusing. 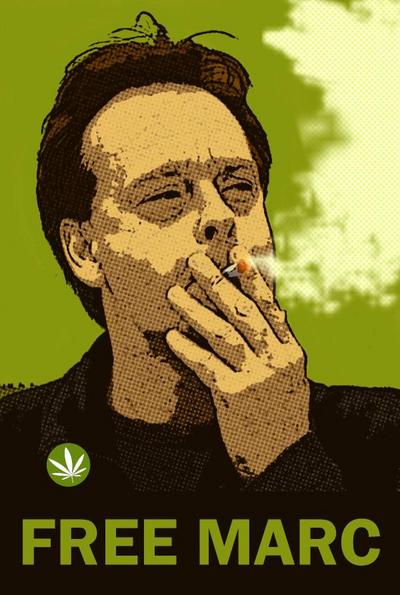 skiskate
Posts: 787 - Karma: 813
Karma: 813
Posts: 787
Ridiculous
Im more ashamed of the Canadian government than the Americans. Seeds are legal in Canada so for him to sell them here is not a problem, but him selling to the states was asking for it, he knows they are hard up on drug laws and would probably eventually come for him. What I think is fucking stupid is that the Canadian government just let the dea walk right into Canada and organize the raid on Canadian soil, and then to allow the extradition to the US. He never sold weed he just sold a fucking seed. Still he got lucky with the plea deal considering what they were trying to charge him with before.
Sep 11 2010 1:47PM 0 0

Dr.NS
Posts: 640 - Karma: 15
Karma: 15
Posts: 640
Ridiculous
it gives you the means to make the product and then either use it or sell it, are you seriously trying to argue against that? A seed is the basis of a massive supply (usually) of whatever produce it creates. A seed is, in fact, more than the same as an actual watermelon; in principle it's MANY watermelons, same goes with marijuana seeds.


anyone, and I mean anyone, who uses the "weed is just a plant" or "it just grows from the earth, it can't be harmful or illegal" argument missed a couple pointers in school apparently. Someone should inform all of these people, among which MANY newschoolers' stand, that everything is a derivative of something from the earth, and secondly, arguing the safety of a plant on the basis it originates from the ground is full-blown-retarded. go drink some hemlock tea, that comes from the ground. rub some hogweed sap on your skin and dance around in the sun, it's from the ground! it's ok!

It couldn't possibly hurt you, could it? it comes from the ground!


Now don't get me wrong, I'm not against marijuana legalization. but people who argue for it in the most IDIOTIC ways are only counter- productive to the cause. luckily we have a martyr like Emery. His arrest and persecution was meant to be seen as an example of what happens to people like him by the US Government and law system. But, a simple bit of research shows that the methodology and protocol used by the US in this case was fundamentally flawed and can be seen as a major overstepping of boundaries. For the cause to REALLY gain leverage, the place to put our thought power isn't in freeing Emery, but instead using his example for our own prosperity, and not sitting and whining about how the "prince of pot" got locked up and letting the US government use his example for theirs.
Sep 11 2010 1:52PM 0 0

skiskate
Posts: 787 - Karma: 813
Karma: 813
Posts: 787
Ridiculous
I know they are very close relations but I dont think somebody should be extradited for selling seeds. Our own government has said that it would have only been a fine in canada if anything, I just dont believe we should extradite people that never actually stepped foot on american soil to break laws and it is a non violent crime. Also there is WAY more seed sellers out there, this was more a political arrest because of the fact that he supported the cannabis legalization cause so much. Its really no skin off my back, because he knew the risks involved..
Sep 11 2010 1:56PM 0 0

bryansbryan
Posts: 645 - Karma: 6
Karma: 6
Posts: 645
Ridiculous
yeah exactly, but the problem was that he was selling over the boarders. anytime there is a good amount of drugs coming over that border, the DEA is going to jump on it and do what they can to stop it... which is just about anything with the cooperation of canada. this isn't anything new, really.
Sep 11 2010 1:59PM 0 0

skiskate
Posts: 787 - Karma: 813
Karma: 813
Posts: 787
Ridiculous
There was never any drugs coming over the border though, just seeds. You cant get high off seeds, you can eat them and they are actually very nutritional and quite good tasting. I think it is more the issue of Canadian sovereignty that I dont like about the case, and just a difference of laws between the two neighbors. If he was sending bundles of drugs across the border then I feel it would be more warranted.
Sep 11 2010 2:04PM 0 0 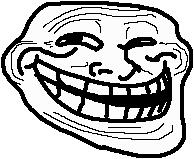 MAPLE_SYRUP
Posts: 1910 - Karma: 68
Karma: 68
Posts: 1910
Insane
"Now, Emery is paying the price for being part of the illegal drug trade that damages lives, homes and the environment."

judging by how easy it is to scam you, I'd say your IQ puts you far below that of the mentally handicapped.

californiagrown
Posts: 9794 - Karma: 2,008
Karma: 2,008
Posts: 9794
Crazy Fool
just curiously what about that statement is false?  People rent houses exclusivly to grow in them, and make whatever changes they want to the houses, lowering value.  I know people who are addicted (if only mentally) to marijuana and it has actually ruined there young life.  and lastly most people who grow outside use extremely harmful pesticides, and fertilizers, they dam natural streams and don't give a fuck about the ground they grow on.  also they use deisel generators that tend to leak gas into streams.
Sep 12 2010 4:35PM 0 0

"Marc Emery decided that U.S. laws did not apply to him, but he was wrong," said U.S. Attorney Jenny A

the way she said that, i mean she sounds pissed