The world's first cannabis electric car may soon hit the roads of Canada. And guess what? The amusing auto is a truly inspiring feat of engineering.

Developed by Alberta-based Motive Industries, the car prototype—known as the Kestrel—is made from a biocomposite partly derived from local hemp. Because the material is uber-light, it reduces the car's electricity consumption. And it's cheaper, more renewable and less health-hazardous than standard fiberglass to boot. (The only possible hitch so far is the speed of the vehicle. It is projected to max out just under 60 miles an hour at maximum.)

As the car's designer told Fox News (which wrote a surprisingly positive story about it), "Electric Cars need to be efficient, therefore the Kestrel design had to be simple and light weight, while still being unique and eye catching."

Unfortunately, while the idea is nifty, Americans shouldn't get too excited about driving their own cannabis coupe soon. Strict hemp laws in the U.S. mean we will be unable to develop similar contraptions here—which, if you think about it, is kind of silly. Cars are notoriously inefficient energy sippers, and it's no secret our auto industry has done a poor job keeping up with the Joneses. Now here comes a vehicle that aims to be highly functional, eco-friendly and affordable to the masses—not to mention pretty snazzy-looking, if this prototype of a similar car is to be believed—and we can't do anything because we have a grudge against the plant it comes from?

theabortionator
Posts: 46214 - Karma: 99,754
Karma: 99,754
Posts: 46214
Basement Dweller
So what. Henry for used a bunch of hemp paneling in his ride, and it was made to run off of hemp fuel.
We should be using hemp for fuel. Electric unless gathered from solar power wastes a bunch too as electricity doesn't just start right at the outlet.

Give me a break, haven't slept in over 2 days.

so hemp oil cures cancer AND powers cars? why aren't we taking advantage of this resource? oh yeahhhhhhhhhhhhhhhh
Sep 1 2010 4:10PM 0 0

theabortionator
Posts: 46214 - Karma: 99,754
Karma: 99,754
Posts: 46214
Basement Dweller
I actually got out in the world today. golfed a full round earlier. Only time I was gonna be able to go with my buddy. Told him last night that if I didn't sleep there was no way I was going. Ended up going and somehow winning. Wasn't bad for being on a sleep deprivation bender. 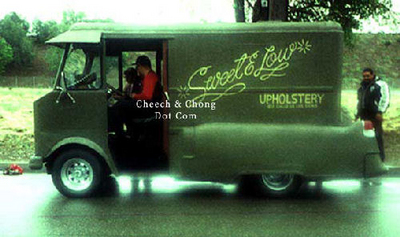