I like the hatch, but the sedan looks a little funky to me.  I like the look of the old sedan much better.

amo
Posts: 6706 - Karma: 1,221
Karma: 1,221
Posts: 6706
No Life
2011 Impreza WRX
To match its aggressive soul, the body of the 2011 Impreza WRX has been boldly restyled. The new rally-inspired design of both 4- and 5-door models echo that of the flagship Impreza WRX STI, featuring flared fenders to accommodate new wider wheels and tires, revamped air intakes, redesigned fog lamps, and a more sinister-looking grille up front. In the back, a new quad-outlet exhaust complements the car's wider stance.

Returning for the 2011 model year is the 265-horsepower turbocharged/intercooled 2.5-liter 4-cylinder SUBARU BOXER® engine teamed with a 5-speed manual transmission.


2011 Impreza WRX STI
Subaru performance fans have been eagerly awaiting the next Impreza WRX STI sedan. Finally, the wait is over. For the 2011 model year, the STI will once again be available in sedan form.

Along with the hatchback, the STI sedan has been engineered to be even more precise. This includes larger front and rear stabilizer bars, increased spring rates, and stiffer rear sub-frame bushings. And of course, the sedan features the iconic STI rear spoiler, which has been tuned to increase downforce, while reducing the car's overall drag coefficient.
Returning for model year 2011, is the STI's potent turbocharged SUBARU BOXER® engine, which cranks out 305-horsepower and 290 lb-ft of torque. It's mated to a 6-speed manual transmission and Subaru Symmetrical All-Wheel Drive. The rally-tuned sport suspension, exclusive Brembo® braking system, and Driver Controlled Center Differential (DCCD) help keep all that power in check.
Jul 22 2010 12:51PM 0 0

how come you forgot about the wrx sti special edition

now that car is the fucking tits

background on my computer..

i hate liking subarus cause it makes me feel like im in a bandwagon so im gunna brag about mitubishi and make a claim, que story

so i have known this guy for a long time and is now my supervisor for work, but he had this

, mitubishi actually sent him a sketch of his car to congratulate him

and once he sold that car he bought this

mitsubishi lancer evo mr(best picture i could find but he has done alot more mods to it from this), i ride in this car all the time, its the fastest car in out county/ area, and because its so hard to keep this thing under a 100 on the highway Pennsylvania is attempting to take away his lisence after many many many tickets and citacions, i was riding in it once and went drifting in it and happened to look at the spedometer and read 130 and it felt like we were only doing a normal 60,

i fucked up i ment

the most moded mitsubishi lancer in the united states 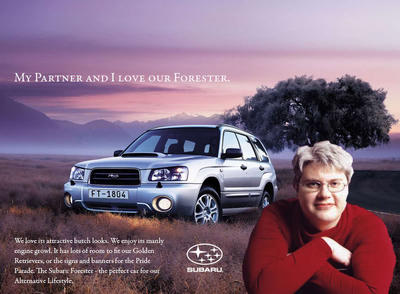