History of the triple flip.

DlX
Posts: 397 - Karma: 10
Karma: 10
Posts: 397
Loner
Just a little somethin somethin about all of the known triples to date.  (triple being off axis, not trip front/back)

If you know of anymore post a vid or something. 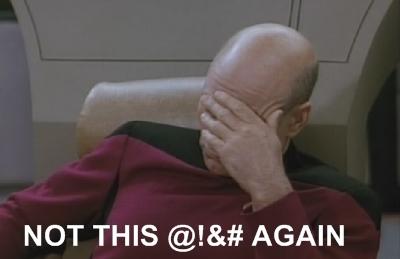 Embed button not working as usual, so doubt that worked.

yuck
Posts: 8384 - Karma: 2,083
Karma: 2,083
Posts: 8384
Crazy Fool
You forgot Hai Seng Gin, who, in 310 B.C., hit a log while skiing and did a triple front flip off a massive cliff in the Himalayan backcountry. He landed on his feet and the onlooking mountain sherpa-villagers thought he was a whirling, flipping, flying demigod of the birds.

A temple still exists for him in the peaks of Nepal, so the story goes. But nobody has set foot there for many a year.

PBraunstein
Posts: 1447 - Karma: 3,795
Karma: 3,795
Posts: 1447
Insane
this is a stupid thread.
im not sure why everyone has to constantly hate on aerials like it is some taboo portion of the sport that doesnt count. they've been doing triples for 30 or 40 goddamn years now. "well aerials isnt skiing" -granted there are a fair amount of aerialists that cant actually ski, but most of them can, and can do it VERY well.
Dylan Ferguson has been training to go to the olympics for his whole life. Probably one of the most technically sound skiers on this earth... kid has air sense like a fucking hawk. im sure youve all seen it, but in the last windells edit there's a shot of dylans dub (unfortunately) and im sure only a few of you were at windells to see what that jump looked like. it was a hot 85-90 ft to knuck (almost as long as sammys) but half the lip that sammys had. one of the flatest take offs ive ever seen, hence why a dub was thrown on our sketchy halfpipe to tranny jump before on the piece of garbage big jump. aerialist are used to tossing down on nearly vertical jumps going 30 ft out and 60-70 ft high. what he did was fucking insane.
Our sports going in many different directions. and thats good. shits gonna go wild over the next couple years and i think we all just need to take it with a grain of salt..
Jul 21 2010 3:59PM 0 0

aerials aint steezy. they get a deduction for grabs. stfu