Just considering these facts here’s what I would consider to be the expected outcome (not the worst case): first, we wouldn’t need anything more than a tropical storm (of which we can expect 11 in the geographical vicinity this year) to pick up a massive quantity of oil and rain it all over the coast to an inland distance of several hundred miles (it isn’t uncommon for hard rain from a tropical storm to reach as far north as Tennessee). This oil will destroy all vegetation it lands on and poison any surface water and probably shallow water tables. These water sources are what all local wildlife subsists on and the source for all city water purification I know of. You obviously see the problem here. I can see some of the hardier trees surviving if we get enough pure rainfall immediately following a tropical storm or hurricane drenching, but all this would do is to rinse the oil into ponds, lakes, streams, rivers, and the water table; cleaning this up would be a multiple year nightmare; recovery for the region would be measured in decades.But that’s not all of it; here’s where I outline my “worst case” scenario. The main reason they’re having such incredible problems capping the darn thing is not because of depth; it’s because of internal well pressure. In the pre-drilling geological surveys a massive methane pocket was discovered coinciding with the oil deposits; this pocket is sitting at a pressure of 100,000 psi. Current engineering technology doesn’t exist to contain something at 100,000 psi, meaning efforts to cap this puppy are useless. The presence of this methane pocket is becoming harder to ignore as 40-70% of the emissions from the leak are now comprised of natural gas (and we’re still blowing out 60,000-120,000 barrels of oil a day). Best estimates put the amount of methane leaking at 2,900 cubic feet for every barrel of oil spilled (with an estimated 4.5-9.0 billion cubic feet of methane leaked so far… and the dang thing is STILL in six digit psi). The secondary concern here is the pressure and what happens if (more like when) it is discovered that the oil leak can’t actually be capped as it spews with that amount of internal force. The primary concern is what happens if/when the methane pocket ruptures; some estimates put its size at 15-20 miles wide (at 100,000 pounds of pressure per square inch).If the methane bubble explodes, it would create a tsunami that would wipe out anything within dozens (and possibly hundreds) of miles of the Gulf Coast in all directions (view this animation of the 2009 tsunami in Samoa and how it spread). The tsunami in the Indian Ocean in 2004 wiped out between 150,000-300,000 people, some as far away as South Africa. This was caused by an earthquake that shifted the ocean floor by meters. An explosion of this size would shift the ocean floor for miles. The Gulf is touched by the Mississippi River and opens into the Caribbean where it is exposed to the Panama Canal. I’ve just outlined what I think would be the worst case scenario. So, for fairness sake, let’s turn our attention to the best case scenario. To do that let’s assume a few things:

Best case? Oil rains down within 300 miles of the Gulf Coast, poisoning flora and fauna and turning the major parts of the Gulf States into disaster areas. Large scale evacuations will have to be made in any contaminated areas simply due to the carcinogenic risk of the oil; this will create large refugee camps outside of the immediate disaster areas and the economic ripple effect will be felt nationwide; this will obviously impact the world economic scene in a negative fashion.That’s the best case scenario.Worst case? The methane bubble explodes, causing a tsunami that wipes out 80% of Louisiana, Mississippi, Alabama, and Florida. Large portions of Texas are also destroyed. The Gulf islands and Mexico will be in the same boat. All of the oil platforms currently drilling in the Gulf would be torn away from their moorings, creating further oil leaks that would exacerbate the problems already there.Does all of this sound fantastic and like I’m completely off of my rocker? I know it does to me, and I’m writing the dang article. But I just can’t get away from the fact that this is where the trail of evidence leads me. Three and a half million barrels of oil don’t just disappear. A methane bubble that size at those pressures doesn’t just quit pumping. So I’m asking someone to tell me that I’m nuts, and why. Tell me that none of my reasoning makes sense and what the real answers are.

MikeWalsh
Posts: 486 - Karma: 13
Karma: 13
Posts: 486
Ridiculous
I just had a look around the rinternet cause i didnt think oil rain was physically possible... it looks like it might be. This is very scary for the world and america.

"Here is why people are reporting OIL RAIN
Scientists believe BP is pumping millions of gallons of Corexit 9500, a chemical dispersal agent, under the Gulf of Mexico waters to hide the full extent of the leak, now estimated to be over 2.9 million gallons a day.

The agent, scientists believe, has a 2.61ppm toxicity level, and when mixed with the warm waters of the Gulf of Mexico, its molecules will be able to “phase transition.”

This transition involves the change of the liquid into a gaseous state, which can be absorbed by clouds. The gas will then be released as “toxic rain” leading to “unimaginable environmental catastrophe"

However the possibility of oil rain is a little scary. Wheres the member who works for BP? He normally has good info
Jun 24 2010 6:30PM 0 0 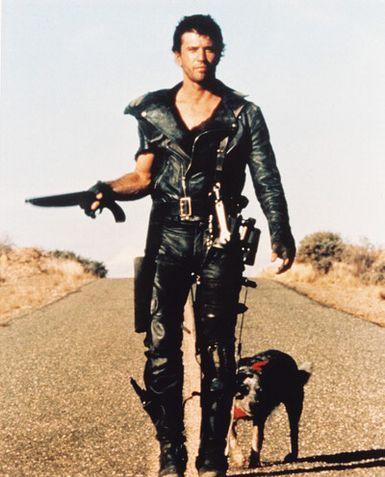 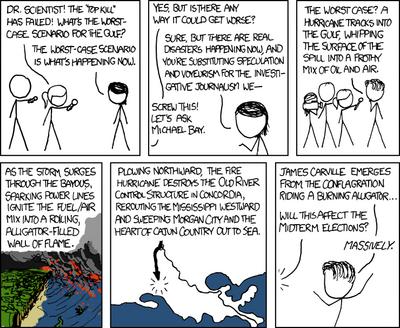 second of all, do yyou think the whole oil rain shit could hurt economy? it could kill and pollute resources we need, for example wood. if some big logging forests were killed, we would not be able to grow more because of the oil and acid in the ground, and therefore the US could have that much less wood to trade with other countries.

If you live anywhere below canada and ski east of Texas..you'll be skiing on black oil snow this winter.

Fujative421
Posts: 76 - Karma: 10
Karma: 10
Posts: 76
Wannabe
So I'm more than likely completely off, but I once saw an episode of Man V.S. Wild in which Grylls pisses in a hole in the gound and covers the whole with a garbage bag. Its a way of purifying the water in said piss so it becomes drinkable (the condensation that is). Would clouds have the same effect, possibly leaving at least a portion of the oil behind?
Jun 24 2010 6:54PM 0 0

james44
Posts: 3323 - Karma: 578
Karma: 578
Posts: 3323
Addict
maybe this will finally force the us to focus their resources to their own people, rather than aiding foreign  nation's populations to continue rising to unsustainable levels 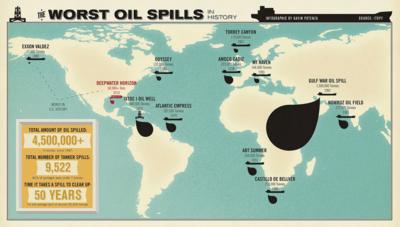 tj.hall
Posts: 681 - Karma: 37
Karma: 37
Posts: 681
Ridiculous
Anyone else think that we should just use BP's money to make a huge wad of cash, then plug the whole with it?
In any case, I think we should just execute the higher ups of the company that is single handedly destroying the environment faster than we ever thought possible.
Jun 24 2010 8:14PM 0 0