When will rap die?

Dig up some good hip hop and turn off that bullshit.

AElot
Posts: 462 - Karma: 5
Karma: 5
Posts: 462
Ridiculous
rap is already dying to me. all the "rappers" are turning into faggot singing douche bags. i turn on the radio, which used to play gangster ass rap, and now all it is is singing la la la la featuring homos like usher and akon and t pain.

matt.s
Posts: 2502 - Karma: 93
Karma: 93
Posts: 2502
Addict
rappers may die from various causes, but it shall never die in my heart.
anything you hear on the radio is not rap.
rap is closer to (skip the first 35 seconds or so)
even this isnt great rap, but much higher quality than anything on the radio.
on a related note: i think chiddy bang is going mainstream, and like all artists they will not be cool once everyone knows about it,
Jun 9 2010 11:55PM 0 0

Dukeybrains
Posts: 1030 - Karma: 11
Karma: 11
Posts: 1030
Insane
Rap will dies when all you little bitches stop listening to it and let some real hip hop back on the radio 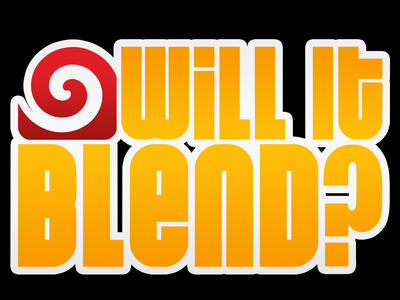 Schoellkopf
Posts: 1300 - Karma: 117
Karma: 117
Posts: 1300
Insane
The problem with this is that you only listed mainstream artists.
Hip Hop/ Rap developed a cancer in the 90's. This cancer was inflicted by the middle-aged-white corporate-american man who realized he could suck every bit of life out of this genre of music and culture to profit at any expense of others through whatever means possible. Everything from clothes, to drinks, even to cars (GMC's Jay-Z Blue Yukon?), and all forms of media has become extremely focused on this culture. It's sad to see how degraded the Hip Hop culture has become over the past two decades and the steady decline for the appreciation of GOOD Hip Hop/Rap. I know I might get hated on for this, but look at Damian and Nas's new album Distant Relatives, although a decent album it could have been one hundred times better. AND they fucking put lil shitty-ass wayne on the fucking album, which I believe was not by the choice of Nas or Damian at all which just goes to show you how corporate run the music industry has become. People do not have the appreciation for the culture and history that leads to solid music, and therefore the industry does not need to "sell" any of that aspect.
I blame the consumers of the idiotic materialized pop culture, but it does not phase me because there is good Rap and there is good Hip Hop.
In my opinion there are still such sick artists producing and touring today, such as Zion I, CunninLynguists, Macklemore, Little Brother, and Wale, just to name a handful. Hip Hop/Rap will never die, such as others have said before. Only shitty HIP POP (bubble gum rap) will be taken over by this cancer and fade into the next fad for these dumbass kids to consume.
I respect people who dislike this genre of music but only if you spend the time to do your research and listen to the SOUL/EMOTION as well as the LYRICS as well as the FUNK, but not any one of these aspects by themselves because that is not real Hip Hop.
Jun 10 2010 1:10AM 0 0

tacobellslayer
Posts: 1493 - Karma: 209
Karma: 209
Posts: 1493
Insane
this is completely 100% true. kids think that all mainstream, auto-tuned out, pop-imitation artists who swear over twice in a song now is considered rap, which honestly pisses me off. rap died after 1999. only a handful of the originals can maintain that gold which they used to and still create. honestly, if you have to go that underground now days to find some good rap, its dead. not sayin i like it, not sayin there's cases of some crazy new albums coming out still today, but its what i feel.
Jun 10 2010 2:29AM 0 0


Royce Da 5'9"
Jedi Mind Tricks (amazing)
Cunningliguists
Zion I
The Cool Kids (some of the freshest beats of this decade)
Dangerdoom (one of the smartest, most literate rappers of all time)
Wale
Pharaoh Monche

That's all I can think of right now.