Phormat
Posts: 774 - Karma: 20
Karma: 20
Posts: 774
Ridiculous
I just read on the news today about top executives in India being charged with negligence concerning the 1984 gas leak. Somehow they only got two years and a fine of $2000. I had heard of this incident before, but forgot about it until this showed up today. I think people should read up on it, it's a pretty tragic story, and somewhat parallels the environmental damage occurring in the oil leak in the Gulf (though at a much higher cost to human life). The first pic on the wiki page is extremely powerful and disturbing. I just feel that people shouldn't forget that these things happened, and am surprised this issue isn't discussed more frequently as it raises many concerns on a broad spectrum of environmental and socioeconomic issues.
link: http://en.wikipedia.org/wiki/Bhopal_disaster
Summary: In 1984 a Union Carbide subsidiary division plant in India had a gas leak releasing about 400 tons of methyl isocyanate, a chemical used in the production of pesticides, into the atmosphere. Water somehow was introduced into this tank causing an exothermic reaction that created conditions that exceeded the design limits of the storage tank. The gas immediately killed at least 1000 people while asleep in their beds, and the exposure caused over 300,000 to experience severe health issues that persist to this day. Some estimates put the human death toll to 30,000.
Jun 7 2010 12:47PM 0 0 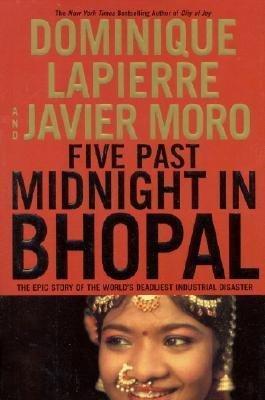 I'm sorry - but this oil spill doesn't even register on the scale in comparison to Bhopal - the worst industrial accident ever.....  it's fucking shocking what happened there..... 500,000 people affected.

The guys responsible should be locked up for life..... but, like most things here - it was in India, so.... who cares right?

JamesR
Posts: 3396 - Karma: -12
Karma: -12
Posts: 3396
Addict
jesus christ im sick of you hippies. small accidents like these are necessary for progress. welcome to the modern age idiots. we have stuff like "technology" here

JamesR
Posts: 3396 - Karma: -12
Karma: -12
Posts: 3396
Addict
maybe if those lazy indians would get off their asses and work they would be able to move to america and wouldnt have to worry about that shit

JamesR
Posts: 3396 - Karma: -12
Karma: -12
Posts: 3396
Addict
i remember when idiots like you kept their bitch mouths shut when they didnt have anything of value to contribute to the discussion