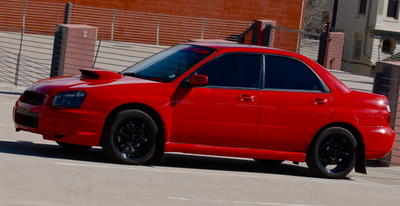 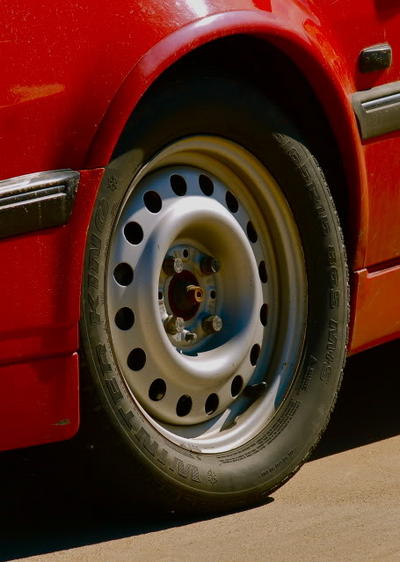 bout_it
Posts: 1233 - Karma: 15
Karma: 15
Posts: 1233
Insane
I think the second one would look a lot cooler with the horizon in the background. But the overall composition of the photos is ok.

I like the third one - it makes me want more out of the photo and keeps me engaged.

I would like to see more thought go into composition on these - I feel like a lot of them are lacking something, although I don't know enough about photography to know what. I do like the how the reds on the car stand out from anything else, although I think they'd contrast better with a soft blue sky rather than a hard lined concrete...just IMO.
May 12 2010 11:41PM 0 0

PASKIINGSUCKS
Posts: 9096 - Karma: 751
Karma: 751
Posts: 9096
Crazy Fool
Not trying to hijack or even display what I would call good photography. Just thought i'd throw some classic car pics into this relevant thread.

From a weekend at Watkins Glen if anyone is wondering. 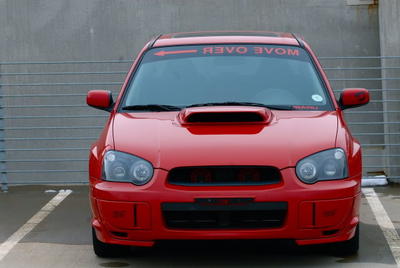 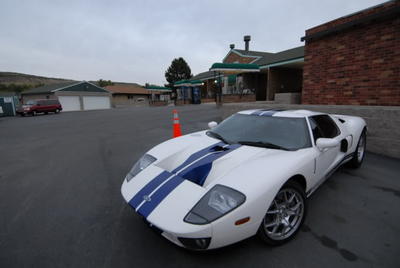 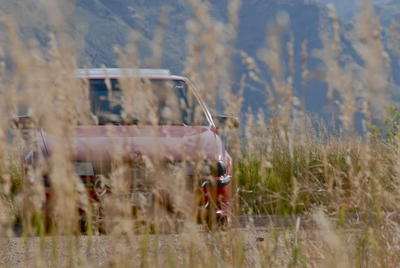 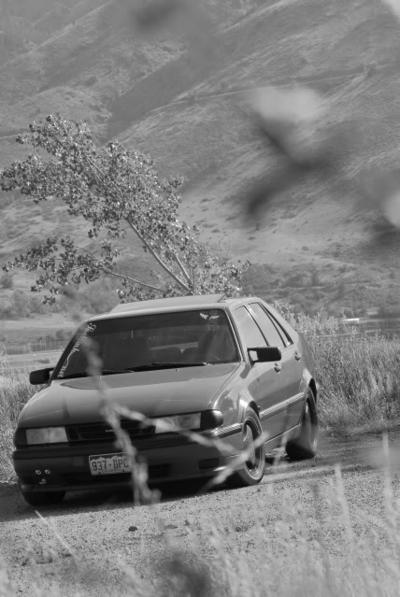 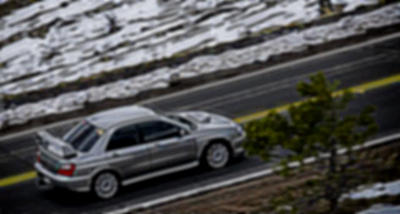 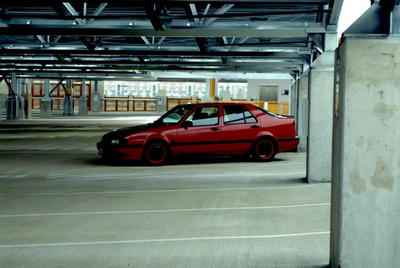 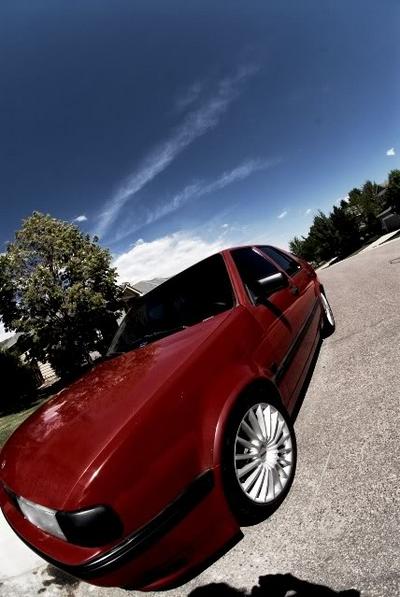 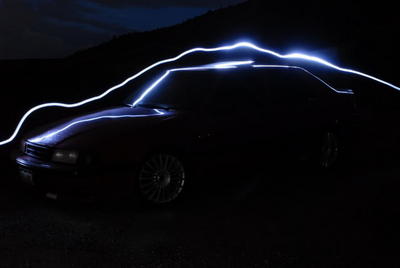 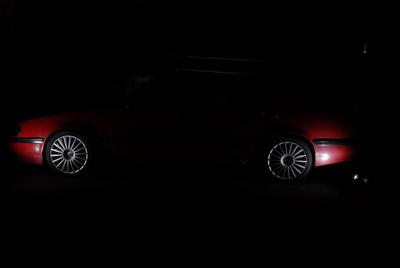 -Forget the tilt in any pictures. Especially when you can clearly see the titled horizon line. Straighten em out. My facebook pic is tilted, but that's facebook and not photography. naw mean?

-In one pic the suby is being impaled by the yellow road lines, try to avoid that. doesn't mean you shouldn't include them in the composition, but don't have em cut the car in half. after all, the focus is the car.

-the one below with the white car and blue stripes has a cone popping out of its hood. also there's another random car chillin in the back, remove em. I like the angle though, you kept the car below the buildings giving it a clean background.

-in the shot below that I can barely see the car with all that's going on in the foreground, but I like the idea. try cleaning it up a little.

-next one is tilted and has a tree growing out of it. again this is a difficult problem with photography in general, but if it's not adding to the shot (or it's growing out of the subject) then it's subtracting from the shot.

-next one is pretty blurry, difficult to tell what's going on. looks a bit like a snapshot

-parking garage one is cool, the spot has potential. work on lighting the car, maybe getting a polarizer to cut out all that glare. car lighting can be decently difficult, but I've seen tons of tutorials online to get you started.

-the stuff you have going on with lights is funky, but just make sure you can still adequately see the car. or at least have some back lighting so the car's outline is still visible. I think that plus some low lighting on the front could maybe work well.

Microcosm
Posts: 4763 - Karma: 140
Karma: 140
Posts: 4763
No Life
oh and I remember reading these at some point online from a car photog. I don't remember the tips exactly, but they were pretty helpful. one was to avoid the three wheeled car. so if you're taking a shot from a low angle, try to show all 4 wheels instead of only 3. also there was something about including the horizon and how it can make the car look more or less 'tough'.. I forget which. I'll try to find the site. 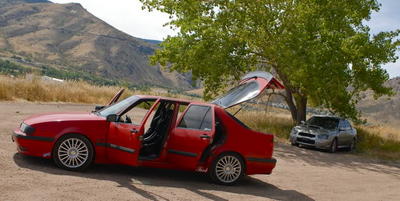 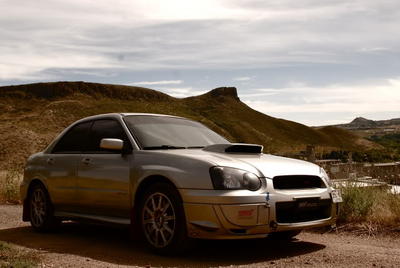 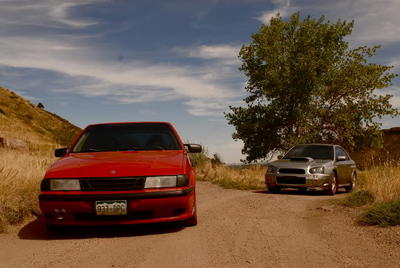 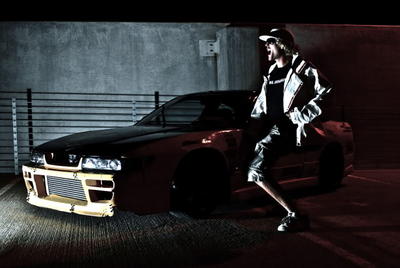 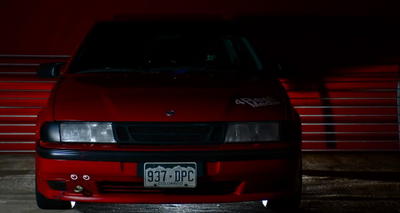 1080ski
Posts: 4424 - Karma: 191
Karma: 191
Posts: 4424
No Life
the second one in this series is pretty good. I dont like the over exposure on the hood though: i would have under exposed the whole shot to keep the highlights and then brought the shadows up in post a bit. I like this one because the mountains follow the curve of the car. there are also few distracting elements in this photo (other cars, random trees, fences, etc...).
the one in your next post with a flash is decent, but the flash is too powerful and you cant see the rest of the car because it gets lost in the shadows. I like this because you have more than just a car. the person you put in the photo adds so much to the photo that you cant get with just a car. I think adding in different subjects to some of your other shots would make them more appealing because you can start to tell a story with more subjects in the photo and it becomes less of a snapshot of a car.
Oct 12 2010 6:40PM 0 0 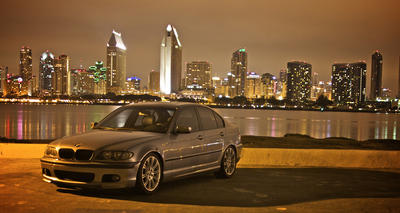