sounds legit to me

Is it supposed to be a satire or is this legit?

i thank you for the privilege.

Sure, I am an asshole. Big fucking deal.

By the way, you have the sandwich all wrong. I like turkey, bacon, and provolone on lightly toasted sourdough. Let me know when it's ready.

sk1er
Posts: 614 - Karma: 10
Karma: 10
Posts: 614
Ridiculous
haha nice find.  I'll be sure to inform the next person who tells me guns kill people of this funny little statistic.

amo
Posts: 6706 - Karma: 1,221
Karma: 1,221
Posts: 6706
No Life
Whoever made that thing is not too smart. Think about how many people a physician sees in a year, that needs to be brought into consideration if this were actually meant to be serious.

and didnt he say he wanted to ban guns?

and i'm sure you're capable of making a sandwich yourself.

Boggnarly
Posts: 115 - Karma: 12
Karma: 12
Posts: 115
Pro
this is straight tongue in cheek humor. just read the last part " Not everyone has a gun, but everyone has at least one doctor. Please alert your friends to this alarming threat. We must ban doctors before this gets out of hand." Is anyone in here actually taking it seriously?

its the same type of humor as the BREAD IS DANGEROUS thing:

Research on bread indicates that:

1. More than 98 percent of convicted felons are bread users.


2. Fully HALF of all children who grow up in bread-consuming households score below average on standardized tests.


3. In the 18th century, when virtually all bread was baked in the home, the average life expectancy was less than 50 years; infant mortality rates were unacceptably high; many women died in childbirth; and diseases such as typhoid, yellow fever, and influenza ravaged whole nations.


4. More than 90 percent of violent crimes are committed within 24 hours of eating bread.


5. Bread is made from a substance called "dough." It has been proven that as little as one pound of dough can be used to suffocate a mouse. The average American eats more bread than that in one month!

lineskier53
Posts: 192 - Karma: 21
Karma: 21
Posts: 192
Pro
I beg to differ. A tactical gun would be specifically made to work best for what its intended use is. Granted any shotgun would work to clear a room, a tactical model just is made to be the optimal tool for the job. I certainly would rather use my tactical 870 than a single shot 12 gauge. And although I wouldn't mind using yours, the holographic sight, tac light, and 6 position recoil reducing M4 style stock make it easier with mine. Not sure how many shells your holds, but the 7 mine carries make it nice too.
Mar 27 2010 9:42PM 0 0

sherwood4099
Posts: 1173 - Karma: 22
Karma: 22
Posts: 1173
Insane
Your obviously an avid gun shopper. You've got to be joking. Recreational vs.Tactical is what separates weapons before you split them into task based categories  You own a recreational gun with a heavy barrel. And you would be twice as fast and accurate with an appropriate tactical CQB weapon. 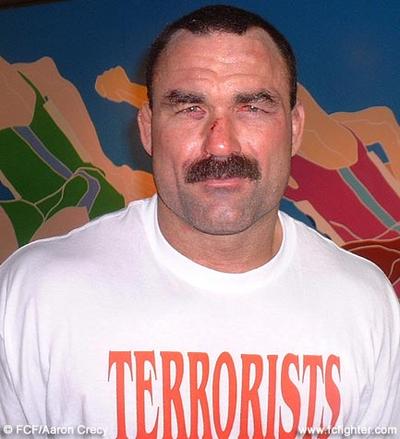 
Now, I admittedly lean to the left with my political ideology (at least in the US political spectrum - If you put me anywhere in Europe I'm super moderate - especially in France or Scandinavia)

THAT said, I dont understand the point of touting your gun at political rallies like THIS GUY did... ->> http://pubrecord.org/wordpress/wp-content/uploads/2009/08/guns-at-town-halls.jpg

or owning an arsenal of concealable handguns and assult rifles as if WW3 is about to start tomorrow like THIS DUDE has... ->> http://www.richmondbizsense.com/images//guninside.jpg  (I know its a gun store... its just the closest photo I could find)

or having such an arsenal because you believe the government's gonna come after your ass and you have to do what THIS GUY did up in Canada...->> http://badassoftheweek.com/albertjohnson.html


hunting rifles, and shotguns, however, are totally A-OK in my book... Nothing better then blasting the shit out of shit with a shotgun loaded to the brink with shot... CAHHCHUCK..


I'll finish off this post with some BADASS PHOTOS! 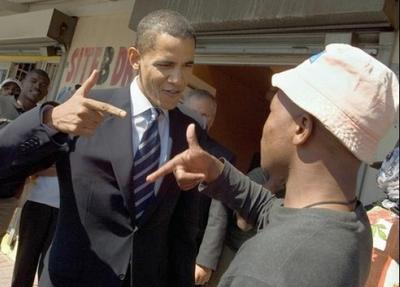 "See, in Chicago, they would just straight point it at you... like this" 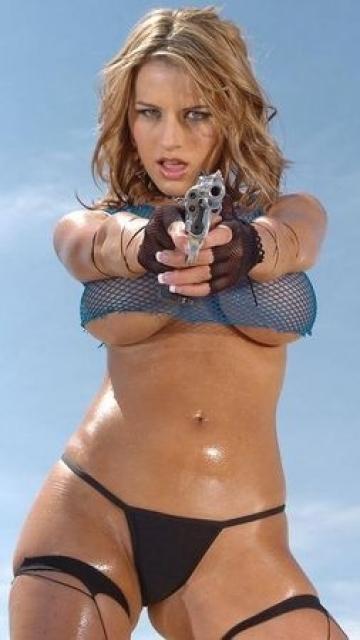 (hope its not too scandalous and my post gets the ban)

SketchySwiss
Posts: 393 - Karma: 43
Karma: 43
Posts: 393
Loner
I don't know if everybody is joking or if some of you guys really do mean what you ve said, but looking from outside of the US this thread is fucking scary.

Tasche
Posts: 5422 - Karma: 95
Karma: 95
Posts: 5422
No Life
My buddy in the Marines shot himself in the foot while cleaning his 9mm at his house while his wife was downstairs. Luckly she was not hurt but it was a reminder of the danger of guns even in experienced hands. If you own a gun please use caution and lock it in a safe.
Apr 1 2010 9:45AM 0 0

I've heard of too many stories where policemen were cleaning their guns and the fucker went off...

uni-corn
Posts: 13846 - Karma: 649
Karma: 649
Posts: 13846
Crazy Fool
What dumbass cleans a gun while it is loaded? Really? Any time I even handle a gun that is the first thing I do... Check for any rounds at all and if there is, unload immediately. Unless I am going to actually shoot something. Then I shoot it.

Armanzoid
Posts: 2453 - Karma: 26
Karma: 26
Posts: 2453
Addict
Fuck guns, only people with needle dicks and lack of confidence own them. Unless you hunt constantly or live in a rough neighborhood, you probably don't need it. You'd agree with me if you saw first hand what they can do to people.