On the plane to Utah the guy next to me was drinking heroine.

[Dawn
Posts: 1718 - Karma: 68
Karma: 68
Posts: 1718
Insane
Yep. that's right. On the plane to Utah there was this weird dude next to me. Every once in a while he'd pull out this little brown vial and an eye dropper, and drop some stuff into his mouth then kinda freak out. It was super weird. He ordered 5 cans of sprite when the drink cart came around, and freaked the fuck out when he ran out of stuff in his little vial. He was also itching his face like no other. I googled something like "liquid drug in brown vail" and this came up
"Cheese" - liquid heroine cut with Tylenol
Many agencies and hospitals are reporting an increase in arrests and hospitalizations of high school and college students who have been using liquid heroin. Liquid heroin is a watered down version of heroin. Students keep the heroin in an eyedropper or a 1 inch tall glass containers with a dropper(about the width of a marker). Even though kids may view using this as less harmful it is still using drugs. The symptoms of someone who is using liquid heroin are very similar to other forms of heroin (constricted pupils, droopy eyelids, slow speech, slow reflexes, facial itching, dry mouth and lower blood pressure). Liquid heroin is also addictive and the body will grow more tolerant requiring the user to use more of the drug and possibly more often in order to get the same effect. Because it is addictive that means there are also withdrawal symptoms. Many of these students do not even recognize that they are becoming addicted or experiencing withdrawal symptoms because they did not view liquid heroin as addictive. They feel their muscles getting sore and their body aching. They knew when they took more liquid heroin it made it feel better but did not associate that as addiction or withdrawals. Heroin IS heroin, no matter how it is disguised. Because heroin is so addictive and because the withdrawal process can be so severe most people who struggle with heroin addiction have to enter a drug rehab in order to overcome this addiction.
Jan 29 2010 4:25PM 0 0

yojimbo
Posts: 3631 - Karma: 26
Karma: 26
Posts: 3631
Addict
you mean you dont get down on some liquid heroine? I mean, just cuz it's supposed to be for females doesnt mean men don't get heroics from it too.

BestDamnSkier
Posts: 275 - Karma: 15
Karma: 15
Posts: 275
Loner
You googled drug in brown vial? Illegal drugs aren't sold at stores in special containers. People put the drugs into containers. For all you know it could have been acid or some other liquid drug. Hell, people could store weed in brown vials with eye droppers (why? I don't know, but they could).
Jan 29 2010 5:37PM 0 0

Your acid is brown?

This sounds convenient, but you'd need more H to get hit hard than you would if you were injecting it.  I guess everyones afraid of needles now.
And isn't this sort of like a poor mans oxy?

PattyFow
Posts: 540 - Karma: 51
Karma: 51
Posts: 540
Ridiculous
this,  it honestly probably was just some ticture, then he got cotton mouthed as fuck after downing a whole bottle to ease his anxiety of flying, and orderd six sprites for refreshment purposes. were you coming from colorado? or another legal mmj state? if so that is probably the case. 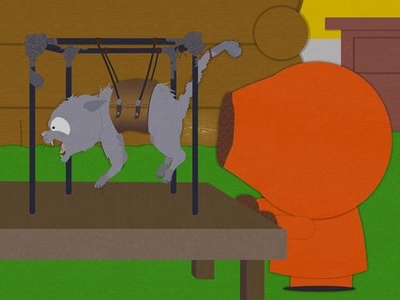 Only Kenny Cheeses his fucking balls off

Fro-Masta
Posts: 38 - Karma: 11
Karma: 11
Posts: 38
Lame
how is cannabutter overrated? it is ~100% fat meaning it will absorb more THC then say some canola oil which has a far less fat content

STAUSS
Posts: 8232 - Karma: 3,296
Karma: 3,296
Posts: 8232
Crazy Fool
if it was acid the mother fucker woulda been over dosed like no other.
cheese is fucked up but kids are stupid and love that shit.  the fact that they were coming to utah pisses me off however.  heroin, oxys, and cheese all suuuck.