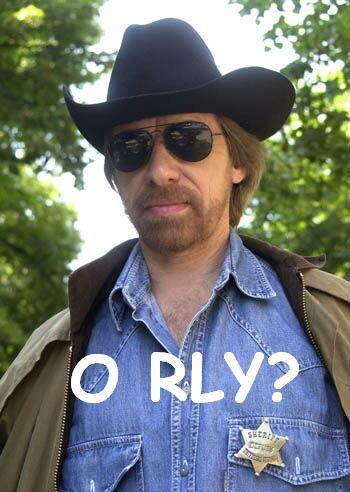 BravoWhiskey5280
Posts: 4020 - Karma: 518
Karma: 518
Posts: 4020
No Life
Wow Im going to start giving you ass hole points. Every post that makes you sound like an asshole than you get +1 points. Granted you have 9000 post or something like that Im going to guess that 2/3 of those were ass hole remarks. So we'll go ahead and say your asshole count is at 3000. Assuming you read this Im guessing you make one more so 3001.
On the subject though as one of those 1% of good skiers according to your perfect statistics. Aerials are fucking gay, this is what skiing is to the rest of the world instead of what could be halfpipe.
Jan 26 2010 1:07AM 0 0

chicken
Posts: 6833 - Karma: 2,095
Karma: 2,095
Posts: 6833
No Life
Quit hating on aerials, those guys train super fucking hard to do what they do. Also the canadian aerial people can actually ski quite well, probably better than most of you guys, since most of them grew up doing bumps and aerials before they specialized. As far as I know the only team straight up putting gymnasts on skis and sending them off the jumps are the chinese (although that is changing.) Seriously if you ever stand at the top of a double or triple kicker and see a guy go off it your respect for the sport will fucking go though the roof. They make hitting a jump like the JOI jump look like pussy shit. Seriously I would hit the JOI jump no problem and do tricks off it, but a triple kicker? fuck that. I am more scared to hit a single than any table. When people say freeski doubles are making shit look like aerials I think it is a fucking insult to aerials if anything. You do a triple backflip 1440 (yeah thats a standard trick) and then you can say aerials sucks.
I do agree that it is super lame that pipe is not in the olympics, but do not blame the aerialists, if anything hate on the ski cross people who are ex racers now competing in the "freestyle" discipline that took ski pipes place in the olympics.
Jan 26 2010 1:32AM 0 0

derbski
Posts: 3173 - Karma: 58
Karma: 58
Posts: 3173
Addict
I don't get the hate on aerials and the love for curling. I admit, they are both dope, but since aerials are on skis, but they don't ski like us this site hates on it. Anyways, I am personally a fan of the guys that cross country until they can't breath and then they shoot shit. That would be so fucking hard to do.
Jan 26 2010 3:08AM 0 0

YO dont ban me its late and its only nipples!!!!!

we all possess them

Evan.Frazee
Posts: 2285 - Karma: -40
Karma: -40
Posts: 2285
Addict
I dont posess the power to ban you. But seriously your on your way. You just posted a thread about some fat chick killing a dude then this picture.

But here check this out maybe you dont understand. https://www.newschoolers.com/web/forums/readthread/thread_id/340690/

shragler
Posts: 572 - Karma: 27
Karma: 27
Posts: 572
Ridiculous
Thankyou, I have reviewed the rules and I stand by my post as it was sexually explicit , yet it was censored so it fits within the paramaters of the rules on this website. I advise any mods to see it as it is and not overreact. Lawsuits are bound to follow and it will be a continuous shitstorm that none of us need! With the chance i would retract statements, yet with the limits of alcohol and google at the fingertips, your judgement shall be reviewed and scrutinised.
Jan 26 2010 3:55AM 0 0

chicken
Posts: 6833 - Karma: 2,095
Karma: 2,095
Posts: 6833
No Life
well if you went to any aerial comp you would see that then. You have to be pretty fucking ignorant to say that.
Do you honestly think someone who is on skis training almost every day could not make it down a "blue square." Sure they are not that technically good at skiing (sometimes,) but that could be said for almost any park rat as well, no hate on park kids. Aerialists are still better at skiing than your average skier. The inrun for an aerial kicker is a blue/black diamond, then they go 40-50 feet high in the air and land on a double black diamond into a sharp transition, often covered in death cookies. Usually they make it down without "blowing their fucking knees" out.
Jan 26 2010 1:02PM 0 0