I just wanted to give a little update on what we're doing at Cascade with the parks.  Right now the railyard is the same set up that it has been for a little while.  We plan on resetting and swapping some rails on monday and tuesday before Salomon Freeski TV comes on Wednesday.  Speaking of which... definitely come check that out because it's going to be super fun.

The North Park is still a work in progress... progress being the keyword.  We've made some huge changes since last year... including a pretty gnarly rail line and some real jumps. The third shelf still needs to be pushed out and shaped but the first two shelves are looking pretty damn good.  The rail line goes: Short Flat to Long Down, Tall box Top with a huge drop off to a steep landing, and a 33' box top that is smooth as butter.  The middle jump line has a 20-25 footer, and two jumps that are about 30 feet.  The last jump has yet to get bigger.  The left jump line has 2 10' beginner jumps.  The drop in is pretty big and steep and it really helps scare away the people who shouldn't be in there.

Cottontail, the progression park,  is still a work in progress as well. Right now it has a quadruple barrel rail, a large butter box, a small butter box, and some rollers.

So come check out the changes we have made... I've been getting some really positive feedback from people so far this year and I would love to have more fellow NSer's to ski with!

PS: Midwest Open Sign Up started on www.cascademountain.com today!!!!! Get signed up.... we have a ton of prizes to give out again this year. 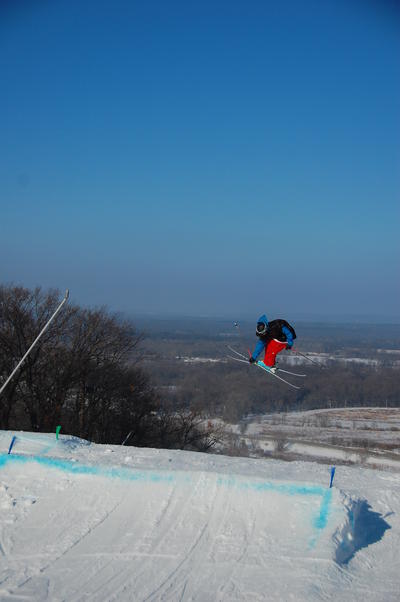 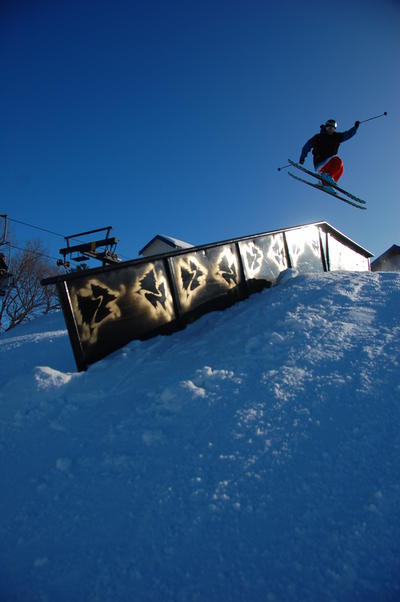 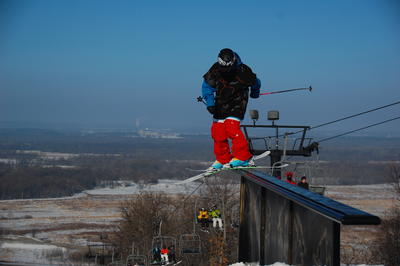 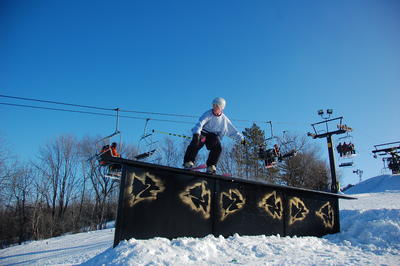 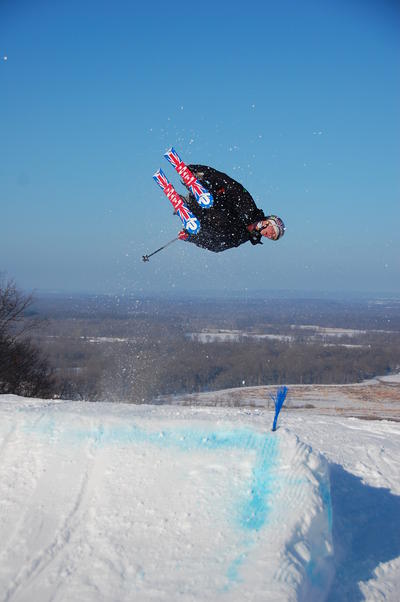 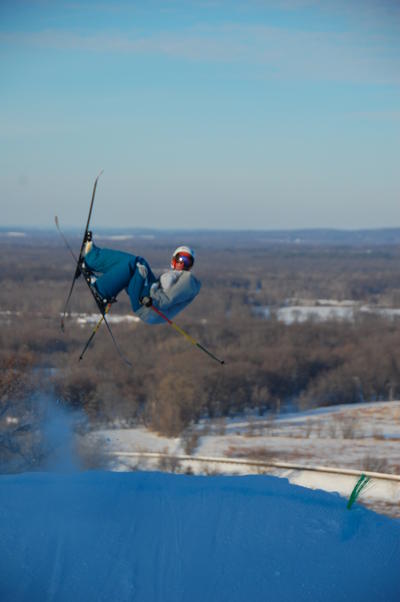 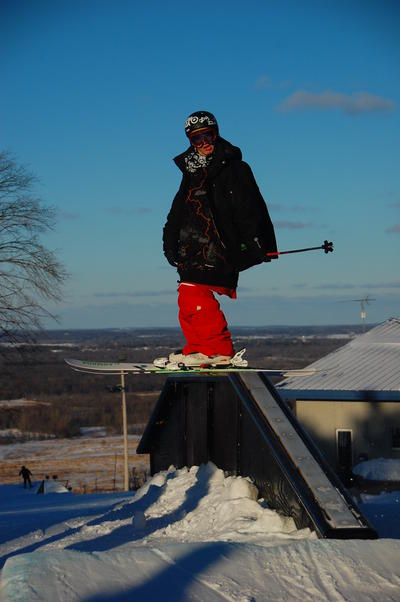 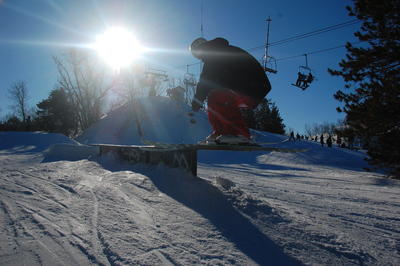 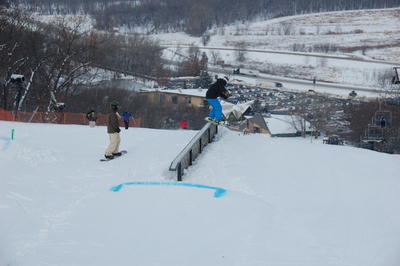 And we have the occasional pow day :) 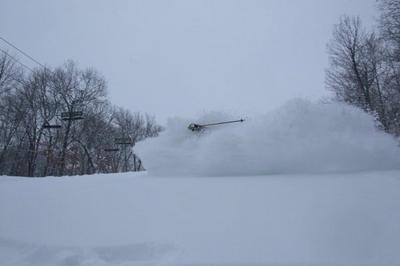 jibgilmon
Posts: 662 - Karma: 43
Karma: 43
Posts: 662
Ridiculous
siiiiiiick ill be there on saturday. id come thurs for freeski tv but i got finals

The park looks so sick.  I saw it wednesday cuz i had practice.  I plan on being up their sunday for practice in the morning and then going to hit the park in the afternoon.  But, does anyonu know if they will leave that huge barrel jib up?  It seems a little unsafe for inexperienced people and i could see ski patrol getting rid of it.

You're on the Cascade race team? dope.

And yes, the barrel jib will stay up.  Ski Patrol has no imput on the park.  It would be somebody elses decision to take it out if it was too dangereous.  And the North Park is the "bigger" feature park and the inexperienced people need to stick to Cottontail and the Railyard.  If it's above their ability level, they should realize that and not hit it.

no wayland race team.  We are up on sundays and get to freeski in the afternoon.  But, k sweet i know that sunburst sometimes has problems with ski patrol blowing up their big features so i was hoping i got to hit it at least once before it was gone.

jibgilmon
Posts: 662 - Karma: 43
Karma: 43
Posts: 662
Ridiculous
haha ya but still it was gun and eh its fine it was still better than wilmot

They had a couple box/rail lines that were just so fluid. u could do the entire thing without stopping, and without feeling like u wasted time or anything, and u can go as slow or as fast as u wanted. they were only like 10-15 ft away from each other, but u could stop/fall, get up, and have more than enough speed to hit everything perfectly. it was really nice

grover48
Posts: 6 - Karma: 10
Karma: 10
Posts: 6
Newb
tonight we are going to dust snow in the north park to soften it up at bit, tomorrow night we are going to close the north park and make snow all day and night, that will give me time to refresh everything. Which is much needed. I will be changing the 3rd deck up, going to put a rail, jump, and the barrel on it. Sorry about the closing but it's needed to keep this park in tip top shape.

I think i speak for all but do whatever it takes because its been great so far so keep up the hard work.

Thanks a lot for keeping it tip top