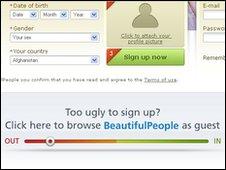 Dating and social network site BeautifulPeople.com has axed some 5,000 members following complaints that they had gained weight.

The members were singled out after posting pictures of themselves that reportedly showed they had put on pounds over the holiday period.

The site allows entry to new members only if existing members vote them as sufficiently attractive to warrant it.

The US, the UK, and Canada topped the list of excluded members.

The site has always been unrepentant about its selection process, calling itself "the largest network of attractive people in the world".

The move was reportedly prompted by members themselves, who police the membership of the site to maintain a high - if highly subjective - standard of attractiveness.

"As a business, we mourn the loss of any member, but the fact remains that our members demand the high standard of beauty be upheld," said site founder Robert Hintze.

"Letting fatties roam the site is a direct threat to our business model and the very concept for which BeautifulPeople.com was founded."

i looked at the site and thought how many people could actually get on the site, so newschoolers can any of you become a member and survive? 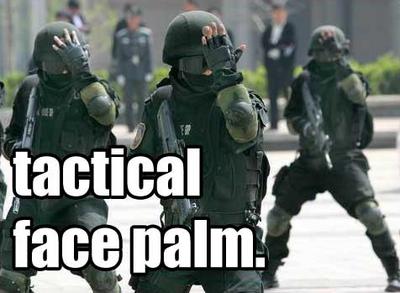