whitechocolate
Posts: 582 - Karma: 260
Karma: 260
Posts: 582
Ridiculous
anyone know of any labtops that are fast as fuck, and aren't to exspensive? 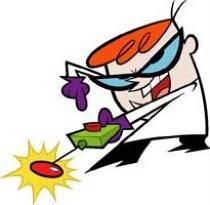 Dubsman35
Posts: 8853 - Karma: 58
Karma: 58
Posts: 8853
Crazy Fool
stop it with the macs
I've had my dell for over 3 years and it works great, still does to this day. now it could be faster and bigger,  but i got it three years ago and so all the components were the norm.
its all about whether you treat it like crap or not and if you are stupid with what you download. I dont download weird shit, i have good spyware and virus protection. i torrent the shit out of everything and haven't paid a dime for any apps or songs that i have. if your an idiot, get a mac, because then you wont have to double check what you download and use. But if you want cold hard performance for a much smaller price tag, get a PC

my brother just got a lenovo. thing is beautiful. looks great, sooo many cool little features, 780i screen, built in camera and mic, built in subwolfer (!!!!), 4gb ram, 2.53 dual ghz processer, 320gb harddrive. all the good shit, and works amazing and fast and has no problems and IT WAS LESS THAN $1000 DOLLARS.

Waffle11
Posts: 481 - Karma: 16
Karma: 16
Posts: 481
Ridiculous
I have a brand new alienware. Its sweet.
For people that recently bought macs and think they are good:
of course your brand new mac is better than your 3 year old pc. if you got a brand new pc it would be way better too.
Also the only reason PC's crash is because of poorly written 3rd party software. Notthing to do with windows.
Direct X ftw
Jan 9 2010 11:25PM 0 0

Jwalk
Posts: 4647 - Karma: 129
Karma: 129
Posts: 4647
No Life
well i have recently gotten a macbook pro and before that had dell xps and inspiron so i have used both alot. macs win for looks, simplicity graphics stuff but for business school stuff windows is better.

both are awesome in their own way its more about preferance and whats the best deal so i suggest you go to a electronics store and talk to a more tech person.
Jan 14 2010 2:31AM 0 0

dbstar
Posts: 2038 - Karma: 17
Karma: 17
Posts: 2038
Addict
i honestly believe that most people that hate on macs do so only because they are trying to break away from the "status quo" so to speak of university aged people....

Ericpbp
Posts: 3161 - Karma: 23
Karma: 23
Posts: 3161
Addict
Any Mac Book, pro or not will be great.
If you want to stay windows based you should look into ASUS. They make really great laptops for not too much money. You get a lot for your money and they are really reliable. The parts are all made by asus and its not like a dell or hp where they just throw random parts in them. Stay away from Dell, gateway, and toshiba unless you want a bad computer.
Jan 14 2010 11:23AM 0 0

PhuzzyWuzzy
Posts: 358 - Karma: 82
Karma: 82
Posts: 358
Loner
Don't go Sony dude.  They are really expensive for what you actually get and they are not really any better than other brands.

Also remember that Sony makes a shit ton of different products and as a result not many things they make are all that remarkable.  Most of it is okay, but few of it is great.  Better off going with a company that specializes in manufacturing computers and closely related things.


As to the thread creater, unless you absolutely need a laptop, you should seriously consider a desktop.  They are a lot cheaper than a comparable laptop (about half the price actually) and much easier and cheaper to upgrade and repair.

If you feel you need a laptop, however, I would recommend you look into getting an Asus.  Honestly, a MacBook would probably be best for you though.

apcaipse
Posts: 2168 - Karma: 25
Karma: 25
Posts: 2168
Addict
http://www.sonystyle.com/webapp/wcs/stores/servlet/CategoryDisplay?catalogId=10551&storeId=10151&langId=-1&intId=1&categoryId=16154&XID=O:vaio:dg_vinb_gglsrch:ad_3370389394:mt_exact#filterVar=initFilter&actionVar=initAction
Am I the only one who thinks Vaio's are the shit?
They're powerful, about as expensive as a mac, sleek, built well, and much more customizable in terms of color and aesthetic designs etc.
And to all the people saying PC's all break down in a few years, you obviously have no idea what you're doing with a computer. The one I'm on I bought in 2002, it's shittier then you can imagine, but it loads web pages quickly, holds my games, music, and it's all I need it to do. However, my dad bought a mac the same year, where is it now? Thrown away, he had it till 2005, he's an IT tech guy, he knows his computers, and he's an avid mac fan. Only problem is, over the past 10 years he's had SIX. Because they've all stopped being able to charge after about 4, and then the cord would die, and by that time they'd stopped making the cords to charge it because it was to old. My family LOVES apple products, and we've had something like 12 macs over the past 10 years. But they ALL start failing after just a few. And there's not much you can do about it.
Oh, and I have another computer, I bought it in 2003, it broke in 2004 because I treated it badly. You just really HAVE to know what you're doing with a computer. You can't download shit you don't know, not use anti virus, go to fucked up sites, or click on ads, it's basic logic.
Jan 14 2010 1:12PM 0 0

wobbly_panda
Posts: 155 - Karma: 10
Karma: 10
Posts: 155
Pro
Haha thats funny. Basically if you want to do anything remotely interesting and creative music or video based, get a mac. If you're gona play games, go on facebook and edit word documents then get a pc cos a mac will be wasted on you.

antwone
Posts: 1352 - Karma: 158
Karma: 158
Posts: 1352
Insane
and you dont get big advantages of having a mac for video editing. windows programs are as good.
maybe demands a little more processing power but they are as good.

wobbly_panda
Posts: 155 - Karma: 10
Karma: 10
Posts: 155
Pro
I will agree that yes, fair enough pc does have the potential to compare to mac. But thats only when building it yourself and knowing things about computers. For the average joe buying a standard pc or mac, mac will last longer and simply be less annoying. And as far as software goes, mac definitely has the advantage.

Chickendodo
Posts: 1425 - Karma: 16
Karma: 16
Posts: 1425
Insane
Don't get an Alienware... they are the shittiest laptops ever.  Yeah they're sweet for the first year or two, then the keys start falling out, the headphone and microphone ports stop working, 2/3 USB ports stop working, the charger falls apart, the battery only holds about an hours worth of power and it weighs like 20 pounds.  Alienware desktops are dope, but their laptops are not quality.

I'd say get a macbook or pro if you're going to be bringing it lots of places and want a retard-proof computer, otherwise it depends on what you're using it for and how much power/speed you want it to have. 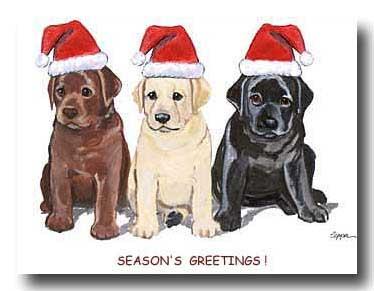 OhMyBosh
Posts: 5056 - Karma: 159
Karma: 159
Posts: 5056
No Life
They have always been overpriced garbage. you can make your own or even buy pre-built PCs with the exact same specs for half the price.

PhuzzyWuzzy
Posts: 358 - Karma: 82
Karma: 82
Posts: 358
Loner
I'm calling you on out performing a Double Quad Xeon Nehalem.  Not gonna happen dude.  Especially if you have an AMD.

Intel and Nvidia have better overclocking potential from my experience.  I shy away from AMD stuff - Intel almost always adopts new technology before AMD, that is why AMD is generally cheaper - it uses older technology.