I had been drinking some last night and decided to call my boyfriend to ask how his night was going.  His phone was off, and I remebered he was going "Taco Tuesday"  ($1 tacos, $2 tequilla shots) at the local bar.  He likes to drink a lot and usually taco tuesday does not end well for him, so I called one of his roommates to make sure he was ok.  After talking to his roommate and a few of my other friends that were also at the bar the story started to sound the same: your boyfriend got into a bar fight and was probably arrested. Hearing this news is unsettling to me, so i send out a few texts asking for them to check when they get home if he is in his room and let me know if he is ok.  Since I had had some tequilla shots myself, I passed out a little after midnight still not knowing if my boyfriend is alright.  Today I was awoken by texts saying he wasn't at home and no one had seen him.  So at this point I start to get a little panicky and all these thought start racing through my mind: "is he really in jail?, is he dead passed out in the snow? is he drunkly stumbling around town? has his body been comprised in some way by somebody esle?"  At this point I should probably mention that he lives in Mammoth and I live in Southern California.  I try calling his work since he is supposed to be there by 8am, no answer.  I call the jail and luckily he wasn't there and they had no record of him being arrested.  The lady at the jail says I should be happy he is not there, and I tell her I am but if he was there at least I would know his whereabouts.  So after I get off the phone with the police, I am quite distraught, to the point of shaking; I am six hours away and I do not know what I can do.  I care about him immensely and would be devestated if something happened to him.  So in my shaky panic I realize my last hope is to log onto Newschoolers, because he always is on it while at work.  I sign in and I see the little dude on the friends tab has a green bandana on.  I click it and low and behold he is signed in and has been idle for one mintue.  I send him a message to call me which he does and apparently he almost got in a fight, was never arrested, stumbled home around midnight and passed out in bed, needless to say I was quite relieved. (as a side note the rommate who told me he got arrested blacked out and pissed on the livingroom coffee table ruining a laptop in the process)

I suppose NS didn't exactly save my life, but it did make it much better.  thanks NS!

Skiingslikewhoa
Posts: 426 - Karma: 12
Karma: 12
Posts: 426
Ridiculous
Sounds like a fucking deadbeat, and NS didn't do shit to save your life


This taco night you speak of sounds very appealing to me.

I am devastated. Last week got too rowdy and no more $2 tequila shots.  They are now $4 but tipping well makes them doubles. 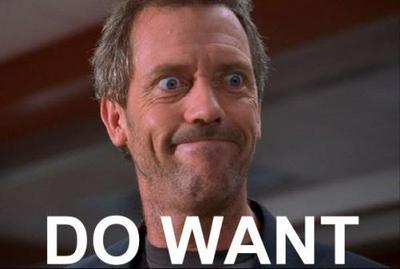 johanblaze
Posts: 4987 - Karma: 343
Karma: 343
Posts: 4987
No Life
That was the gayest story I have ever read in my entire life. Thank you for wasting a minute of my life I can never get back. Stop fucking worrying, get off the internet, and get a life!

newschoolers once helped me one my coming out

by buying me a bunch of sluts to get me back on track again,