Will I kill my self mixing non radial snow tires with radial all seasons.

I have a great deal on 2 studded non radial tires, is there it is a terrible idea to put these on the same (rear) axle, while keeping my regular radial all season. Doesn't need to be the ideal combination I just want to know that its not going to be dangerous

I figure even though every body says that they provide less traction than radials they are studded so they'll provide more traction than the all seasons.

Mooserz
Posts: 2945 - Karma: 32
Karma: 32
Posts: 2945
Addict
the point of snow tires is to get traction, so id imagine if you only put them on the back youd be fine. my buddy does this on his truck and he has no problems

Here is a quick wikipedia find about the two different types.  Its seems like radials are stronger and offer a smoother ride and thus better fuel milage.  But if  you are going for traction i would say the studs should be fine

In the past, the fabric was built up on a flat steel drum, with the cords at an angle of about +60 and −60 degrees from the direction of travel, so they criss-crossed over each other. They were called cross-ply or bias ply tires. The plies were turned up around the steel wire beads and the combined tread/sidewall applied. The green (uncured) tire was loaded over a curing bladder and shaped into the mold. This shaping process caused the cords in the tire to assume an S shape from bead to bead. The angle under the tread stretched down to about 36 degrees. This was called the Crown Angle. In the sidewall region the angle was 45 degrees and in the bead it remained at 60 degrees. The low crown angle gave rigidity to support the tread and the high sidewall angle gave comfort.

By comparison, radial tires lay all of the cord plies at 90 degrees to the direction of travel (that is, across the tire from lip to lip). This design avoids having the plies rub against each other as the tire flexes, reducing the rolling friction of the tire. This allows vehicles with radial tires to achieve better fuel economy than vehicles with bias-ply tires. It also accounts for the slightly "low on air" (bulging) look that radial tire sidewalls have, especially when compared to bias-ply tires

prontocuts.com
Posts: 5244 - Karma: 36
Karma: 36
Posts: 5244
No Life
not necessarily. I have a front wheel drive car. That means that the tires I turn with, are also the tires that I use to move. The rear tires are just there for the ride, They have worked well so far, just a few slips when i was screwing around testing them out (I live in minnesota)
Dec 30 2009 2:43PM 0 0

if your talking about bias ply swampers, dont do it, they flatspot overnight and your car will shake violently for a good 5-10 mins until you get them warmed up and back into round.

Once again they don't need to be great. They will probably see about at max 40 miles of snow covered roads and 2-300 miles total this season.

vincepru
Posts: 5474 - Karma: 17
Karma: 17
Posts: 5474
No Life
are these going on a dually? like your gonna put one studded on one side with a radial, and same on the other side? you should be all good man. just remember, with just regular tires up front and the extra traction in the rear, its going to be tough at times to turn in the snow, your truck will want to go straight
Dec 30 2009 2:54PM 0 0 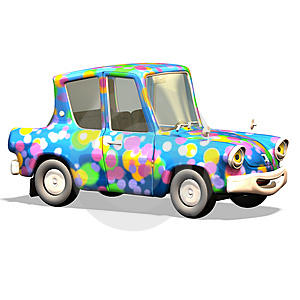 conman2800
Posts: 609 - Karma: -2
Karma: -2
Posts: 609
Ridiculous
What ever way you put them on the new tires will HAVE TO BE SHAVED to fit the other ones. I just bought snow tires with studs today!!!   check this place out=            http://www.tirerack.com/tires/TireSearchResults.jsp?cameFrom=WinterSection&startIndex=0&vehicleSearch=true&width=205/&ratio=70&diameter=15&sortcode=38700&performance=W&minLoad=S&search=true&autoMake=Jeep&autoYear=1991&autoModel=Cherokee&autoModClar=
Dec 30 2009 5:12PM 0 0

ESAND
Posts: 1607 - Karma: 737
Karma: 737
Posts: 1607
Insane
Why no just no. Having way more traction in the front than the back will mike the car oversteer happy as fuck especially under braking.