jason...
Posts: 9006 - Karma: 780
Karma: 780
Posts: 9006
Crazy Fool
Make for awesome photo opportunity's. If one ever happens at your local mountain, bring your camera with you, you will not regret it. Peep the picture below. 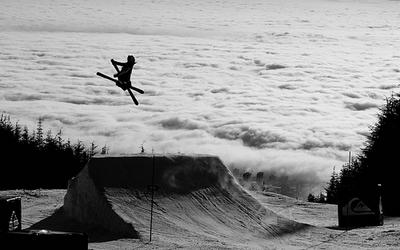 DrZoidberg
Posts: 5583 - Karma: 3,325
Karma: 3,325
Posts: 5583
No Life
I thought this thread was going to be about developing film, seeing the black and white pciture almost made me certain. Than I read the text. Wikipedia says this, so I'm pretty sure it is the clouds.

Bentley@DOSMedia
Posts: 1410 - Karma: 1,826
Karma: 1,826
Posts: 1410
Insane
An inversion is basically where its warmer at higher elevations and colder at lower elevations. Thats the easiest way to describe it I bet. When that happens also it does create clouds/fog in the Valleys below the mountains.
Its very common early in the season (november and december), but it usually wont happen much after that.
Great picture man I love when the weather is like that as well... 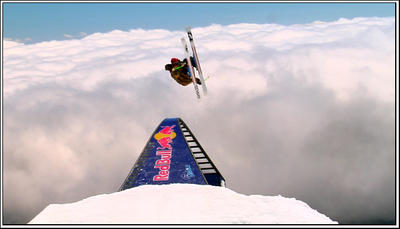 jason...
Posts: 9006 - Karma: 780
Karma: 780
Posts: 9006
Crazy Fool
Essentially it's when it's warmer at higher elevations than lower elevations. The temperatures are "inverted" if you will. I think it happens more at coastal mountain ranges than in the interior. Whenever it happens there is usually a THICK fog engulfing the lower elevations, like shown in the picture. 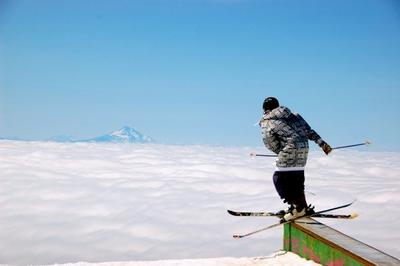 Oh and if i havnt said before, REAL sick photo's man!