TRSkier415
Posts: 134
Karma: 8483
Posts: 134
Pro
So, just a question to all you full tilt owners out there. I just got a pair of hotdoggers and Ar6s, both of which I'm really stoked on, and had the skis mounted with fks 185s at true center (don't give me any crap about the true center thing. I've been skiing AR6s for 4 years at true center, I like the way they ski, it's my preference, so nothing you say is going to make me change that mounting (plus, this thread is not about that at all)). When I brought them home, however, it appeared to me they might be a little in front of center. I told my shop to mount between the M and A in ARMADA on the sidewall, and we measured out a few times just to make sure that was the center of the ski. So, to double check this and make sure they mounted on the line, I clicked the boot in and found something interesting: one side of the boot (the outside) had the mounting marker lined up perfectly between the M and A and the other side (the inside) had the marker about a cm in front of that point, maybe between the R and M.
Now, this is a small difference and honestly after measuring everything out again, it appears that these are actually on the mark (my eyes are just deceiving me because turntable heelpieces take up less room when clicked in than the toes, so the toes make it seem farther forward). Yet, still, I'm curious about this marking issue. The shop obviously measured on the outside markings on both boots, but are those the right ones to mount with? Is this kinda thing common on all full tilt boots (flip yours over, compare and check it out)? or are my eyes just deceiving me?
I'll get some pics up in a little to help with this explanation.
Thanks.
Dec 24 2009 10:16PM 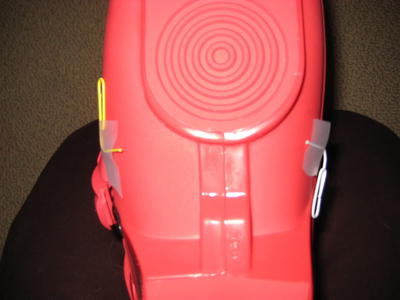 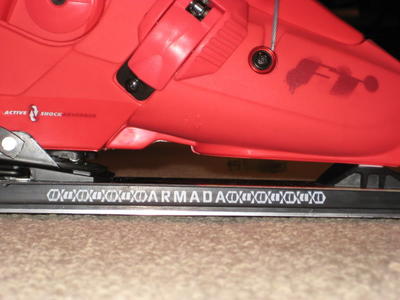 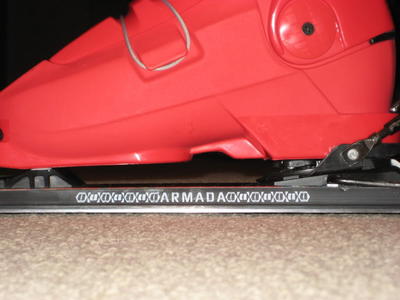 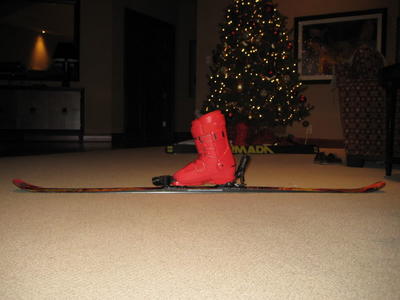 A couple notes:
a) I marked the markers with paper clips
b) the up-close pics of the ski and boot will be hard to see, but if you look closely you can see the markers
Hope this helps explain the situation.
Dec 24 2009 10:41PM