Going to be taking a road trip with the girlfriend up to BC from Seattle after Christmas for a week and a half. Looking for beta on the best places to go, any good lift ticket deals and backcountry access. Also would be sweet if any one wants to hook up to go touring or show us around the resorts. We both have avy gear, training and have experience in the bc.

I've got my truck setup with a canopy and a sleeping platform so we'll be pretty mobile and go hopefully wherever the snow is falling. The plan is to head up to Revelstoke/Golden area first then possibly Banff or down to Fernie then to Nelson then Rossland. I've been to Revy, KH and Red before but I've heard a lot of good things about Whitewater, so I def want to go there. Fernie also looks good, but we'll prolly only go if they're getting dumped on. I've taken a roadtrip up to BC the last couple years but this year I want to do more backcountry, especially since lift tickets cost so much. I've heard Rogers pass and Whitewater are good spots to go. Any advice on other places to go?

We'll be staying in the truck most nights, but we'll probably stay at a hostel at least a couple nights to cleanup and dry our gear out. I know it'll prolly be hard to find rooms available around this time of year. So if you have any beta on good hostels or other cheap places to stay that would be rad.

Anyways, thanks for reading and I look forward to reading your responses.

Cheers! And heres to it dumping a shit ton next week.

skiseemore
Posts: 988
Karma: 17535
Posts: 988
Insane
fernie is getting dumped on but it is also warmed up so the snow is wet but if you come out i can hook you up with some backcountry guides

that being said - if you have touring gear, Whitewater is a slackcountry dream. talk to a local, find out where to climb (or go down the backside) and you'll have some really amazing turns bringing you either back inbounds or down to the access road.
Dec 23 2009 6:03PM

Right on, that's what I've heard. I've got a AT setup so definately will be down to do some easy access slackcountry.

Just found this deal called the red, white and you pass. It's $99 for 3 days at whitewater or Red mtn. You get them at 7elevens in Spokane, WA. Seems like a steal, anyone heard of it?

Also, anyone have any experience with Big Red Catskiing? Thinking about doing that for a day.

and red is super sick!

Such a sick trip! We got back yesterday. I realized I didn't have cell service or internet so sorry we didn't get a chance to meet up with anyone. The Chevrolet Chalet was pretty cold but we survived, haha. We ended up doing 2 days at Red, a day at Big Red cats, 1 day at whitewater, 1 day at kicking horse and a day at Revy. 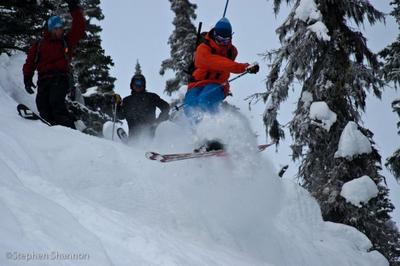 Big Red Powder Cats was super fun. It was our first time catskiing and I would for sure go again. I would like to try Retallack or somewhere else with some gnarlier terrain though. 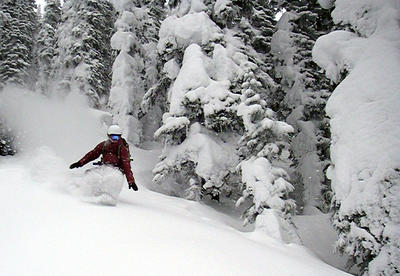 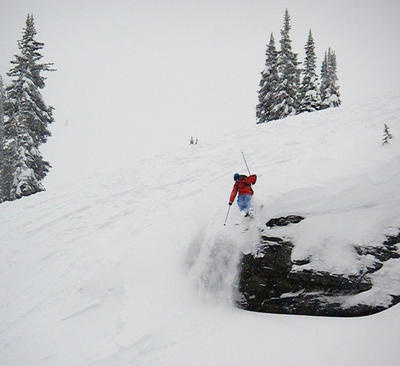 But Revelstoke was the deepest... 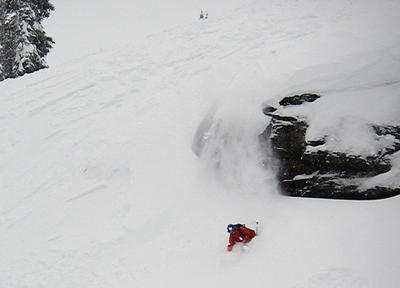 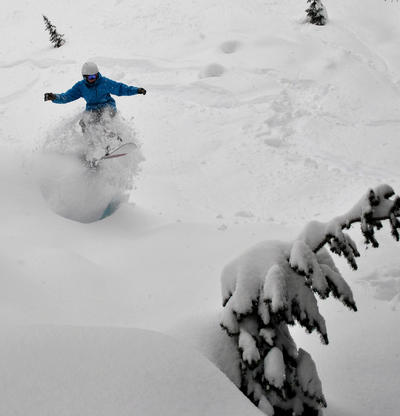 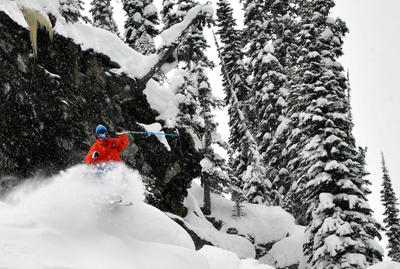 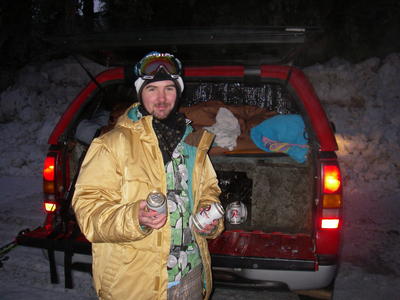 It was a super fun trip and a great break from the warm snow down in Washington.