in my opinion guys like wallisch and HH  have the worst style. i just dont like this stupid wanna be thug gangsta shit. people might say there 'hyphy' or they 'afterbang' but it just doesnt seem natural it seems forced. tanner and jon, now thats style. there not trying to be something there not.

and spriggs is a dope as hell skier. he just looks like he's got style cuase he's tall. even though he does tend to open up on his double flips at times.


when did skiing become this? 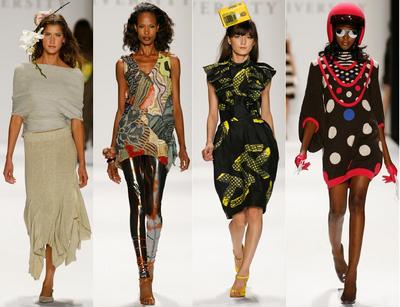 I agree about Harlaut...But Wallisch doesnt even afterbang anymore, he just lands like he never even left the ground (yes there is a difference).

asian_andy
Posts: 830 - Karma: 61
Karma: 61
Posts: 830
Insane
You sir, is a hater. Did your mom not love you enough when you were a child. Does it put you to sleep calling someone "fucking retarded."

yewwwwwww
Posts: 182 - Karma: 46
Karma: 46
Posts: 182
Pro
nah just want people to use their brains before they speak/type. you've sort of back tracked and covered yourself with the "his style is sick on rails" post but then somehow within the half second of leaving the rail landing on the snow his style goes from sick to weak "without a muscle on his body"
fuck. its pathetic.
Dec 7 2009 12:12AM 0 0

skiseemore
Posts: 988 - Karma: 17
Karma: 17
Posts: 988
Insane
this is a pointless hate thread why talk about hating on people jeez the opposite of constructive get a fuckin hobby or heres a thought go out and work on your own style instead of judging others and ps dont hate on thall how quick people forget hes one of the best all around skier on the planet and just cause he doesnt wear stupid clothes absolutely has no bearing on his "style", people say snowboarding is dead, ha skiers have become the new snowboarders only caring what each other is wearing and how baggy we can make everything
Dec 7 2009 12:17AM 0 0

well first of all wallisch's style isnt gangster at all. henriks is and i like it alot.

like on snowboarders. shuan white is textbook style. and guys like chris vogt and tech 9 riders have gangster style.

you might think im talking crap but there is a diffrence

asian_andy
Posts: 830 - Karma: 61
Karma: 61
Posts: 830
Insane
Ok first of all. i didnt say his "style" was sick on rails. I said his tricks were. You are a stupid fucking idiot abo monkey dirty ass fucking pig.

Piste.Off
Posts: 11586 - Karma: 1,861
Karma: 1,861
Posts: 11586
Crazy Fool
ns cares too much about style. whether it be clothes or tricks. you all sound like the queer eye for the straight guy people constantly judging and critiquing others because they are different.
and yes i want tons of controversy to follow this post.
Dec 7 2009 12:25AM 0 0

faux_real
Posts: 984 - Karma: 226
Karma: 226
Posts: 984
Insane
Depends on the area of style. You've got your frail skiers that have already been mentioned. Then you've got sturdy dudes who land solid but wave their arms too much (Andreas Hatveit). And then there are skiers with so much raw ability that they develop their own style effortlessly, but end up looking different than the rest, which can be a little jarring (Charles Gagnier, Candide Thovex even). And last but not least, there are pros that look like every other pro, or just one other pro that is slightly better than them (e.g. Henrik Windstedt in light of Jon Olsson), making them boring to watch.

To many fan boys on NS, for this to actually be a mature discussion.

god i hope this works
/facepalm

first of all Tanner Hall basically invented style on skis, along with JF and a couple others.

I believe that ride away, (ride anywhere for that matter) is a big part of someones style. Style is anything on skis that looks good.

but the main thing is going out and having fun. Having fun and being stoked is the best style

nickmiles
Posts: 1070 - Karma: 844
Karma: 844
Posts: 1070
Insane
On one hand I completely agree with you. On the other, being able to ski and make turns is just as important as sliding the rail feature or doing the trick in mind. NOT a fan of afterbang or rideaway steeze in general, but i do think its way sicker to take off/land on edge and land in a turn. (essentially riding away on edge)
Dec 7 2009 2:41AM 0 0

just coz someone afterbangs every trick they do doesnt mean they have a sick style. afterbang isnt even a trick, its after a trick.

i think if everyone flailed more in the air and almost always had to revert/ skid out on landing everyone would have a little more steeze. that and wore tighter clothing.

Gus is "a little" sloppy with his tricks, sometimes arms flailing around a bit, but to me it is one of my absolute favourite styles and it's pretty unique.

As for Mr.Ager, for some reason I can't stand his way of throwing tricks and the "sloppiness" aspect, albeit skillwise/technically he seems to be one of the best guys doing tricks in the BC.

What I like is that they both keep stepping up their game and don't seem to give a hoot about other people's opinions, so even this thread would not phase them. Ressspect.

sagesnow
Posts: 3116 - Karma: 1,593
Karma: 1,593
Posts: 3116
Addict
Charley ager style isnt necessarily bad but i would say he doesnt really have one. its so fun to watch him ski though just cause hes all over the place huckin like no other, hes definitly fun to watch if you ask me

snowking249
Posts: 1452 - Karma: 26
Karma: 26
Posts: 1452
Insane
ok i realize that this is ur opinion and everything but you have to realize that tanner hall is one of the pioineers of freestlye skiing and he doesnt need to be "out there" because he throws the cleanest tricks and he is consistent, therefore all of his xgames wins.
Dec 7 2009 1:02PM 0 0

wasatch_rat
Posts: 1709 - Karma: 2,258
Karma: 2,258
Posts: 1709
Insane
people are gonna say this is dumb, but it is hard for tall skiers to look good on camera unless, and heres the controversy, they wear big clothes. think about it people hated on martini's style for a long time until he got some huge ass salomon shit, granted his landings did get significantly better.
when a tall skier bends at the waist when they land, it looks really sloppy because they just look lanky and like their throwing their ass in the air. but when a shorter skier does the same thing, it they just look compact and comfortable. solution: bigger clothes, because it negates the lankiness. i know it sounds dumb, and i'm not saying that tall skiers can't have style without huge clothes, but it definitely makes it easier.
and i think that every pro has some part of their style that looks good and some part that looks bad. like bobby b looks amazing in the air, but something about his landings just look so uncomfortable, its like he reaches for the ground to early and then absorbs the impact all with his waist. on the other hand, gus looks a little sloppy in the air sometimes, despite the fact that he has some of the best grabbing skills in the game, but his landings are usually really clean
theirs really no pro that i don't find something appealing about their style, because they all do their own thing, and their fucking pro so their the best there is at doing it
Dec 7 2009 1:29PM 0 0