Replying to Danny Kass arrested for driving his van up a trail!

toominator:
After being discharged from a weed conviction a couple of weeks ago he goes and does this.... dude can't be the brightest boarder around haha. Hopefully this isn't a repost.

"A high-profile United States snowboarder has been arrested after a crazy stunt that allegedly endangered skiers and boarders at Cardrona Alpine Resort on Monday this week.


Double Winter Olympic medallist Danny Kass, 26, drove his van up a crowded main trail at 9.30am.

Kass, a finalist at Cardronaâ€™s Burton NZ Open last weekend, allegedly got the van jammed in snow on the way up. And thatâ€™s when disaster could have struck, according to Wanaka cop Mike Johnston.


â€œThe vehicle ended up getting stuck on an angle and because the snow conditions were soft, if the vehicle [had] rolled over it would be a great big metal missile screaming down on its side or on its roof â€“ down through the middle of the skifield â€“ until it stopped against something solid.


Pro rider Kass is thought not to be entering the Winter Games â€“ halfpipe events are on at Cardrona next week â€“ but â€œhe wonâ€™t be backâ€ at the skifield, Cardrona manager Gary Husband says.


Kass initially spoke to Cardrona staff about having his conspicÂ­uously-painted van towed to the halfpipe for a promotional photo shoot.


But then â€œthe driver has taken the liberty of thinking that he had permission to [drive] the vehicle all the way throughâ€, Johnston says.


â€œNow whether he had permission or not is irrespective of him putting members of the publicâ€™s safety at risk.â€
With chains on his van, Kass allegedly drove up past the carpark, beside the ski patrol hut next to the base building and up past the queue to MacDougallâ€™s quad.


â€œHeâ€™s basically driven up the middle of the main MacDougall ski route. And thereâ€™ve been members of the public coming down through that,â€ Johnston says.


â€œTo have a completely alien-type vehicle in that environment with no warnings at all to anybody causes huge concern.â€


Skifield staff contacted police once they saw what was happening, frantically organising a groomer to build a snow barrier to prevent the van from sliding.


Kass was breath-tested but wasnâ€™t under the influence of drugs or alcohol, Johnston confirms.


He was charged yesterday with endangering the safety of the public and is scheduled to appear in Queenstown District Court on Monday. 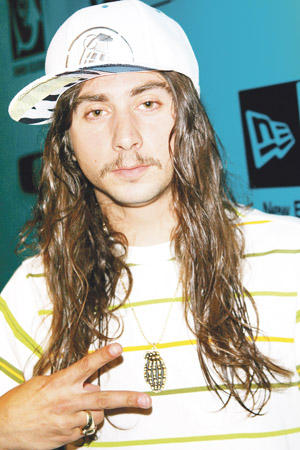