Benedetto.
Posts: 2526 - Karma: 64
Karma: 64
Posts: 2526
Addict
i have a migraine and every other car in japan is a skyline. i will come back time to time with updates for anyone who cares

Dubsman35
Posts: 8853 - Karma: 58
Karma: 58
Posts: 8853
Crazy Fool
me and my brother were talking about this the other day
Skylines and Supras are so fucking expensive, yet so worthless. You can get a non turbo, automatic 10+ year old supra for 15k.

the cars get beat to shit by their drivers, have a ton of miles on them, and they are still soo expensive in comparison

and yeast, we stopped in okinawa for a night because our main body is stationed thier, i'm on a detactment.

and valley, get the fuck out of your moms house and do something with your life

prontocuts.com
Posts: 5244 - Karma: 36
Karma: 36
Posts: 5244
No Life
My friends living in okinawa for marine amphibious recon, he hates his life

Benedetto.
Posts: 2526 - Karma: 64
Karma: 64
Posts: 2526
Addict
korea smells bad but the weekends are a blast. if anyone ever gets the chance to go to korea, save some money and go to busan. texas street to be exact.

Benedetto.
Posts: 2526 - Karma: 64
Karma: 64
Posts: 2526
Addict
i just got back from a 3  day trip to seoul and let me give this advice to anyone who might ever go to south korea. for example like inspiring teachers or military. go to seoul. life changing experience. the DMZ alone was worth the trip let alone the sick clubs and shopping. i don't even know where i would begin to start on the story of this trip. a city of 10 million people and thousands of things to do. 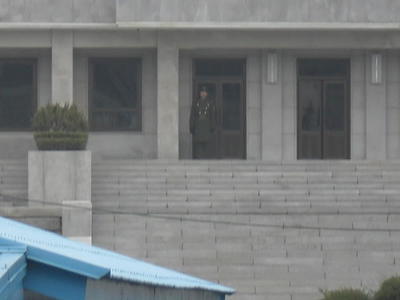 north korean standing watching on the border. just waiting for one of us too fuck up/ crazy shit 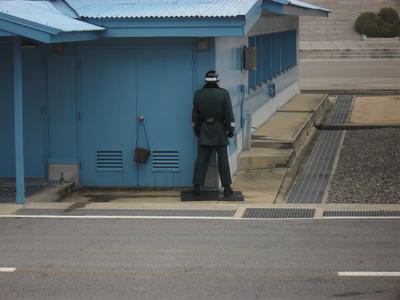 south korean also standing watch. strategically placed with half his body behind the wall so the north koreans don't know what he's holding in his left hand which is nothing lmfao. they also wear avator sunglasses for intimidation and they only choose the best solders to stand watch there. they are also 6 feet or taller so show they are bigger than the enemy since north koreans are on average 8 inches shorter than the average south korean which is like 5'7''.   there has been a few incidents where tourist have crossed the border and started shoot outs. one time a russian from the north korean side ran to the south to escape and it started a 5 minute shoot out with casualties. that russian now lives safely in seoul married to a korean. yes he choose that location to run haha. 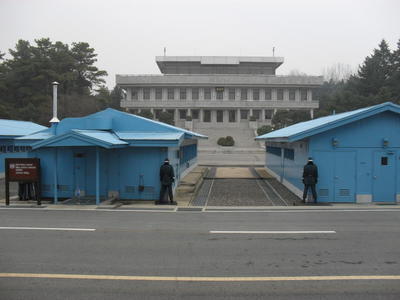 in one of those buildings there is a peace treaty room that is divided in half by tape to signify the border. we weren't allowed in due to h1n1 which fuckin sucked since we're all vaccinated but whatever. another one of the blue buidlings is for the swiss folks who act as a neutral between the two countries which is hilarous.

IHOP
Posts: 2155 - Karma: 14
Karma: 14
Posts: 2155
Addict
You absolutely must go to a "Jim-Jil-Bang" while your in Seoul. It's essentially a really ridiculously awesome public sauna/bath. I went back to Korea to visit relatives and I went to these bathes every night. So make sure you go to a big one and not a small one. and there open 24 hours.

IHOP
Posts: 2155 - Karma: 14
Karma: 14
Posts: 2155
Addict
Don't worry the baths are super clean and I promise you that you will never have an opportunity to go to such bad-ass saunas again ever.

up to 6 different hot tubs, some with herbs floating in them, some with salt water, some hot tubs made out of gold, numerous types of jetstreams coming from below the sides and the ceilings, etc. Also their are numerous different saunas as well, all intricitley designed such as granite beds, quartz rock beds, etc.

I understand if you're uncomfortable with public bath situations, but Im telling you will never find CLEANER and such elaborate bath houses as the ones you will see in Korea.

but again you have to find a nice big one in Seoul or Busan, and not some small crappy one.

Benedetto.
Posts: 2526 - Karma: 64
Karma: 64
Posts: 2526
Addict
yeah it was pretty sick. i'd rate it somewhere between mountain creek, nj and vermont so it wasn't amazing. great considering I missed all of last season. worst part was avoiding thehug crowds. and lets just say koreans aren't amazing at skiing. sick picture in my profile though
Dec 26 2009 11:34PM 0 0 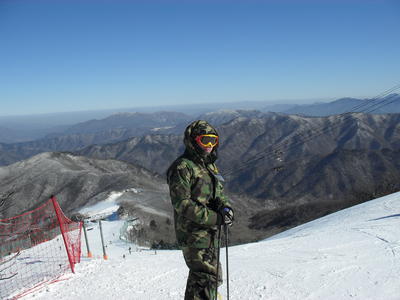 Benedetto.
Posts: 2526 - Karma: 64
Karma: 64
Posts: 2526
Addict
13 days till I leave this country. First movement left out this morning, and then there was 10. Getting trashed tonight with some korea girls. Life is good in Korea. 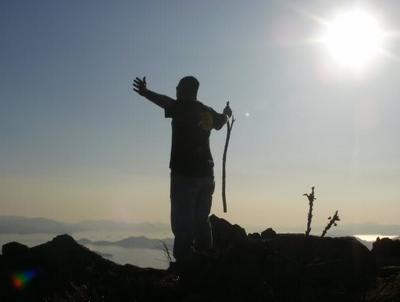 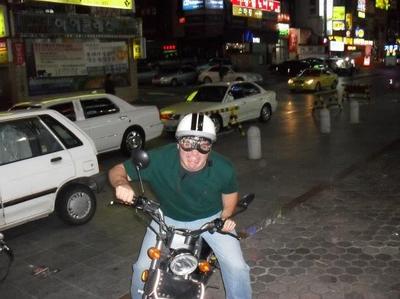 blunts
Posts: 295 - Karma: 9
Karma: 9
Posts: 295
Loner
you sir do not know much about cars. but i do agree with the last statement. a lot of people think these cars are invincible or got their mommy to pay for them so they dont give a shit. I want a supra or a sc300, but im gonna wait till i have a steady income. Yes they are expensive and there is a reason for that. if you know what your looking for you can find an older skyline or supe with under 100 ks on them, just sayin.
May 13 2010 8:49PM 0 0