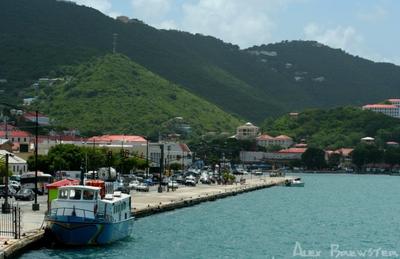 I was going to say that they were all very underexposed, but my monitor was just very dimmed haha.

Overall, not too bad, but here some minor critiques. Also, where are these taken?

1. Not so sure it needs to be a pano shot. the subject seems to be the house and/or boats, so i would suggest keeping the photo more based around them. the rest of the shoreline seems empty. the majority of the cool cloud formation also lies right above the house/boats, so i would stick to that area. also, it would be nice to have more water. not too much, but just to give the shore a little more "breathing room"

2. composition wise, i love it. there is just something about it that doesn't do it for me. i cant tell why. you have leading lines (the dock/road where the boat is and shadow on the mountain all point to the same place) and you do a lot of good things. maybe it would work better for me if you darken up the shadows in the mountains and the sky a little more. they seem overexposed. thats really the only thing that i cant think of now. good shot though.

3. really sick. i like the shot a ton. the sailboat and land on the right balance eachother out very well. the only think i don't like is that the horizon is about 50/50 up the frame. honestly though, it works for me so i don't think i would change it too much. if i were to, i would crop a tad off the bottom, but its really nice as is. the colors are pretty great too.

good work. the stuff that you post seems to be better and better each time i see it.

^nate^
Posts: 1263 - Karma: 557
Karma: 557
Posts: 1263
Insane
for the first, i'd say the pano is useless. it's great shot but the only subject i see is the beach house, which is tiny in the frame. looks like a great environment for a cool shot of the beach house up close if you were able to get closer... maybe swim over there.. jk.
for the second i'd say composition is a little off. the boat way down in the corner is a little bothersome. the mountain range up at the top left corner that touches the top of the frame also is a little bothersome, same goes with the hotels cutting out on the right side half way up.
also the first two shots seemed pretty washed out. consider getting a polarized filter if you're gonna be shooting in harsh sun like this a lot.
for the third shot i agree nick.iodice. vertical half and halfs are really weird composition wise. maybe consider a landscape frame with more rule of 3rd incorporated. other than that the sky is beautiful and the silhouette looks great.
some harsh reviews here, but that's what critiques are for. good shots though, keep it up.
Jul 16 2009 9:05PM 0 0

The 2nd has everything in great positions but the color is under saturated and it just looks washed out and boring.