I am 5'7 and 115 pounds and ABOUT 70% PARK 30%all moutain. I am wondering will the invaders hold up in a about a foot of powder. And also ur opinions on each of the skis.

Ftacnik
Posts: 1997 - Karma: 107
Karma: 107
Posts: 1997
Insane
Everyones gonna say that Invaders suck cause there too soft and suspect will either snap or your edges will rip out. Good Luck buddy!

rep_your_hood
Posts: 533 - Karma: 13
Karma: 13
Posts: 533
Ridiculous
I would not reccommend that you take invaders out of the park especially not in 1ft of pow. For more info on both these skis search around this forum and you will find 1,000,000,000 reviews of both these skis.

Ming
Posts: 966 - Karma: 35
Karma: 35
Posts: 966
Insane
They are 2 totally different skis.
The Suspects will hold up better out of the park and better on jumps etc. Not sure on the powder part though but would possibly do better than invaders. I wouldn't recommend the invaders out of the park. 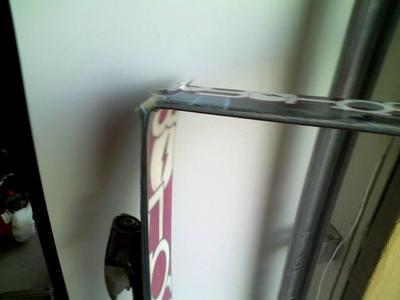 My friend loves his suspects

how does that happen? and i'm pretty sure whatever snapped that ski would snap any ski... just saying.

why not try out some like k2 kung fujas or w.e for some park and powder skis or somethin i really dont know just named somethin

Ftacnik
Posts: 1997 - Karma: 107
Karma: 107
Posts: 1997
Insane
I have invaders and there super fun. Ive rode a foot of pow in them and there not as bad as everyone says they are. Just lean super far back and hope your tips dont go under HA. But there still super fun in the park

Walkawalka
Posts: 314 - Karma: 43
Karma: 43
Posts: 314
Loner
your not going to find a park ski that skis "well" in powder. It just doesn't exist. If you want both out of one ski, you're going to have to make a compromise.  The best option is to get 2 pairs of skis.

for skis that will hold up in both park and pow but will not excel at either check out skis like rossignol s5, line blend, 4frnt msp, armada arv

the armada el rey look like it might be what youre looking for, youre going to be doing mostly park but some pow: http://www.armadaskis.com/product/skis/el_rey.php

Shlogan
Posts: 4942 - Karma: 430
Karma: 430
Posts: 4942
No Life
ok dude so you went from suspects and invaders to tnks, which are all about the same widths (not exactly, but fronkley its ganna be kinda hard to tell the difference). in terms of pow, tnks will float even less than invaders and i would assume that suspects would float just as badly if not worse than either of those two because they are stiffer by far. at your weight your ganna want the softest skis possible because they float in powder better, will feel easier to flex, and will still feel fairly solid on landings. although im a bit biased, i would say your best bet would be line, or maybe arv. line anthems or lizzys is what i would ultimately recommend to you, depending on which width sounds better to you.
hope al this helped man!
Jul 10 2009 8:32PM 0 0