Can't say it better myself, so here goes:

I’m writing this letter to express my disappointment in your company in firing Michael Phelps as a spokesperson for your products because he was photographed while enjoying some marijuana.
I respectfully would like to communicate my opinion on this matter because I think it’s of great public interest.

First of all, although it is true that Mr. Phelps broke the law, I think any reasonably intelligent person would admit that it’s one of the most ****ed up and corrupt laws that we have today in this country. Marijuana is relatively harmless and certainly far less dangerous than a host of other things that are not only legal but also readily available, like alcohol and prescription drugs. The only reason it remains illegal to this day is because it’s a plant and you can’t patent it and control it’s sale, and because if it were legal it would greatly affect the demand for a host of prescription drugs that rake in billions of dollars each year for pharmaceutical companies.

Marijuana has never killed anyone EVER in over 10,000 years of use. We’re not protecting people from themselves, we’re not saving the children - it’s just a horribly illogical law that is in place because of corruption and propaganda.

The fact that it’s against the law is just a disgusting reminder of how retarded our system is, not a reasonable reaction to a proven threat to society.

I have to say, this whole thing saddens me, because I personally would like to think that as Americans we’re better than this. These television news anchors will shake their heads at the thoughtless mistake Mr. Phelps had made by “smoking dope,” and then without even the tiniest sense of irony they will cut to a beer commercial.

This is supposed to be the land of the free and the home of the brave, right? We’re not supposed to be a nation of little bitches giving in to the whims of corrupt politicians and the pharmaceutical companies who’s interests they’re representing.

It’s 2009, and in this day and age with the incredible access to information that we have available there’s no ****ing way that we should be allowing human beings to tell other human beings that they can’t do something that they enjoy that hurts no one including themselves.

THAT is madness. THAT is ignorant, and THAT is completely ****ing un-American.

I don’t want to hear any of that, “he’s setting a bad example with the children” nonsense either, because we all know if he had a gin and tonic in his hand instead of a bong this would never have been an issue, even though every single study ever done has shown that marijuana is FAR less dangerous than alcohol.

Marijuana laws are a horrible waste of resources and law enforcement, and especially in this day and age with our economy in such horrible shape I believe the last thing we need to be doing is wasting tax payers’ money on any of this victimless bullshit.

I find your reactions to Mr. Phelps situation both ignorant and short sighted.

I think what would have been a far better response from Kellogg’s would be to support Mr. Phelps, and perhaps point out that maybe we as a society should take a closer look at the evidence and possibly reconsider our position on this misunderstood plant that so many of our productive citizens find useful.

Now, I’m sure if you really were running Kellogg’s and you were still reading my bullshit all the way down to this, you must be thinking, “Why the hell would we stick our necks out like that for pot smokers?”

And of course the answer to that question would be, because we buy your shit, mother****er.

Do you guys even know your consumer statistics? Well, let me fill you in on some of my own personal scientific research on the subject, because I have been closely studying my own purchases for over 20 years, and I can tell you that I’ve been high 100% of the time I’ve bought your shit.

I mean, do you guys ever think about what you sell?

Pop tarts? Are you kidding me? I would be willing to bet that 50% of the people buying pop tarts are stoned out of their ****ing minds.

Just to be perfectly clear on my position, I would like you to know that I enjoy your products. I think many of them are quite tasty, but lets be honest; you guys sell sugar-drenched shit that’s horrible for your body - in fact, it’s actually way worse for your body than pot - and you market this shit specifically to children.

You ****s go as far as putting lovable cartoon characters on the boxes just so that kids will beg their parents for it.

Now, I don’t want you to misunderstand my point, because I in no way want anything bad to happen to your company. Like I said, I genuinely enjoy your products.

There’s nothing quite like being stoned out of your mind at 2am watching a Chuck Norris movie and eating a bowl of fruit loops. Your company and its products have been a part of some very pleasurable moments in guilty eating, and I’m glad you’re around.

All I’m saying is that it’s high time (no pun intended) that you mother****ers respect the stoner dollar. There’s WAY more of us than you might think, and we tend to get upset about dumb shit like this. There are millions of us, and if we decide that we don’t like a company, they’re going to feel it.

I think if you looked into it carefully, you would be surprised at how many undercover potheads there are out there. Pot smokers don’t all fit into the obvious, negative stereotypes; we come in all shapes and forms - including by the way, the form of the greatest ****ing swimmer who ever lived, EVER.
Think about THAT shit for a second..

So in closing, I would like to ask you nice folks to please smarten the **** up.

I would request that you check the calendar and note that it’s 2000 and ****ing 9, and next time you think about getting all uppity about pot you might want to do a quick google search on the facts.

It’s 4:40am here in LA, and I’m going to wrap up this blog and to celebrate its completion I’m going to enjoy one of my personal favorite Kellogg’s products: Eggo waffles.

I’m gonna pop 4 of them bitches into the toaster, and then I’m gonna stuff the bong with some fine, American grown “Train Wreck” and sacrifice the sacred plant to the fire gods in tribute to the unjustly persecuted 8 time Olympian hero. Then I’m gonna get some butter, and I’m gonna smear it on those Eggos, I’m gonna cover them with maple syrup, and I’m going to eat the ever loving **** out of them.

gmack24
Posts: 4636 - Karma: 31
Karma: 31
Posts: 4636
No Life
yea that's def him...he appeared in the movie super high me and is a pot advocate... I haven't smoked habitually since high school, but there is no reason it should be illegal. Corruption in the country because of monopoly influences is fucking bullshit.

Skiingslikewhoa
Posts: 426 - Karma: 12
Karma: 12
Posts: 426
Ridiculous
Joe Rogans a douchebag I imagine dennis leary writing it, then and only then is it funnt

mtsteez03
Posts: 748 - Karma: 122
Karma: 122
Posts: 748
Ridiculous
joe rogan is the man, fools got the best job in the world and makes but loads of money, and i believe im gona eat some egos and stuff my bong with a lil train wreck

perfect.. haha '50% of the people buying poptarts are stoned out of their mind'  loved it.

really? did you even read it?

doublexl
Posts: 8407 - Karma: 24
Karma: 24
Posts: 8407
Crazy Fool
joe rogan is my fuckin duuuude. i wanna write shit like this all the time to all the companys pullin dumb shit.

every us citizen should have to watch this (The Union)

its well worth the time, and joe argues his case quite well.

i might go blaze and eat some eggos now 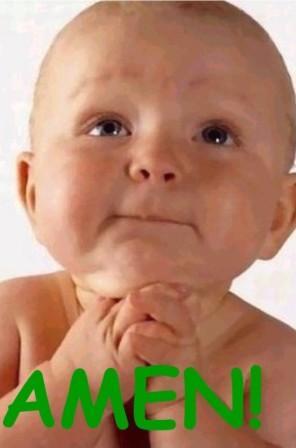 BUT SERIOUSLY.  Pot is a gateway drug and its BAAAAAD.

Nicholas.
Posts: 10905 - Karma: 58
Karma: 58
Posts: 10905
Crazy Fool
hes very intelligent and a good thinker, unfortunately for him he isn't very articulate so his arguments are never going to be well taken by many people.

hes definitely about as real as a realist can be...