breezepig
Posts: 522 - Karma: 5
Karma: 5
Posts: 522
Ridiculous
http://health.msn.com/health-topics/cancer/articlepage.aspx?cp-documentid=100232740&GT1=31025 sorry can hyperlink but yeah there isn't any scientific evidence to this kinda shit and I know it's gonna be blown out of proportion with in the next few days on all the news stations
Feb 9 2009 8:41PM 0 0

skithe49th
Posts: 2487 - Karma: 14
Karma: 14
Posts: 2487
Addict
Marijuana Linked to Aggressive Testicular Cancer
But not all are sure that adolescents' use of cannabis causes cells to proliferate.
By Alan Mozes, HealthDay Reporter

In fact, researchers found that men who smoked marijuana once a week or began to use the substance on a long-term basis while adolescents incurred double the risk for developing the fastest-spreading version of testicular cancer—nonseminoma, which accounts for about 40 percent of all cases.

"Since we know that the incidence of testicular cancer has been rising in our country and in Europe over the last 40 years and that marijuana use has also risen over the same time, it seemed logical that there might be an association between the two," said study co-author Janet Daling, an epidemiologist and member of the Fred Hutchinson Cancer Research Center's public health sciences division in Seattle. "And when I analyzed the data, we found a fairly strong relationship with this aggressive type of testicular cancer."

No link was found between the drug and a less aggressive and more prevalent form of the disease, known as seminoma, which strikes 60 percent of testicular cancer patients.

The findings were published in the Feb. 9 online issue of Cancer.

According to the U.S. National Cancer Institute, testicular cancer is very rare, accounting for just 1 percent of cancers among American men. Nevertheless, the disease is the most common type of cancer for American men between the ages of 15 and 34, the study noted.

Across North America, Europe, Australia and New Zealand, testicular cancer rates have increased by 3 percent to 6 percent in the past half-century. That has led some researchers to suggest that the upward trend might be the product of increased exposure among young men to one or more external factors, including a simultaneous and comparable rise in the use of marijuana.

Along those lines, the researchers noted that the testes could be particularly vulnerable to the effects of marijuana, given that the organ—along with the brain, heart, uterus and spleen—carries specific receptors for tetrahydrocannabinol (THC), the principal psychoactive ingredient in marijuana.

As well, previous human and animal research has indicated that marijuana use might lead to reduced hormonal production (particularly testosterone), poorer semen quality and impotency in men.

Daling and her team explored the notion of a marijuana-testicular cancer connection by analyzing data on 369 testicular cancer patients that had been collected by the Adult Testicular Cancer Lifestyle and Blood Specimen Study.

Participants were between the ages of 18 and 44, most were white or Hispanic, and all were residents of the Seattle-Puget Sound region. All had been diagnosed with the disease between 1999 and 2006. The men reported any history of marijuana use, as well as alcohol and smoking habits, and the same information was collected from about 1,000 healthy men.

The researchers found that current marijuana use was linked to a 70 percent increased risk for the disease.

Independent of known risk factors, nonseminoma risk was particularly high among men who used the drug at least once a week and among those who had started using it before age 18.

Though Daling emphasized that the findings are preliminary, she suggested that attention should be paid.

"We know very little about the long-term health consequences of marijuana smoking," she cautioned. "So, although this is the first time this association has been studied and found—and the finding does need to be replicated before we are really sure what's going on—this does give some evidence that testicular cancer may be one result from the frequent use of marijuana. And that is something that young people should keep in mind."

But the prospect of a causal relationship between marijuana use and testicular cancer raised a lot of unanswered questions for Gary Schwartz, an associate professor in both the department of cancer biology and the department of epidemiology and prevention at Wake Forest University in Winston-Salem, N.C.

"The consensus is that most testicular cancer is thought to originate with lesions in utero, and that the peak age for testicular cancer to actually occur begins, really, right after adolescence," he noted. "That's when hormones released during puberty appear to promote [full-blown] cancer by essentially throwing fuel on the lesion fire, following a relatively long latency. The point being that you don't suddenly wake up one morning with a tumor. So it's a little hard to understand how exposure to marijuana beginning at that point could somehow play an immediate causal role."

"But certainly, the idea that cannabis may cause cancer cells to proliferate is interesting," Schwartz acknowledged. "It could, however, also be that recreational drug use is simply a marker for affluence, since we know that testicular cancer is traditionally a disease that is more common among the affluent. Or it could be a marker for some other event that comes along with it, that triggers lesions that lead to tumors. So, at this point, it's just not clear to me how exactly the association between marijuana and testicular cancer would work."

PeteP
Posts: 482 - Karma: 110
Karma: 110
Posts: 482
Ridiculous
That is the stupidest thing I ever read. It clearly states that testicular cancer only effects 1% of men who get cancer and of that 1% only 40% of them will get that certain type of bad teste cancer. They defaintely don't have enough tested numbers on that 1% of men to link it to marijuana. Its clearly just to back of another reason for marijuana to be a bad thing 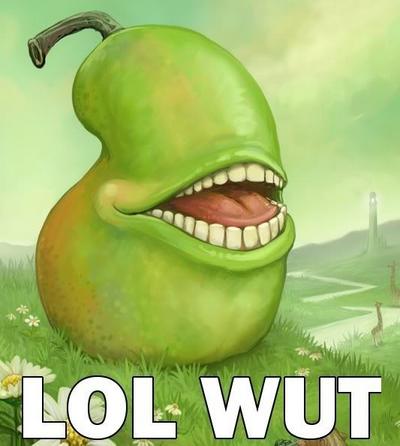