Billek
Posts: 5665 - Karma: 98
Karma: 98
Posts: 5665
No Life
The Drew Carey reference is spot on, you know Bob made the show when every person had a shirt saying something Bob-related.  How many 'Kiss me Drew, OMG' shirts do you see the college chicks wearing?  NONE.  Bob was the man.

Cash cab is much of the same.  The entire show was him using his personality to relay the questions and stuff, so they might as well not air the show without the original host.

This is like Mythbusters without Adam and the Walrus, who would watch it?  I can barely stand it when they play 'musical-co-hosts'.

The United States' version of Cash Cab (or CA$H CAB, as its logo states)[1] airs on the Discovery Channel, and is hosted by comedian, and licensed New York cab driver Ben Bailey.

On the season premiere on December 23, 2008, Cash Cab Canada's host Adam Growe "filled in" on a "special edition" which was tied into trivia surrounding the feature film Frost/Nixon_(film).

It is unknown why Ben Bailey did not host/participate in the episode.


At no time are contestants aware that they are about to enter the Cash Cab or engage in a game show experience.

Portions of this program not affecting the outcome of the competition have been edited/recreated.

Contestants are briefed regarding some game elements prior to taping and must meet eligibility requirements to receive announced prizes.

Some contestants have been pre-screened prior to their appearance on this program.

fujarome
Posts: 8626 - Karma: 1,502
Karma: 1,502
Posts: 8626
Crazy Fool
i've heard that by pre-screened, they mean they have people on the sidewalk doing quick interviews with people to make sure they aren't nuts or anything before letting them in. Can you imagine some of the people that would get into that cab if they didn't? Hell, he probably would have been robbed by now


As for people saying it's fake, its a fucking tv show, they can't just pull people off the street and film them, they could get sewed so easy. I believe the questions and money are all legit though.


I've talked about this a lot, pretty sure they bring them in the cab first, ask them some questions, sign some papers, then do the show. The reaction is definitely genuine cause most of the time people are like wtf lights? game?

Also had the talk if the contestants actually get the cash right on the spot and i think they do. I've seen people who won 1000 bucks get a FAT stack of cash that is blatantly all 100s. They gotta get the cash right then and there, probably get taxed later.
Dec 24 2008 4:32PM 0 0

Curtis being the scholar he is uses sewed (To stitch)

will this mean that the new guy will replace ben bailey on the discovery channel commercial with that song that everyone likes? I have to admit, Ben Bailey isn't the greatest singer... but he's pretty good at hosting a game show in a van!
Jan 21 2009 9:21PM 0 0 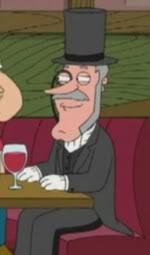