YT.SKEEZE
Posts: 609 - Karma: 17
Karma: 17
Posts: 609
Ridiculous
Just watched Jon's video blog and he said that JOSS may not go down this year.
Does anybody have anymore info on the impending crisis?

sstricky
Posts: 1876 - Karma: 111
Karma: 111
Posts: 1876
Insane
yea and because Last years JOSS was fucking crazy shit and its prob super expensive to do it.. plus he wants to do all this racing shit so its too much work for him to throw down everything at the same time

Powder*Whore
Posts: 482 - Karma: 116
Karma: 116
Posts: 482
Ridiculous
Would you rather watch a downhill race? Or one of the biggest, sickest freestyle skiing events of the year? yea...that's why its gay that Jon is racing again

123ski
Posts: 7369 - Karma: 1,386
Karma: 1,386
Posts: 7369
Crazy Fool
Jon is one of the, if not the hardest working people in skiing.  If you actually watch the video blog, he seems pretty pissed off that JOSS isn't going through.  Which to me means that it is something out of his control.  I am sure he will elaborate on it more later, but don't blame something like this on his racing.  If it is his racing, then I am sure he will put on some other sick events.  You need to have a little more respect for one of the people who has done more for skiing than you ever will hope to accomplish.

YT.SKEEZE
Posts: 609 - Karma: 17
Karma: 17
Posts: 609
Ridiculous
^yeah I was thinking that because of the current financial crisis some major sponsors might have backed out like at ICER air whatever it may be I really hope it works. Maybe Jon can downsize the epicness from last year to still make it happen.

Karcher
Posts: 3788 - Karma: 1,925
Karma: 1,925
Posts: 3788
Addict
its not because hes trying to make a racing comeback. no chance he would do that. he said he heard some bad news that probably something else

gkenworthy
Posts: 779 - Karma: 12,847
Karma: 12,847
Posts: 779
Ridiculous
No, it's because of the economical crisis in the world right now. A lot of major sponsors are bailing on competitions. 48 straight, NAO, and some other events aren't happening this year either supposedly. Jon puts on the best events every year though. I'm sure he'll make it happen, even if it was just a big air like the old JOI it'd still be sick. Hopefully he'll pull through in the clutch.
Dec 15 2008 11:06PM 0 0

cool.
Posts: 3457 - Karma: 1,720
Karma: 1,720
Posts: 3457
Addict
oh... my bad, i wasn't aware that Jon who is obviously one of the hardest working guys in our sport is gay for extending furthermore into what skiing really is and that its not just about park but about being a well-rounded skier, so obviously jon is gay because he races. your an idiot man. do you really think it's jon's racing career that is possibly stopping JOSS? i can assure you its not that because if it was we would have heard about it a while back. it obviously has something to do with the shitty economy and as said above possible sponsors dropping out.
THINK and dont jump to conclusions
Dec 15 2008 11:22PM 0 0

you need to diversify your bonds nigga! (show reference please)

but seriously, outsource it and diversify with sponsors and maybe it can happen... ill be hopin!

Powdered_Donuts
Posts: 2180 - Karma: 185
Karma: 185
Posts: 2180
Addict
that sucks, jon has done so much for skiing and all the athletes as well, if it doesnt go down i vote ns throws an event/comp to show jon some love.

although u are right in about the economy and such, thinking and jumping to conclusions is better than reading a pros post and repeating it trying to sound smart

summersover
Posts: 5777 - Karma: 230
Karma: 230
Posts: 5777
No Life
haha racing hardly would make jon change JOSS
if you watched the last videoblog hes not having the videoblog done on him when he goes for his races in Canada but is making Josh (his camera guy) stay with Oscar to cover the Dew Tour...im pretty sure its gonna be all good. HE HEARD GOOD NEWS ABOUT JOSS PEOPLE so worry less and stop calling the other aspects of our sport gay in case you havent noticed without racing there probably wouldnt be freeskiing
Dec 16 2008 4:17PM 0 0

C.R.E.A.M
Posts: 2311 - Karma: 115
Karma: 115
Posts: 2311
Addict
I kinda think jon does not like rails, and he may be getting into racing because he knows the sport (freestyle) is moving into a more skateboarding and jibbing direction, cause alot of the airs have been exploited already. i was watching him hit key and he does not seem/look comfortable hitting rails at all, seems very tense. 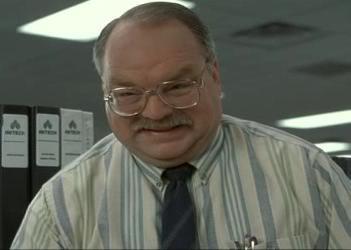 HeartBeatFaster
Posts: 723 - Karma: 26
Karma: 26
Posts: 723
Ridiculous
Jon Olsson's recent blog update said both JOSS and JOI will be going down for sure! Woohoo! Apparently it will not be in Are Sweden this time. More details will come soon

panojibber
Posts: 3382 - Karma: 212
Karma: 212
Posts: 3382
Addict
I was talking to Jon the other day, he said that he was having trouble because a bunch of the normal sponsor companies went under and he lost like $100 000 in sponsorship money. He said there would still at least be a JOI though. Trust me though, its definitely on his mind and his racing time isn't interfering with it.
Jan 5 2009 11:34AM 0 0
All times are Eastern (-4)