I say Snake for sure

Andrew_Ju
Posts: 9371 - Karma: 59
Karma: 59
Posts: 9371
Crazy Fool
is this a joke? if i shot snake with a sniper rifle in the body he would be dead. if i shot master chief in the body with a sniper, he lives. and can recharge back to full shields in a matter of seconds. masterchief can jump like 10 feet, how high can snake jump? it takes 4 battle rifle bursts to kill master chief, and the last one has to be to the head. otherwise it takes 9. i bet snake couldnt take 1 burst. master chief runs out in the middle and starts ownin and pwnin the shit out of everything while snake has to sneak around. furthermore, masterchief saves mankind, earth, and a group of elites. what does snake do?
Nov 3 2008 7:48PM 0 0

Hairmetaler
Posts: 1200 - Karma: 15
Karma: 15
Posts: 1200
Insane
snake has a beastly voice, he sneaks around and just like scares the shit out of people and he takes on whole armies by himself. In metal gear solid 3 he single handedly ended the cold war.... masterchief needs marines and other people like that.

Andrew_Ju
Posts: 9371 - Karma: 59
Karma: 59
Posts: 9371
Crazy Fool
ive never heard snakes voice before, but no matter what it is master chief sounds cooler. he took on a whole army huh? well master chief took on 3 whole races in the universe!!!!!!! the flood, elites, and brutes! which are way harder to take on than humans. not to mention hunters, which come 2 at a time. masterchief does not need anyone else. you are full of shit. you know masterchief would kick snake's ass any day. isnt snake like 9324032 years old too? his bones are brittle! did i mention the fact that masterchief can get shot like 432032 times? and still live? id like to see snake get shot in the body 26 times and be able to fight full strength 10 seconds later
Nov 3 2008 7:56PM 0 0

Hairmetaler
Posts: 1200 - Karma: 15
Karma: 15
Posts: 1200
Insane
word snake doesnt even get detected he slips around without being seen let alone getting shot... hed come up behind master chief put him in a choke hold and break his neck

Sorry, but this snake guy doesn't have anything that can hurt master chief. Even if he sneaked up behind him, how would he kill him? He wouldn't be able to kill master chief fast enough, and chief would just turn around and own him
Nov 3 2008 8:08PM 0 0

Hairmetaler
Posts: 1200 - Karma: 15
Karma: 15
Posts: 1200
Insane
yah but snake wud just use a radar jammer and a smoke grenade chief doesnt have heat vision snake does

face it dude, master chief 1 ups him in everything. You also realize hes like 8 feet tall and can FLIP A TANK. Master chief is so jacked he could snap snakes hands with his neck
Nov 3 2008 8:14PM 0 0

dom_uk
Posts: 1560 - Karma: 12
Karma: 12
Posts: 1560
Insane
Absoloubt bull shit, you think radars gonna pick up solid snake in box mode! THINK AGAIN. he would sneak up behind the mother fucker, maybe equip a cigeratte just cos he can, and get him in the choke hold from behind and snap his neck, ye thats right, through the armour.
I would like to formaly apologise to myself, yes thats right,myself,  for taking part in such a geeky form of discussion, i how ever could not resist when facing the nostalgia of a mis-spent play station 1 revolved child hood.

you think a regular human can win a fist fight with a genetically engineered superwarrior with fucking ridiculous armor?

snake cant use radar jammers whoever said that. you can only use items from your respective game. in this case, chief uses an overshield, sticky grenades, and rockets, and a sniper. there is no way snake and his dinky little pistol is getting out of this
Nov 3 2008 8:20PM 0 0

Andrew_Ju
Posts: 9371 - Karma: 59
Karma: 59
Posts: 9371
Crazy Fool
wtf man. im not jumister. that is my bro, and last time i checked, we are not conjoined twins, so therefore were are totally separate people. my name is andyju. andyju!

no see snake would not be able to assassinate him. he would try, but it would just be like a little dinky tap on chief's back. the reason why you can assassinate eachother in multiplayer is cause everyone is chief, and each one has ridiculous ludicrous superhuman strength. snake is a weak little brittle twig
Nov 3 2008 8:41PM 0 0

Happy.
Posts: 1248 - Karma: 9
Karma: 9
Posts: 1248
Insane
SHAGOOOHAAADDDD
but really, techincally that isnt snake, its big boss who si the dude snake was cloned from. and theres actually 2 or 3 snakes, who would beat the piss outta mastercheif. Theyre all trained to rely on themselves, not the shitload of gear MC relies on to win. MC also has a lot more backup/people to help him out, white snake has almost nooone(that peice of shit you get in mgs4 doesnt even count).
Nov 3 2008 9:46PM 0 0

Hairmetaler
Posts: 1200 - Karma: 15
Karma: 15
Posts: 1200
Insane
yah word like in mgs 3 hes just in the jungle trying to survive and not be seen by like the hundreds of KGB  operatives around him. Snake to me seems way more cold blooded. like his ability to snap people neck/ slit throat, his bad ass interegation styles, and basically being invisible. I would rather have masterchief kill be quickly with a gun than an agonizing painful death from snake 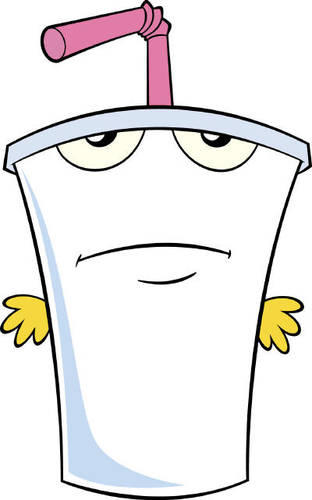 he wouldnt even have to sneak. Snake would just be chillin against a tree in full cammo while master chief was walkin by, then BOOM!

Fintendo
Posts: 846 - Karma: 15
Karma: 15
Posts: 846
Insane
Snake would pop his controller into player 2 slot to slip under the radar, then depending on which year it is he would sneak up to Master Chief and either break his neck or slash his throat.

doritos
Posts: 7368 - Karma: 51
Karma: 51
Posts: 7368
Crazy Fool
Seriously? Snake would devastate Master Chief without even thinking about it. Snake is the epitome of everything badass and manly. He makes Chuck Norris look like a gaping vagina. MC can cheat all he wants with his bullshit weapons and technology, and Snake would take him out with cigarette lit before MC even knew he was there. And if worst comes to worst, Snake has some ballin' guns himself. MC would piss himself in a fight against Snake.

Hairmetaler
Posts: 1200 - Karma: 15
Karma: 15
Posts: 1200
Insane
u forgot one thing.... there iis strong evidencence in teh game that snake gets pussy from hotties

did anyone watch the 8 minutes long video about snake?

i watched 4 seconds and said fuck this

I was just thinking about this very question the other day, and it was definately a no brainer.

Being a owner of both a xbox 360 as well as a playstation three, i own the games for both series of games. Both are classics are very hard to beat but WITHOUT A DOUBT snake kicks ass.

Seriously the greatesty character ever created. He has it all, smarts, brawn, sneakyness. you name it. CAMOFLAGE! master chief has nothing. relies heavily on technology. LAME.

Have you ever played through the Metal Gear Story?!

wow . blows my mind away every time i play. its ridiculous, genius in fact.

ISkiSwitch
Posts: 3157 - Karma: 22
Karma: 22
Posts: 3157
Addict
Ummm. Snake, by far. Have you seen some of the things this guy takes out? Most of the bosses in the MSG games that Snake kills can already destroy Master Chief to begin with. Who cares about sniper shots, plasma grenades and all that other stuff, if you can't find Snake, you can't kill him...

Even with his accelerated growth, old snake (MSG4) destroyed Gekkos, The Beauty/Beasts, Vamp (again), etc. He pretty much would destroy MC. It's not even a competition.