Anyone with some photoshop skills wanna help my roommate for a charitable event???

Pisces
Posts: 905 - Karma: 13
Karma: 13
Posts: 905
Insane
so here's the story. for those of you who don't know, penn state has a dance marathon every year called THON to raise money for charity. there's teams and all that that people are on, and my roommate is part of the school of earth and mineral sciences and they have a team in itself. he got put in charge of making the t-shirts for the team. problem is, he only has paint on his computer, and i am lacking in photoshop as well. what he drew up for the idea was a globe mixed with the penn state nittany lion paw (which has 5 toes). so it woulduld be a world as the pad part, and then the 5 toes sticking out. he also wants THON curving along the bottom of the globe.

This is the globe he wants as the middle part.

and here is the paw with 5 toes 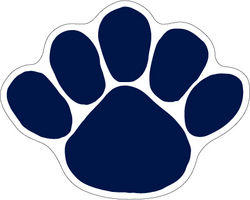 and then just THON along the bottom.
now if youre seriously willing to help it would be appreciated a bunch. also if you could put these 5 words in it, one in each of the toes that would help a shitload. METEO, MATSE, GEOSCI, EME, and GEOG.
I know this is a lot to ask for and a lot won't be willing to, but like I said all help would be appreciated. there's a lot ofhelpful people on this website and I'm hoping one of you see this. thanks a lot in advance.
Sep 18 2008 10:42PM 0 0

Raoul_Duke
Posts: 584 - Karma: 17
Karma: 17
Posts: 584
Ridiculous
I suggest you hit up the Penn State Art/Design Department.  Seems Like a good project/contest for design students.  Send the head of the department an email or drop by their office.