That chick from transformers.... Awesome! check it

LOS ANGELES, California (AP) -- Megan Fox has nothing to hide. 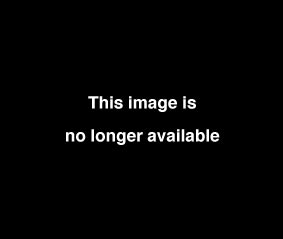 The candid 22-year-old "Transformers" star, who's currently engaged to actor Brian Austin Green, opened up to GQ about her love life, telling the magazine she was once in love with a female stripper. Fox, who appears on the October cover in a black bikini, said she was in the relationship when she was 18 and first living in Los Angeles alone.

"Well, that year my boyfriend broke up with me, and I decided -- oh man, sorry, mommy! -- that I was in love with this girl that worked at the Body Shop," said Fox. "I decided that I was going to get her to love me back, and I went out of my way to create a relationship with this girl, a stripper named Nikita."

Fox said Nikita would do "these beautiful slow dances to Aerosmith ballads." The actress also said she would bring the Russian stripper gifts and try to inspire her to quit her line of work.

Despite the brief relationship with a woman, Fox said she does not identify herself as gay.

"Look, I'm not a lesbian," said Fox. "I just think that all humans are born with the ability to be attracted to both sexes. I mean, I could see myself in a relationship with a girl -- Olivia Wilde is so sexy she makes me want to strangle a mountain ox with my bare hands. She's mesmerizing. And lately I've been obsessed with Jenna Jameson, but ... oh boy."

Fox also defended Miley Cyrus and Vanessa Hudgens regarding their racy photo scandals and said that she doesn't like Disney because they take "these little girls, and they put them through entertainment school and teach them to sing and dance, and make them wear belly shirts, but they won't allow them to be their own people. It makes me sick." startclickprintexclude