So I've had this argument several times with my racer friends, and it's that racers can easily be better jibbers/park riders than most dedicated free skiers.  Then they take it to the next level, and claim that we spend way too much time on dumb little jibs and shit, and that they could own you on the rest of the mtn any time.  They claim that if D. Rhalves wanted to ski park, he would absolutely have no competition.  This makes me laugh, because whenever I see any racers in the park, all I ever see them do is steezless T'd out sevens and then glance over at you like "what!"  Then there's Jon who has dominated some World Cup Races, and whenever that's brought up, the racers are like, "well he's one of a kind."  Not to bash racers too hard, i mean if that's what you're into then cool, but there's just no respect.

Now I know that many free skiers started out as racers or freestylers, and decided it wasn't for them, but what do you guys think?  Do all racers have the right to claim superiority?

cobra_commander
Posts: 16856 - Karma: 4,366
Karma: 4,366
Posts: 16856
Post Whore
tell them that Daron Ralves or whatever is name is one of a kind as well. Or just realize that people who grew up racing are generally going to be way better skiers then people who learned to ski in the park.

jsaya_SagStraps
Posts: 1840 - Karma: 26
Karma: 26
Posts: 1840
Insane
no because freeskiing, like racing, takes time and practice. maybe some peepl can grind their first try, wow, but the thing is no racer can 450 on, 360 switchup (insert other trick here) like pros can.

And yea racing makes you a better skier, no doubt.

Its because racing forces you to train hard and become more comfortable, 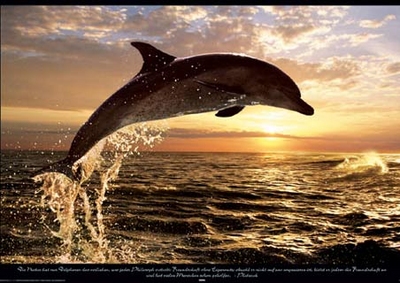 miketheskier88
Posts: 749 - Karma: 66
Karma: 66
Posts: 749
Ridiculous
Used to be hate between boarders and skiers.. now its park skiers vs racer skiers. Enough hate! Let people ski how they want to... as long as I get first tracks.

Jballz
Posts: 1638 - Karma: 79
Karma: 79
Posts: 1638
Insane
my friend colter who is a racer, is the best park skier i have ever seen, going am with nordica next season. my friend alex can 450 on and off, my friend eric can cork 7 off 50foot cliffs and cab 9s in the park(they are all racers) what im saying is that the reason why most racer are better at park that park skiers is that racers get more practice at it.
but i dont know where the park rat vs racer thing started. i dont hate park rats, no one on my team does, and when we aren't training most of us are in the park anyway or dropping cliffs in the pow

How do racers get more practice at it than park skiers, if half the time they are racing?

Jballz
Posts: 1638 - Karma: 79
Karma: 79
Posts: 1638
Insane
where i race we free ski monday through thursday, and train thursday afternoon through sunday, thats how


k my view on this beaten to death topic is that, yes, racers do usually make better all around skiers than people who grow up skiing invaders in the park. better in pow and trees and groomers and what not. however, most of park skiing isn't really skill, its mostly commitment and experience (comitting to that backflip and not thinking about underrotating, ect)...and racing doesn't really give you and experience about committing to a spin/flip or whatever. so racers aren't usually better park skiers than normal.
either way, i've seen plenty of racers who tear up the park and park skiers who can bomb race courses...

now MOLGUL skiing is a whole different story...mogul skiing gives u experience in the air and doing terrain like racing... so thats kinda the best of both worlds. unfountinatly it also rapes your knees, so you end up sucking at both after a while

birdshake
Posts: 1228 - Karma: 71
Karma: 71
Posts: 1228
Insane
I have to admit I am a pretty damn good all mountain skier and Ive never had any racing background ever
Im not amazing in the park but Im not terrible either.

jsaya_SagStraps
Posts: 1840 - Karma: 26
Karma: 26
Posts: 1840
Insane
no im not saying racing isnt a good background, its just the so mentioned racer at the top couldnt just stroll into the park, take a few laps (or even days) and show up pros.

WhoWantIt
Posts: 395 - Karma: 26
Karma: 26
Posts: 395
Loner
I hated racing but there is no doubt it makes you a better skier. And you can tell when someone did race because they are more comfortable and athletic on their skis. And if I were teaching my kid or friend to become a good skier, I would tell them to start out racing. Racing teaches you fundamentals like edge control and dealing with high speeds. You can't be a good skier by learning to ski in the park.
Aug 28 2008 1:09AM 0 0

i totally agree with this. i raced for 9 years and it improved my skiing so much even though i hated racing. im just starting to get into the park and im learning pretty fast.  i dont know if i think that people who race are any better or worse in park.. but i think that it definately improves your confidence and ability to control your skis in any environment.

racing makes you a better skier than just skiing in the park there's no doubt, but why would you want to be a good skier if you dont like to ski "normaly" i mean who cares if you're a good skier or not as long as you're having fun and i dont see how racing will make you a better skier that doesn't make sens... you get better by skiing in the park a lot, not by going fast trough gates

spending hours on edging and balancing drills wont help you do a fucking cork 9 or a preztel its just by practicing these moves that you get better and yeah balancing drills will sure help you on rails but you had spent these hours doing rails instead of balancing drills... thats what i think but you know i'm ignorant

Franny
Posts: 3980 - Karma: 70
Karma: 70
Posts: 3980
Addict
If they are really racers that go super fast than yeah they would be sick. That means they have huge balls to try shit in the park.

skifiend
Posts: 2063 - Karma: 13
Karma: 13
Posts: 2063
Addict
we are all skiers.  period.  once you get older and realize that stupid arguments like this get you/us no where!  it's like comparing skiers and snowboarders, east coast vs west coast, blacks vs whites, christians vs muslims...it's all pointless.

ColbyV
Posts: 1125 - Karma: 57
Karma: 57
Posts: 1125
Insane
alright this is the deal (for the most part): Racers are only good on groomers and steeps/ Park Rats are only good in the park/ Mogul Skiers are best at moguls but decent everywhere else, imo mogul skiers are the best all around, then racers, then park rats

Klick_2_klaim
Posts: 3396 - Karma: 25
Karma: 25
Posts: 3396
Addict
errrrrrrrr some of yhour most all time favorite jibbers and park extremists are from the mogul scene.

morocco_mole
Posts: 635 - Karma: 17
Karma: 17
Posts: 635
Ridiculous
who has footage of ralves jibbing, i want to see it.  racers at mt hood are fucking faggots btw

alot of you guys on here need to do some research and find out where skiing came from, how it progressed, and what the spirit of it was all about.

skiingonskis
Posts: 2075 - Karma: 247
Karma: 247
Posts: 2075
Addict
probably one of the smartest replies ever...just make it simple and think about it.  racing made me a better skier, but so did every other day that ive skied...its simple, the harder you work, the better you sill be, whether it be through racing or just sucking up and learning how to ski before getting into the park.
Aug 28 2008 7:55PM 0 0

schlopy
Posts: 818 - Karma: 6,990
Karma: 6,990
Posts: 818
Insane
funny cause my friend at school claimed the same thing then i watched his team video's of them freeriding and it was fucking comical. Yeah they did the tricks, but damn you could tell they weren't freeriders and he was talking all the freeriders down like my team can school the freeriders. FUNNY
Aug 28 2008 7:56PM 0 0
All times are Eastern (-5)