What do YOU think should be added to the constitution

ECGove
Posts: 1947 - Karma: 73
Karma: 73
Posts: 1947
Insane
im writing a paper for my government class where i propose 3-5 amendments to the us constitution, so my question for you is: What rights would you like to have? or what restrictions do you think should be put in place?

but lower the drinking age to 18 would be good.

IcePointa
Posts: 1879 - Karma: 19
Karma: 19
Posts: 1879
Insane
Let's make it to where congress writes legislation but the American people vote on them over the internet instead of congress doing both.

Haha, would work great till china hacked the voting site. Honestly I'd be scared to see how people would vote though.

PurpleSkier
Posts: 5634 - Karma: 311
Karma: 311
Posts: 5634
No Life
I want my civil liberties back, but I don't think that should count as a new amendment. It's something our country should have never lost.

1. Legalize it.
2. Lower the drinking age.
3. National Healthcare in the Constitution.
4. Military Force used as peace keepers and in defense of our own borders. 20/80%
5. Mandated funding for education. Encourage people to seek hire education

a woman does not possess the right to have a baby unless both parties involved agree upon it. if the woman decides to have the baby without permission by the man involved she should not expect to receive aid from the man for 18 years.

Legalize drugs (people will always find a way to get high, no matter what).

To ensure reproductive rights of women
To force the Congress and President to agree to a balanced budget, with overspending allowed only in the case of a three-fifths vote of Congress
To ensure that all children who are citizens have a right to a "free and adequate education"
To specifically permit prayer at school meetings and ceremonies
To allow non-natural born citizens to become President if they have been a citizen for 20 years
To specifically allow Congress to regulate the amount of personal funds a candidate to public office can expend in a campaign
To ensure that apportionment of Representatives be set by counting only citizens
To make the filibuster in the Senate a part of the Constitution
To provide for continuity of government in case of a catastrophic event
The "Every Vote Counts" Amendment - providing for direct election of the President and Vice President, abolishing the Electoral College
To clarify eminent domain, specifically that no takings can be transferred to a private person except for transportation projects
Providing a right to work, for equal pay for equal work, the right to organize, and the right to favorable work conditions
To allow the President to reduce any Congressional appropriation, or to disapprove of same (akin to a line-item veto)
108th Congress (2003-2004)

To lower the age restriction on Representatives and Senators from 30 and 25 respectively to 21
To ensure that citizens of U.S. territories and commonwealths can vote in presidential elections
To guarantee the right to use the word "God" in the Pledge of Allegiance and the national motto
To restrict marriage in all states to be between a man and a woman
To remove any protection any court may find for child pornography
To allow Congress to pass laws for emergency replenishment of its membership should more than a quarter of either house be killed
To place Presidential nominees immediately into position, providing the Senate with 120 days to reject the nominee before the appointment is automatically permanent
107th Congress (2001-2002)

Calling for the repeal of the 8th Amendment and its replacement with wording prohibiting incarceration for minor traffic offenses
To specify that progressive income taxes must be used
To specify a right to "equal high quality" health care
To limit pardons granted between October 1 and January 21 of any presidential election year
To require a balanced budget without use of Social Security Trust Fund monies
To allow for any person who has been a citizen of the United States for twenty years or more to be eligible for the Presidency
To force the members of Congress and the President to forfeit their salary, on a per diem basis, for every day past the end of the fiscal year that a budget for that year remains unpassed
106th Congress (1999-2000)

To clarify the meaning of the 2nd Amendment
To provide for the reconfirmation of federal judges every 6 years
To force a two-thirds vote for any bill that raises taxes
To repeal the 16th Amendment and specifically prohibit an income tax
To provide for removal of any officer of the U.S. convicted of a felony
To permit the States to set term limits for their Representatives and Senators
103rd Congress (1993-1994)

To allow a Presidential pardon of an individual only after said individual has been tried and convicted of a crime
To allow Congress to pass legislation to allow the Supreme Court to remove federal judges from office
To provide for the reconfirmation of federal judges every 10 years
To provide for the recall of Representatives and Senators
To remove automatic citizenship of children born in the U.S. to non-resident parents
To enable or repeal laws by popular vote
To define a process to allow amendments to the Constitution be proposed by a popular ("grass-roots") effort
To force a three-fifths vote for any bill that raises taxes
To prohibit retroactive taxation
To provide for run-off Presidential elections if no one candidate receives more than 50% of the vote
To prohibit abortion
To bar imposition on the States of unfunded federal mandates
102nd Congress (1991-1992)

To disallow the desecration of the U.S. Flag
To allow a line-item veto in appropriations bills
To expand the term of Representatives to four years
To force a balanced budget
To prohibit involuntary busing of students
To make English the official language of the United States
To set term limits on Representatives and Senators
To repeal the 22nd Amendment (removing Presidential term limits)
To guarantee a right to employment opportunity for all citizens
To grant protections to unborn children
To provide for "moments of silence" in public schools
To allow Congress to regulate expenditures for and contributions to political campaigns
To provide for the rights of crime victims
To provide for access to medical care for all citizens
To repeal the 2nd Amendment (right to bear arms)
To prohibit the death penalty
To protect the environment
To repeal the 26th Amendment (granting the vote to 18-year olds) and granting the right to vote to 16-year olds
To provide equal rights to men and women

t-roy
Posts: 4041 - Karma: 46
Karma: 46
Posts: 4041
No Life
you might think so, but you would be wrong. the y chromosome is much smaller than the x chromosome and contains less dna. there are other things that every single one of us got from our mother though. certain things just aren't carried on those little sperm
Sep 16 2007 10:38PM 0 0

And even if it is a boy, each parent contributes the same number of chromosomes. I would say for a boy, the Y chromosome is just as or more important than the X chromosome.

While encoding less information, the information it does contain is essential to his very manhood.
Sep 16 2007 10:41PM 0 0 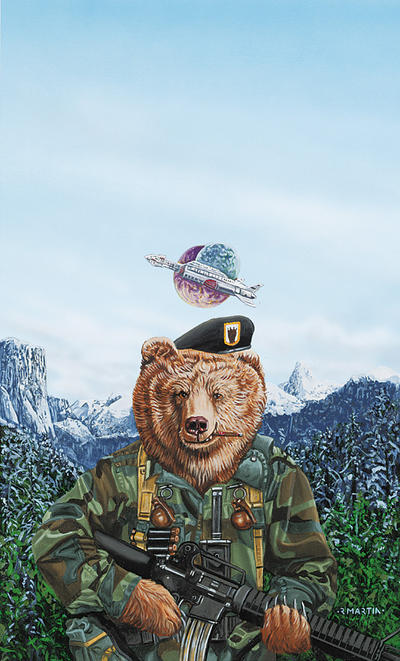 Potatoes
Posts: 1131 - Karma: 14
Karma: 14
Posts: 1131
Insane
i think we should change it so that bud in america is like bud in canada - it's not legal, but it's not illegal. they'll take it away from you and be mean and make fun of you, but they won't take you to jail, tell your entire school community that you're a 'thug,' or make everyone around you think you're a total drug addict, and have them send you to rehab.

cobra_commander
Posts: 16907 - Karma: 4,634
Karma: 4,634
Posts: 16907
Post Whore
Legalizing gay marriage (so that a legal union between two homosexuals is legally treated as the same as a same sex marriage)

Legalize marijuana, it is much less dangerous then alcohol and provides a great opportunity for taxation. by the way I do not smoke it.

IcePointa
Posts: 1879 - Karma: 19
Karma: 19
Posts: 1879
Insane
Retarded. Even though I am against war and killing people, I should be forced to risk my life to kill people I have nothing against.

And if I don't, I'm not allowed to vote for non-morons who aren't going to be starting any wars?

Being a soldier in an unjust war is as good as murder. If you can't see that you're a moron and deserve to be a slave to those in power. Wake up.

jacqui-la-fripui
Posts: 1119 - Karma: 12
Karma: 12
Posts: 1119
Insane
the united states disobeys the constitution all the time so it doesnt matter.

charmander
Posts: 10636 - Karma: 363
Karma: 363
Posts: 10636
Crazy Fool
no fuck you, one of my best friends is a marine, i am against the war and what not but... i got flamed for what i said this is sooooo much worse, and its not even a possible misunderstanding on my part right now.

cobra_commander
Posts: 16907 - Karma: 4,634
Karma: 4,634
Posts: 16907
Post Whore
No, it is not a bad idea. People would be much more cautious about war if they new that their sons and daughters would be fighting in it. Do you think that Georgy Bush and Dick the real runner of the country, would have pushed the Iraq war so heavily if they knew that their daughters had a high probability of serving on the front lines.  Serving in the military for a mandatory 2 years after high school would do the U.S. a world of good. For one everyone would gain a much more profound respect for their country (something that is lacking right now) It would also get young Americans to be much more politically aware of what is going on since they know that it will have a very direct effect on them. Also there would no longer be troop shortages like there are currently. This would result in shorter tours of duty, meaning that the soldiers would see their families more often.
A mandatory 2 year service requirement would also tend to result in more college students since those that could not afford college tuition would be able to use their pay from being in the armed forces (no food or housing costs) to help finance their tuition, along with a newly reinstated G.I. bill.

A 100% draft would defiantly be a good thing for the United States of America. Why do you think that some men and women should be ready to die for you, and yet you should not have to take any responsibility for the freedom you enjoy?