So i just spent one hour writing a review and NS fucked up and disconnected. So heres another, shity one.

So i picked them up on Thursday, skied them on Friday and the de-lammed by Saturday and were taped up by Sunday.

First and second days were both on groomed runs and crusty old crud and moguls. On the groomed they were not really too bad, they hold an edge really well for a fat ski but are by no means fast edge-to-edge. In the crsty old stuff they were not fun and in the moguls they were probably a bit worse, since i can't ski moguls and they are so wide and unmanoverable in really tight spaces.

Third day, it puked overnight and we went up to Alta. The skis were pretty awsome in the new snow. They floated really well and were good at blasting through crud, albeit, with a duct taped tip. My mid day it was all pretty skied so we had to hike to get some decent stuff. These skis do weigh a lot. Might be the bindings though, i didn't have a chance to pick them up before mounting.

Fourth day, was at Powder Mountain with completely new, fresh, untracked, deep powder. I really cannot explain how good they were in the pow. It was just so easy to arc huge turns, unlike anything else iv ever skied. We were skiing fresh pow all day, no tracks, no people, and these simply performed. After lunch, we went cat skiing at they were great there aswell. There were a few tight chutes and some trees and everything was good. If you look ahead then they will be great in the trees, just know where you're going. Plan too late, and you probably will hit something. As for the bindings, they probably save dmy ankle and my knees.

Fifth day, i skied a few fresh lines and got my pass pulled for it, but it was my fault, and worth it, since they were so sick. Got a new pass and took them to the groomers. They ski switch well, so well infact. I could never ski switch before but these just make it so easy. I was skiing whole runs backwards, easy as pie.

Day six, we went to Snowbasin. I just stuck to the groomers and skied sitch all day long. So much so, that i am almost as comfortable backwards as forwards. Its just that easy. Snowbasin has a small park which i didn't go near, so as not to void my warrenty.

Day seven. We got fresh at Alta again and thw sksi were good, as expected. I took them back to get warrantied and i jumped on a plane back to Scotland. Good holiday, brilliant skis. Pitty about them de lam.

Also, they butter super easy, in pow and on groomers and i found that they were also really stable at high speed despite the softness. I got them up at 60mph (GPS) and they were pretty good to me, until you get backseat and they get slightly hooky. But stay over the binders and you're good to giv'er.

Love_Wins.
Posts: 5536 - Karma: -8
Karma: -8
Posts: 5536
No Life
not if it's caused by the rails, for instance, if you blow out an edge as a result of hitting rails hard, that isn't covered. But if you have a tip delam it should be fine, cause it obviously wasn't caused by sliding rails, and LINE is really good about warranty issues, the best in the industry if you ask me...alot of times they'll send you new skis, or even different skis than what you bought (I heard someone had an issue with the Eric Pollard Pro Model from a couple years ago, sent them in and got a pair of Elizabeths) with no questions asked.
Feb 18 2007 3:16PM 0 0 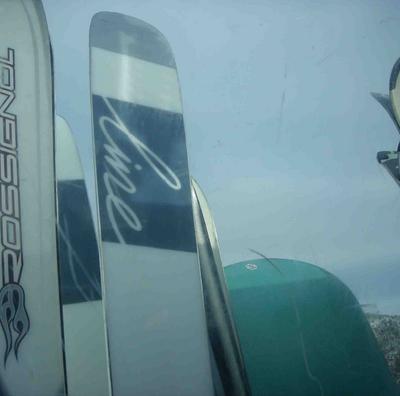 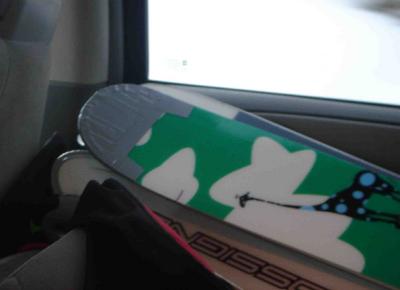 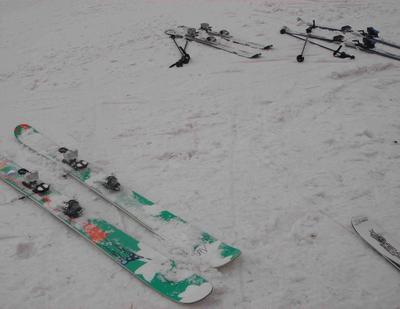 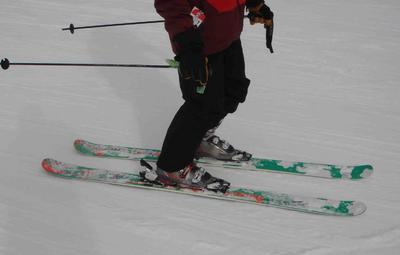 reezyfbaby
Posts: 2308 - Karma: 9
Karma: 9
Posts: 2308
Addict
my buddies bacons delammed the first day too. its because they stop the core before the tip, so its just the base material epoxied to the top sheet, and you cant really bond plastic to plastic without heating it up, especially if its two smooth surfaces.
Mar 3 2007 3:23AM 0 0