How did he not see charges coming on him though. You cant just go take someone from another country and bring em back. Kidnapping. Of all people, HE should have known better,
Sep 20 2006 2:24PM 0 0 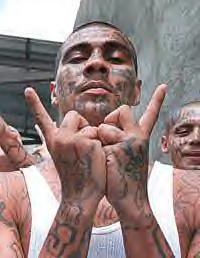 "How did he not see charges coming on him though. You cant just go take someone from another country and bring em back. Kidnapping. Of all people, HE should have known better"

SO
clearly he went into another country and brought back some people who were wanted... its illegal to just go into other countries and bring people back.

i thought i had more but i aint fuckin with them

here's the short version:
Dog, Leland and Tim were taken into custody by U.S. Marshals early Thursday, September 14 in connection with charges stemming from their 2003 arrest of convicted serial rapist, Andrew Luster.

Andrew Luster, the famed heir to the Max Factor cosmetics fortune, was convicted of drugging and raping three women over a four year span. During his trial in 2003, Luster fled the country to Mexico.

In June 2003, Dog and his team tracked the fugitive Luster in Puerto Vallarta, Mexico, where he was living under an alias, and arrested him. As bounty hunting is illegal in Mexico, Dog, Tim and Leland were arrested by the Mexican authorities and Luster was handed over to the United States government by the Mexicans. He was subsequently found guilty and is currently serving a 124 year prison sentence.

Bounty hunting is illegal in Mexico, and Dog, Tim and Leland were arrested by the Mexican authorities. After being released on bail, Dog, his family and team, returned to Hawaii and to their lives as bounty hunters.

jacqui-la-fripui
Posts: 1119 - Karma: 12
Karma: 12
Posts: 1119
Insane
what that guy did was bad but bounty hunter i hope he fucking dies for being a vigilante cop faggot motherfucker to go to mexico and bring somebody back. If mexico wants to be a safe haven from the american law then they should be allowed that. we have no reason to police the entire motherfucking world

=FLO=
Posts: 1969 - Karma: 39
Karma: 39
Posts: 1969
Insane
You are one ignorant fuck
Why should Mexico be a safe haven for criminals?
Last year a guy killed a cop in Denver and fled to Mexico, they tracked his ass down and he is now serving life in prison, deservedly. The guy who Dog went and got in Mexico drugged and raped several women, why should he be able to hide in Mexico? Think before you type dipshit

Melvs
Posts: 15174 - Karma: 479
Karma: 479
Posts: 15174
Post Whore
ryno, what you are missing is Dog's past....  He was a sargent of arms in a motorcycle gang and did a few stints in fedral prisons for his involvent in the gang (and I believe some murders..?).  While in jail he found god/jesus and became a religious man, and here he is today.  But don't doubt he's not a true badass, I mean... sargent of arms in biker gang... badass.

His whole family is tough! He will put the dirty mexicans in their places... bending tacos 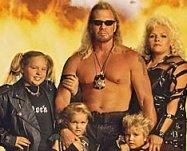