dom_uk
Posts: 1560 - Karma: 12
Karma: 12
Posts: 1560
Insane
Ok so i think the skull candy tis are sick so im buying a pair, im english and ski dry slope a lot so its not like its a big ethical issue whether i should listen to music whilst skiing or not i just want to know if they will l last up if i fall etc.??
im not plannin on skiing with them if im doing much spinning etc. because i normaly put my helmet on for that but jus for skiing about?
thanks
Sep 13 2006 10:58AM 0 0

Tha_Grouch
Posts: 2216 - Karma: 14
Karma: 14
Posts: 2216
Addict
as for just skiing around they'd definitely be fine, however if you fall directly on them, with some force, you'd most likely break them... but anything would. But I'd have to say.. if you fall your probably not gonna fall right on your ear... so in that case, they'd just fly off.. and probably be fine.

Nicholas.
Posts: 10905 - Karma: 58
Karma: 58
Posts: 10905
Crazy Fool
if anything i would say get the smokin buds so you can ski with them and buy something of higher quality for listening to music other times. they really arent very good headphones and at this point everyone has them so its not like it matters that they look cool.
Jul 7 2007 8:19PM 0 0

fakie_jibber
Posts: 341 - Karma: 10
Karma: 10
Posts: 341
Loner
I'm happy someone did point that out. I dont know how or why Skullcandy is now the reference in sound, but their audio quality is shit. Go with Sony headphones, which will cost you roughly 60$, and the sound quality is amazingly superior to SC, and u don't look like a tool walking around with them on.
Jul 7 2007 8:20PM 0 0

kepler.
Posts: 8761 - Karma: 139
Karma: 139
Posts: 8761
Crazy Fool
i'll agree that A LOT of the people with skullcandy's have them simply becuase they are the "in" thing to have. but they do cater to our intense lifestyle with an amazing warranty. i don't own a pair but i plan on buying the skullcrushers next year simply because i can get them for basically free. but i don't know why people rag on people for having them. for as cheap as you can get them on ebay i don't know why some people don't get them
Jul 7 2007 9:47PM 0 0

Fish_Sandwich.
Posts: 9108 - Karma: 11
Karma: 11
Posts: 9108
Crazy Fool
HOLY FUCK
why would anyone buy skullcandy ever, you can get AKG 81 DJ's for $60, that's what like $20 more than the cheapest T.I.'s you can find. I was going to buy skullcandys and then I did a little research on good heaphones and skullcandy's suck a fat dick. Buy some real headphones. I fucking love my AKG's they are amazing headphones.

And if anyone says shit about "ohh skullcandy is a core company," you can suck my fat cock, I guess you choose garbage products just cause you want to support the ski industry, ok good for you, but I'll take quality over that bullshit anyday. Sorry for the rant but seriously do yourself a favor and buy some decent cans. I promise you won't regret it!
Jul 7 2007 11:00PM 0 0

mothaeast
Posts: 2923 - Karma: 13
Karma: 13
Posts: 2923
Addict
Jea, I just got AKG 181 DJ Pro's for like 150, they are the best headphones ever. I've owned SkullCrushers, they were good for a while, until I realized their quality blows, both sound, and construction, the wire got torn after 4 or 5 months of casual use and packing into the case. Compare specs of SkullCandy to AKG or any higher class headphones and you will realize how shitty Candys are. They might look good, but not when everybody has them, sporting them like they are so fucking cool. Damn it SkullCandy n00bs!!! buy quality headphones and realize for once that music can be transformed by a good set of headphones, and then plug them into a quality stereo instead of an iPod, which, while i use primarily, cuts out so much music quality its almost useless. You need to buy legit CD's from a stereo and play them on your stereo, and plug in some decent headphones, and THEN you are listening to music.

to the white TI's, the seemingly most common headphone around:

SkullCandys are bulky and over-padded, the joints are cheap plastic joints, and they have "Steezy" metal emo studs built in, while the AKG's waste no space or weight on metal study, have solid-built joints which would survive and thrashing due to their unique rotating pattern, and they look more modern and refined.

Well I suppose you can still buy SkullCandys if you want, they are, after all, much better than shit iPod buds, but I just want to share that if you want to have a real, full music experience, go for the extra bucks, buy some good headphones, some legit cd's, not downloaded ones, and treat yourself to a new level of music. Theres my SkullCandy rant, probably not very well-suited for this thread, but I just want to give my opinion and tell everybody that there is better stuff out there than Candys. Fin.
Jul 9 2007 12:08PM 0 0

woogity
Posts: 1136 - Karma: 22
Karma: 22
Posts: 1136
Insane
its all about icon/recruit. i have had mine for like almost 2 years and they have not blown or ever failed. they fit perfect around my head and dont fall off when im riding. they are way durable. they can fit on my head and then if im playing with them i can make it look like a ruler. in other words i can flatten it out and it wont break. i love them i think it is the best of the rest. get the icon/recruit you wont be dissappointed!
Jul 9 2007 12:31PM 0 0

and mothaeast im not gunna carry around a stereo with my while im skiing nor a cd player.
im sure they sound great, but how convienent are they if they only sound good with a stereo system?
Jul 9 2007 12:38PM 0 0

mothaeast
Posts: 2923 - Karma: 13
Karma: 13
Posts: 2923
Addict
yeah, thats sorta why i said my rant was irrelevant to this thread. still, they sound much better even on an ipod, plus, they go about 3 times louder, and block out as much sound as ear protectors. i can use them as speakers with my ipod turned all the way up, and with rockbox on your ipod, they are really really loud.
Jul 9 2007 12:51PM 0 0

DopeSauce
Posts: 1677 - Karma: 26
Karma: 26
Posts: 1677
Insane
I had icons and they held up greeeeat, slammed the crap out of em and never had a problem, but then the other day I didn't have my jacket on and the wire chord thing whatever caught on a fence and ripped open. Now only the left side works and so I gotta buy some new ones before I go down to the mtn. :(
Jul 9 2007 7:16PM 0 0 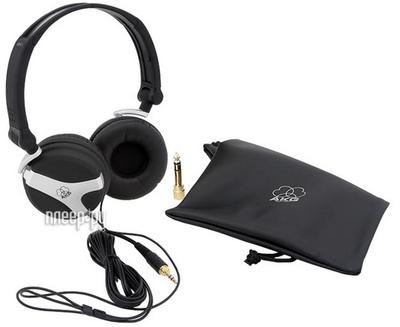 honestly though, get what you want. you're getting ripped off, but whatever. if you're skiing, sound wouldn't really matter, and i guess looks would be important, so skull candys kinda fit the bill.

I think earbuds are better for skiing too. I do own canal earbud type skull candies that i got for like $9 at fye. I'd recommend those though. really cheap, some noise cancelling, and leaps better than stock earbuds.