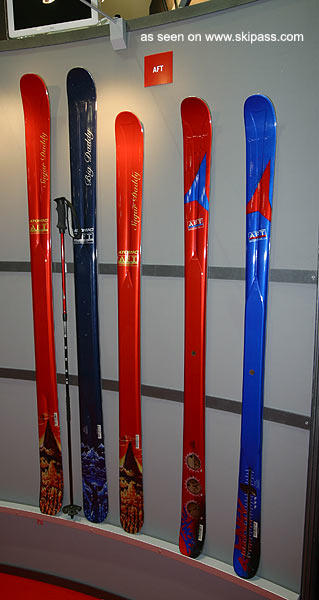 looks the same to me.

im gona have to go ahead and agree with steve on this one, your not a ski company until you have a line of skis. Shit, when i was 15 i tried the same thing, contacted engineering grads, the factory where Armada skis are made, sterbenz, i tried, then realized its not possible unless you have the resources to do it. I could say Action skis is a company that will release skis in 2015, but i wont, because im not retarded, ill believe it when i see it, untill then, claim on

then again....i guess painting a ski black, putting a sticker on it, and throwing a few rivets in does make it a completely different ski, maybe i was wrong.
Mar 2 2007 6:48PM 0 0

wdbo.
Posts: 4935 - Karma: 162
Karma: 162
Posts: 4935
No Life
such a silly thread
whats the point of bashing them and thier shit it doesnt make a difference to you real, it seems to me that you're just being unpleasant for the hell of it
wasting your breath guys