But i did see a cartoon in the Ottawa citizen today

Scope
Posts: 16 - Karma: 10
Karma: 10
Posts: 16
Newb
Doing the right thing? Are you kidding me? Global warming is pure grade A Alberta BULLSHIT! The same people who scream about this predicted we would be in an ice age right now. Then you have the blatant anti-americanism. I will never understand that either.
Jun 25 2006 11:29PM 0 0

Leave your insults and environmental-destruction thoughts in your ass and start worrying about the future.
Jun 26 2006 12:01AM 0 0

Either way, excess water in the oceans will halt the gulf stream and effectively start an ice age.

The Earth goes in cycles. Katrina was a big storm caused by abnormaly warm water. Ok. BUT, what about hurricane Andrew or whatever in 1991? THAT was huge, but for some reaosn not global warming material.
Jun 26 2006 6:04AM 0 0

Here is guy talking about that wonderful little movie of yours.

will987654321
Posts: 2092 - Karma: 11
Karma: 11
Posts: 2092
Addict
Did you see the movie? He addressed that very clearly. He said a world temperature change means that the equator changes very little, but the polar ice caps change much more, which has much more of an effect. I think the example was if world temperature goes up 5 degrees, the poles go up 17. Watch the movie and then try and argue with it. 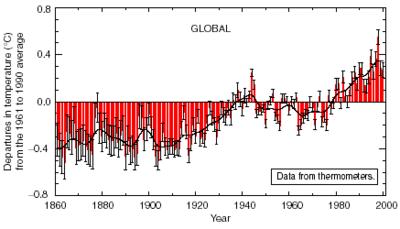 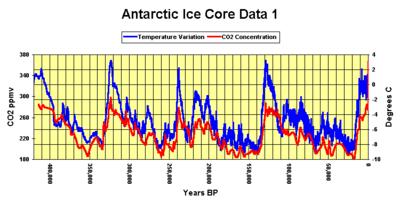 2nd link-
This is an example of what Gore said was slowing the process of fixing global warming. There are close to 0 scientific studies that disagree that global warming is happening and humans are causing it, while close to half of magazine and news articles are doubtful of it. This guy isn't even talking about the movie for most of the article. He claims that Antarctica is actually gaining ice, which is contradicted by your first link. Nice research there.

3rd link-
It makes an alright point, but the examples are completely unrelated. How exactly will creating higher mileage cars kill millions of people? Is the theory of global warming a product of blatant racism? The two are not even comparable. He even says, "In my view, there is only one hope for humankind to emerge from what Carl Sagan called "the demon-haunted world" of our past. That hope is science."
Jun 26 2006 11:04AM 0 0 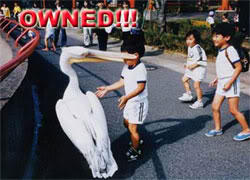 "It is a petition signed by nearly 17,000 US scientists, half of whom are trained in the fields of physics, geophysics, climate science, meteorology, oceanography, chemistry, biology, or biochemistry."

"And without US participation, any plan to curtail CO2 emissions is doomed - as it ought to be."

Now that's an example of real journalistic excellence. Way to be objective.

Now for the actual website. The author is a biologist, who studies mushroom formation and yeast physiology, so obviously he is a credible expert on global warming.
Here are some quotes from his "about the author" page:

"There is only one cause of all problems, which is satan and the evil persons who he controls."

"After getting significant results with mushrooms, I attempted to publish in the science journals but was locked out."

It sounds like he wants revenge on the scientific community for not publishing him.

"CO2 disolving in water establishes an equilibrium. Equilibrium means absolute regulation.
Production and sequestration of CO2 are totally irrelevant, because they do not regulate."

This is not true. Production or sequestration of CO2 are not irrelevant, because if you add CO2, the equilibrium changes, shifting one way or the other. LeChatlier's Principle. That's fucking 10th grade chemistry.

I would also like this guy to explain this graph, with his claim that "The effect of so-called greenhouse gases such as carbon dioxide is extremely minuscule." 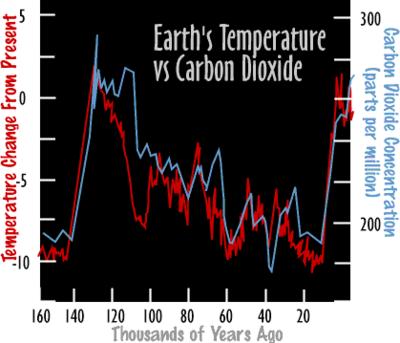 "Air has a much lower heat capacity than water, which means oceans can heat the air, but the air cannot significantly heat the oceans."

So, a glass of cold water will not eventually change to room temperature water. Right...

"The fact that there is so little variation in atmospheric CO2 over the centuries demonstrates that it is regulated."

Right, up until very recently. 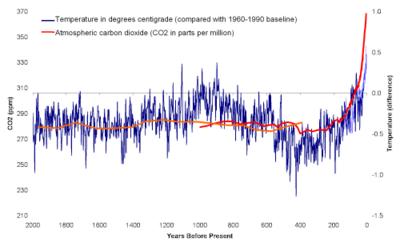 Plus, his spelling and grammar reflect his level of professionalism very nicely.

skier_boy26
Posts: 11293 - Karma: 484
Karma: 484
Posts: 11293
Crazy Fool
i saw it a few weeks ago and it was simply amazing. I for one had believed that global warming was a natural cycle. Indeed it is, however, we are adding upon that cycle, which could, and seems like it will, have devastating effects.
It is more of an eye opener, especially for those of us in the United States. Not so much that we are ignorant, but we can see the lagging effect we have in the government and regulations, which just isn't helping the problem. It is an important film for anybody in the world, just because it is a global effect.

I thought the movie was well constructed. There was a small amount of politics in the movie, but it is obvious that it shouldn't be a republican or democrat issue; it is an issue for all.

And it pisses me off that a lot of conservatives (especially on talk radio) are trying to pass this off as some liberal brainwashing propaganda. But it isn't. The facts are there. For those in doubt, you can obtain the same information almost immediately.

But this movie is a must see. I hate to think that a movie like this doesn't quite get as much buzz as Jennifer fucking Aniston in some bull shit comedy. This delivers a profound effect on a profound issue that will and does impact every single one of us.
Jun 26 2006 11:44PM 0 0

i found it rather interesting and im looking forward to researching the subject further myself...but for now i will say that the film was pretty one-sided and i will take it with a grain of salt until i have come to my own conclusions with more research on my part.
Jun 27 2006 1:28AM 0 0 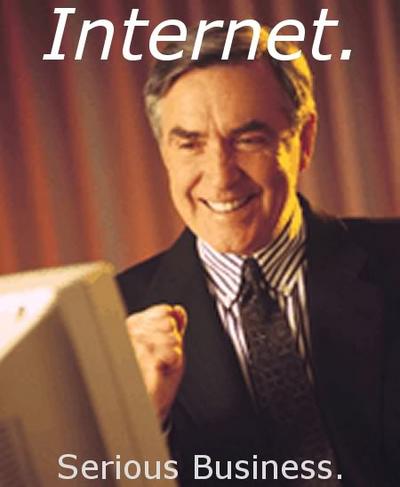 BurgRider
Posts: 1597 - Karma: 17
Karma: 17
Posts: 1597
Insane
Scope knows his stuff though im going to back him up since I really dont believe in global warming either. I admit that humans are causing some change in the earth but no where near as drastic as what al gore and the media make it out to be. The earth over its millions of years of existance has gone through warm and cold cycles.

If cars are causing global warming what caused the temperature rise during the 15th century? And we have only had instruments that can record weather patterns somewhat accurately for the last 100 years and actual decent instruments for at very most 20 years.

ThaLorax
Posts: 20539 - Karma: 4,898
Karma: 4,898
Posts: 20539
@th1337
There's always some ignorant fuck who's scared of the alternative that'll be there to say global warming doens't exist.  SEE THE FUCKING MOVIE BEFORE YOU TALK SHIT HERE.  He covers his bases very well and even shows the counter-arguments to his ideas/theories.  There is way too much proof now-a-days to say that global warming isn't real.  The people that say it's not are just too scared and ignorant to admit thier wrong.