TWoods
Posts: 9976
Karma: 925067
Posts: 9976
Crazy Fool
The avalance happened a little less than an hour after the gondola opened. The only way to know it was going to happend would have been a 7+ foot pit dug on the slope, which is unreasonable. The latest storm only dropped about a foot.

The crown, as you can see in the pics, is 6 feet tall. A very large avalanche can occur with only a 1-2 foot crown. (the crown is the depth that the snow started sliding at.)

Look at the people in the pics and how tall they are compared to the crown.

Last I heard, there were 3 people injured, none of which went to the hospital. No bodies were found when the avi was probed, and noone was reported missing.

THis is the official press release:

MAMMOTH MOUNTAIN, CA - At approximately 2pm on Monday, April 17, 2006, a post-control slide occurred at the top of Mammoth Mountain in the area of the expert run named Climax. As of 9pm, there have been no injuries or doctor visits related to this incident and there are currently no missing persons reported. Mammoth Mountain is cautiously optimistic that no one was caught in the slide and the search has been suspended for the night.

A storm dropped 11-12 inches of new snow on Mammoth Mountain overnight. Ski Patrol performed avalanche control in the area Monday morning as the storm cleared. They used explosives, including dynamite hand-charges, followed by a manual technique called ski cutting. The area was open for approximately 1 hour before the incident occurred.

The slide is described as a “soft slab slide” that extended 400-ft across and 650-ft long. Initial reports indicate the crown averaged 3 feet in height. 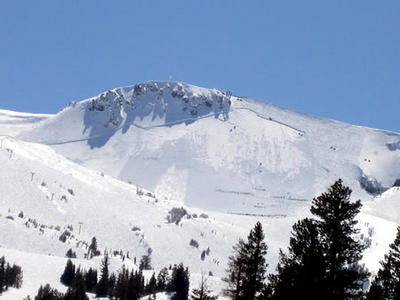 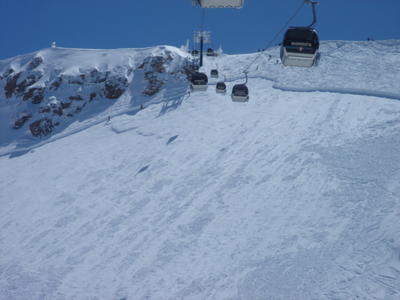 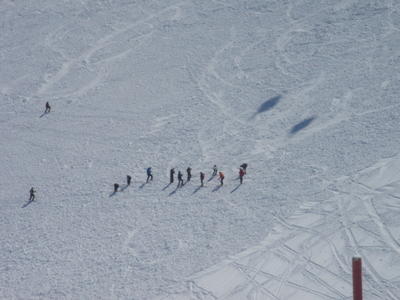 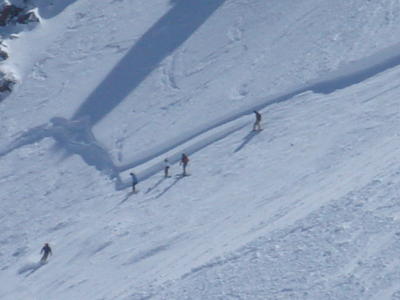 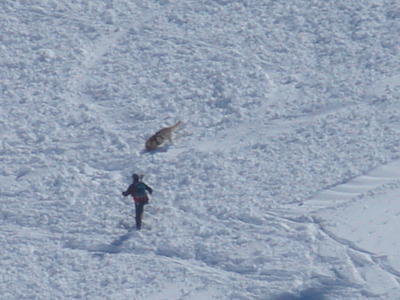 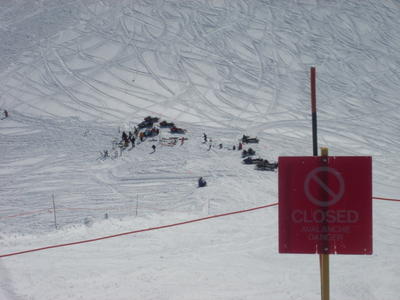 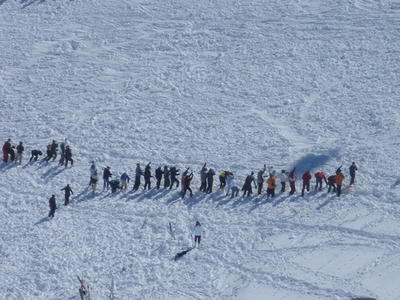 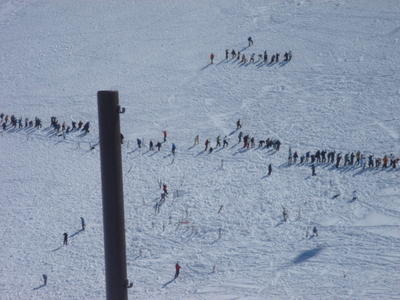 R.Fahey
Posts: 8606
Karma: 389589
Posts: 8606
Crazy Fool
Are you kidding me? have you seen how much snow they have? That mountain has so much gnar. Just because all you really see from it is park, doesn't mean it's not gnarley. And the weather there is intense. The mountain itself is a freaking volcano.
Apr 18 2006 9:08AM

Static
Posts: 8266
Karma: 67745
Posts: 8266
Crazy Fool
ahhhh, I read it happened anhour after the gondola opened which I assumed to be in the morning, then I read closer and it was at like 2 in the afternoon. If you call papa johns and get delevery and say you have a buy one get one free coupon you can score a free pizza because drivers don't have to collect coupons.
Apr 18 2006 1:37PM

Porbably the dumbest post ever, but this is not the thread to argue that on.

The slide there is HUGE and that face was hit with the big gun the day before...I cannot believe how much snow they have right now...where are the rocks??? there used to be a big rock band to the lookers left

I don't know how well you know the mountain, but MJB's is completely gone, like an extension of cornice. Hangman's isn't a chute, but a bowl, and there is another chute that magically opened up next to it on the rock side. You don't want to fall in it though.. it's hairy shit.

It opened up all sorts of new cliffs and stuff... usualy everything is too big, unexcessable or too flat, but so much is droppable right now.

since the face has become so less rugged, and smoothed with snow, the wind dumps snow into cornice.
Apr 18 2006 7:39PM

but usually in the spring/summer -

I have pics from hangmans last July 4th - my GOD i cant believe how filled in it is...

That frxture line is gonna wreck havock on anyone comming through heuovos (or any of those fun little pokes)
Apr 18 2006 7:44PM

I will be doing a lot of rando/mountaneering thus spring - hoping to get down to whitney once everything settles down...
Apr 18 2006 8:04PM

SammyBK
Posts: 270
Karma: 1437
Posts: 270
Loner
Definitely no way to air into huevos now. Unless you get a bunch of speed and air off the crown of this avy. I haven't been out in a couple weeks (school, etc) and even then, there were no rocks at the enterance to huevos. I am hoping not much has melted by this weekend because I want to hit up some of the rare lines down from TOTW. Baby hangmans looks completely doable from the top too. I am excited.
Apr 19 2006 1:53AM